Continuing the series, here is a very artistic snap of the castle in the western Swiss town of Bulle: 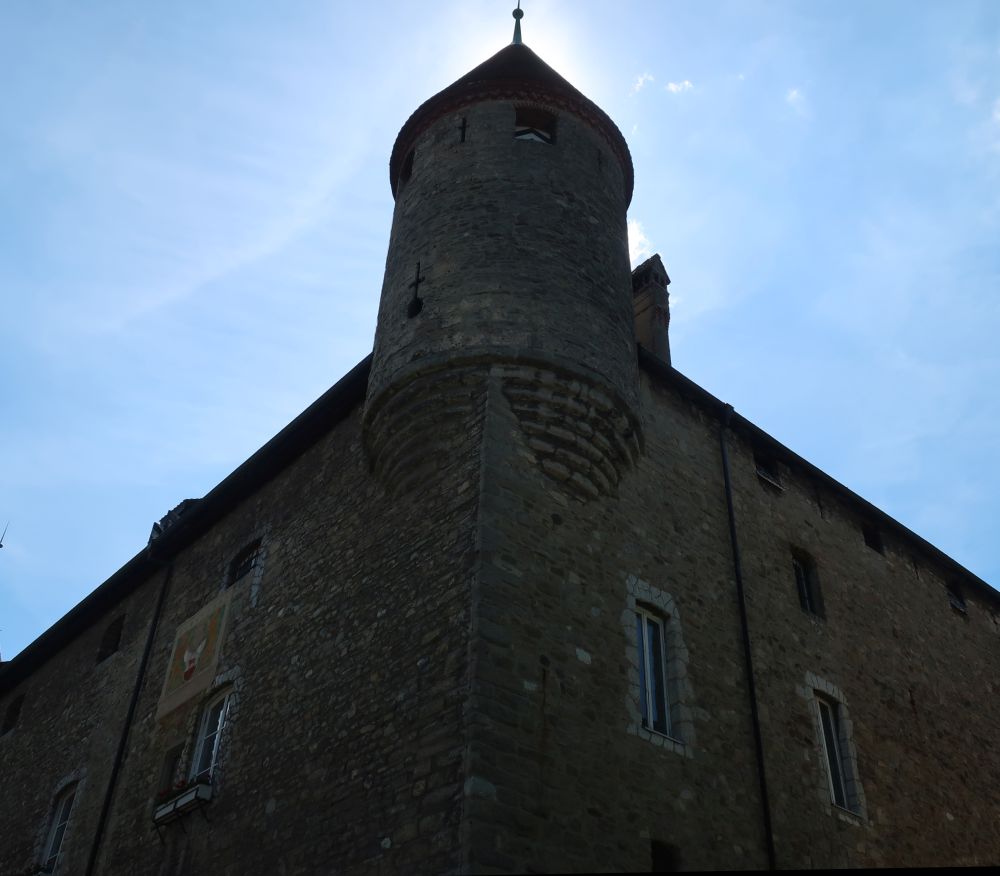 Continuing the series, here is a snap that shows just how huge and imposing the walls of this medieval city are:

Continuing the series, this snap gives a bit of the flavor of what it looks like in the city itself where – according to law – each structure with more than 1 story must look like an ancient Mesopotamian Zigurrat:

Continuing the series, there are people who’s passion is wildlife photography. I am not one of those people, but nevertheless I can never resist the chance to take a snap of a pink flamingo when I see one: 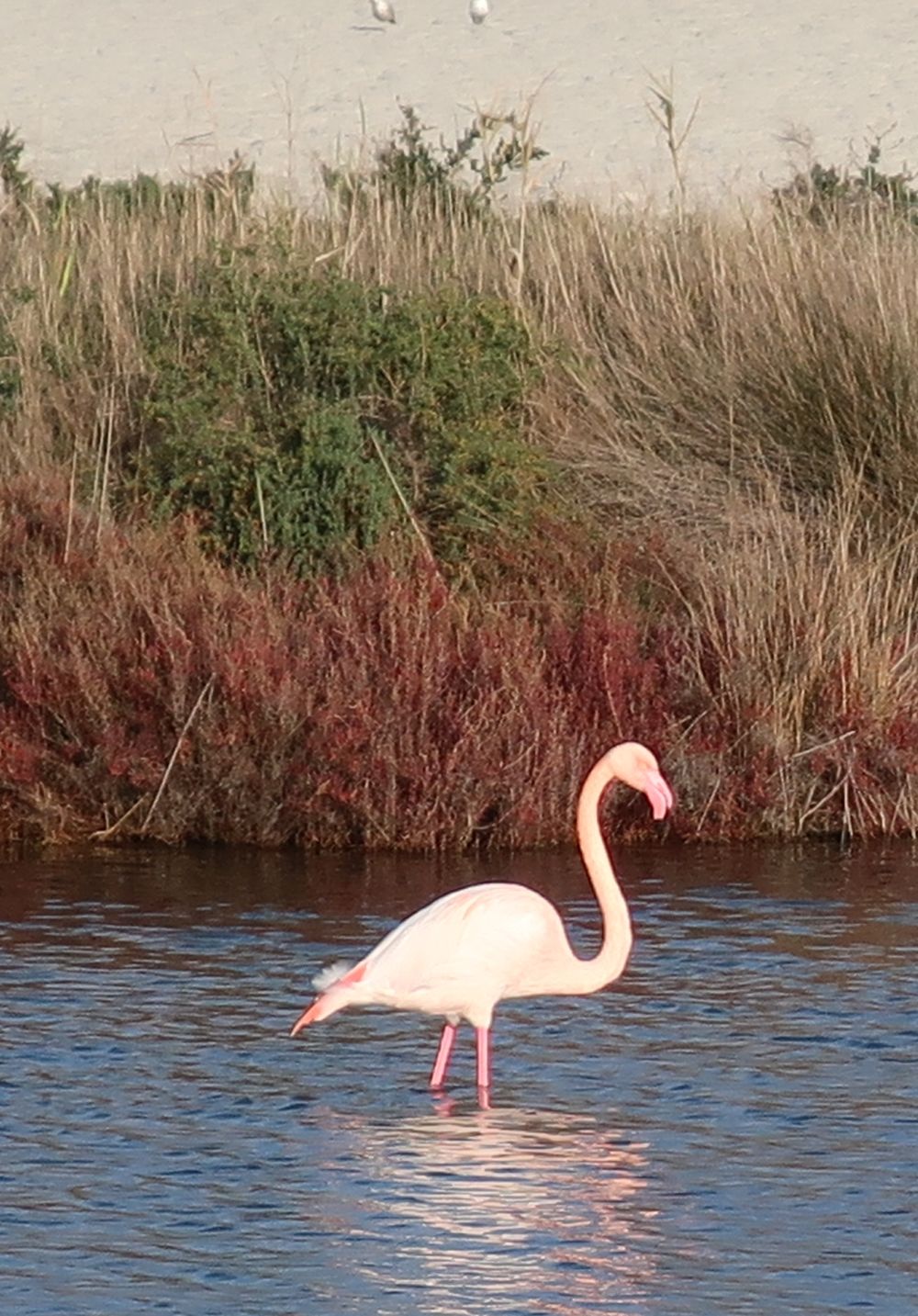 Continuing the series, I took this snap in the Ligurian coastal city of La Spezia, 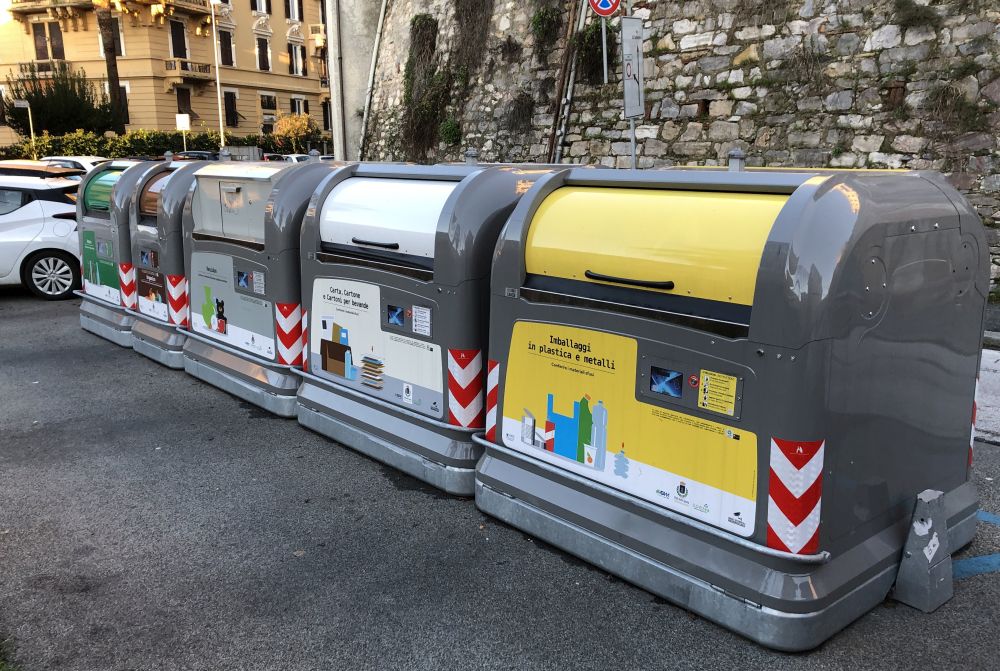 I think people often don’t stop and think about sights like this.  Each country – and quite often, each region within a country – makes a slightly different decision about what it finds worthwhile to recycle. What I find particularly appealing is the first container on the right – the yellow one. The city is collected used plastic and metal containers. Sadly, there is no way for me in Switzerland to separate out my used plastic and metal containers

France is world-famous for its information booths at their train stations, proudly labelled with the French word Accueil (Accueil is a French word that can be translated as out of order or not staffed). Although not technically useful for any purpose, they are like museum-type displays of what a working information booth would look like, if in fact it were staffed. 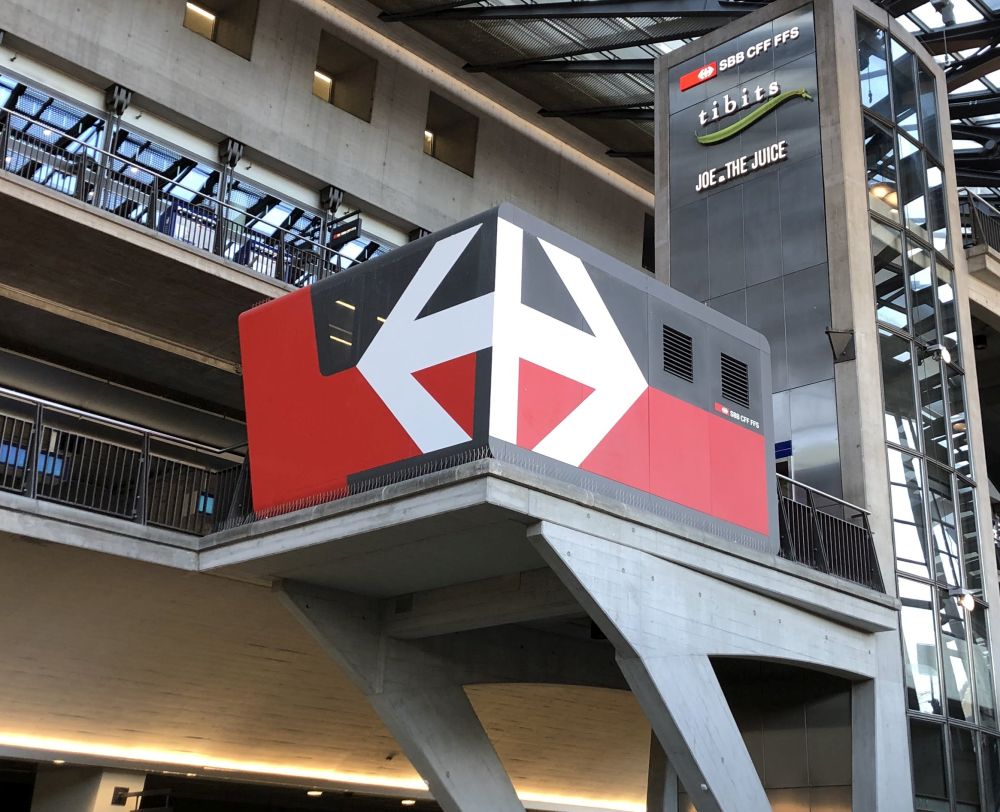 Continuing the series, here is a stunning, artistic snap of what has to number among the world’s most futuristic cities: 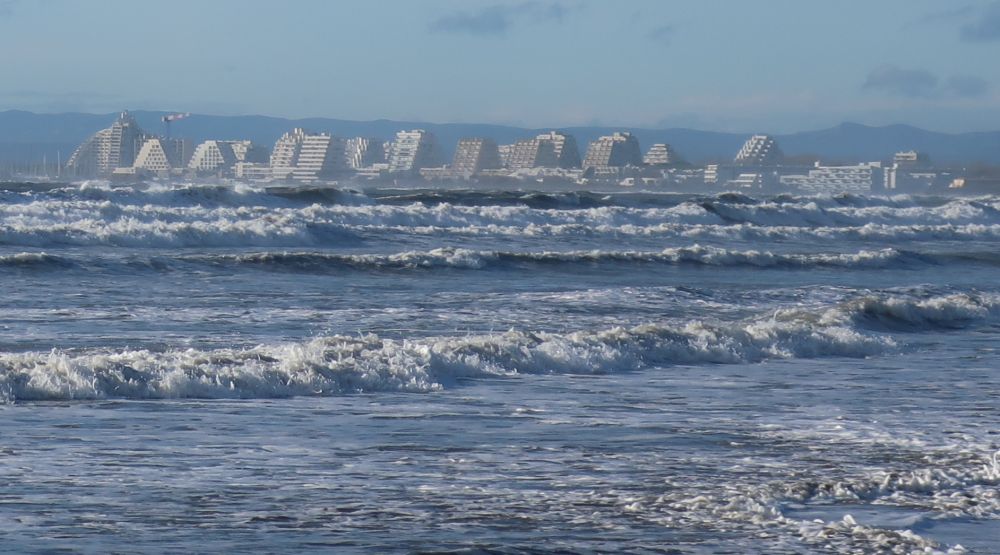 A few years ago I stumbled quite accidentally across the medieval walled city of Aigues-Mortes, located in the Camargue region of southern France.  I posted a few snaps of what it looks like inside the walls.

One of the most impressive things about the city is that it is located directly on canals that lead to the Mediterranean Sea, and in fact some of these canals divert the water into moats, as this snap shows: 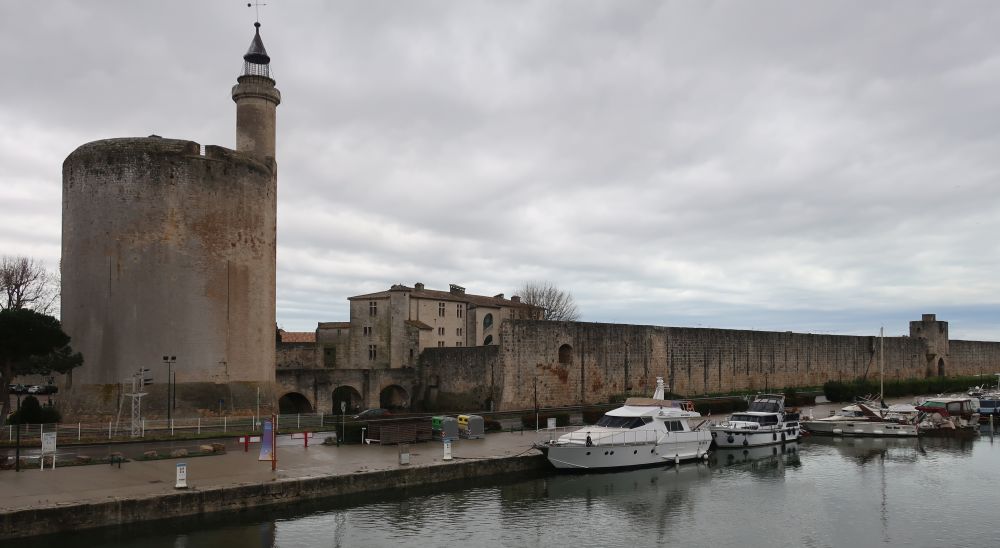 Every once in a while I encounter something strange and can’t identify it or its purpose – despite a bit of online investigation.

Here’s a good example. I took this snap just outside of the medieval walled village of Aigues-Mortes in the Camargue region of southern France: 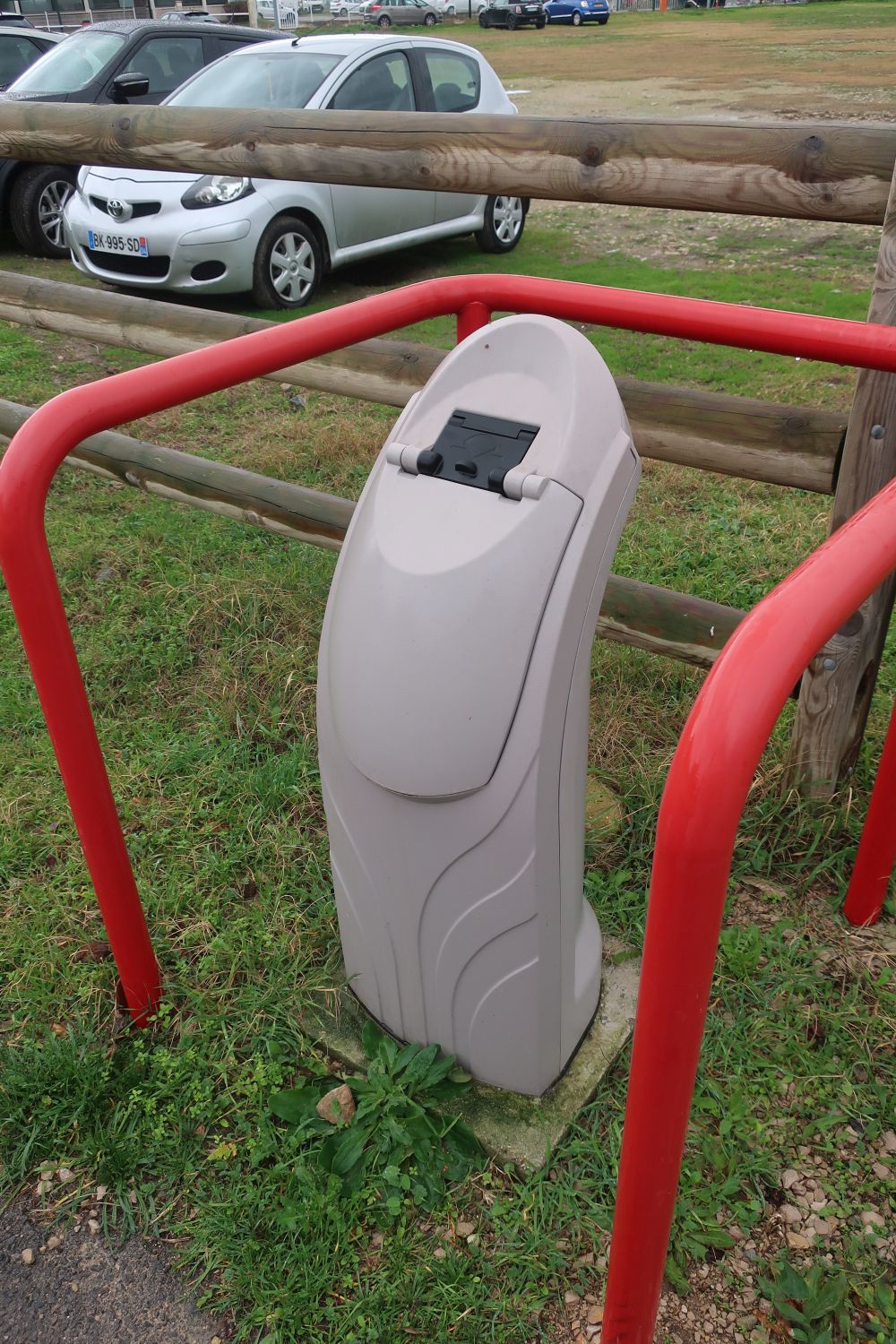 No writing on it. Facing away from the parked cars – or else I’d naively think it is some type of electric charging station. The oval bit in the middle looks to be a cover with a hinge, but there is no obvious way to open it. Even Google Images could not help me out.

I thought this pretty snap on a chilly winter’s morning was quite artistic, showing a locomotive of the Re460 class parked in front of the control center at the main train station in Luzern: 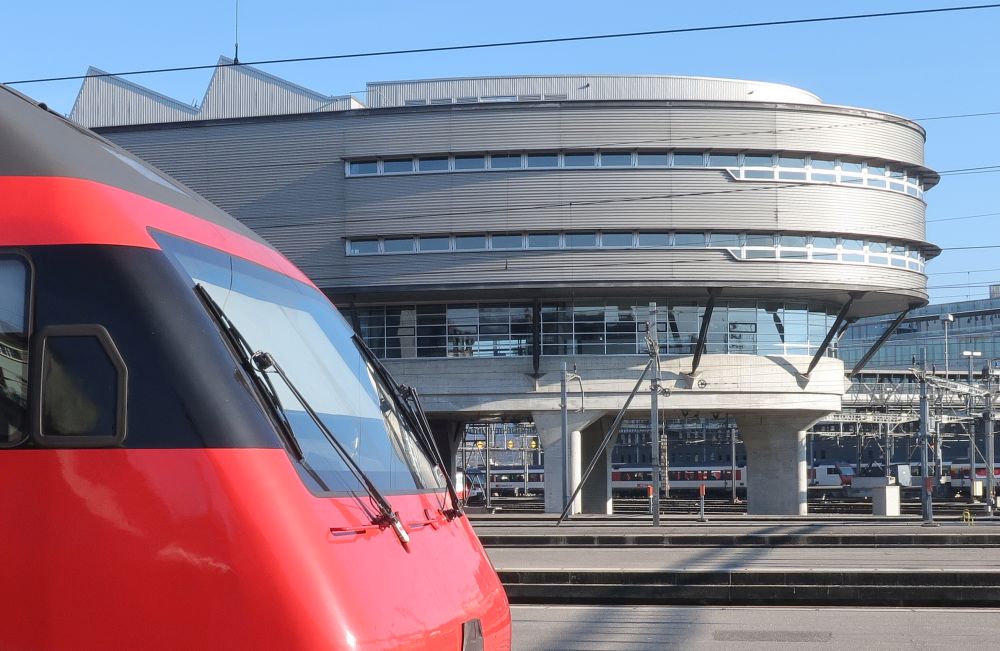 I thought this snap of a tourist boat on the Vierwaldstättersee (also known as Lake Lucerne) near the sacrificial Swiss city of Luzern was quite impressive: 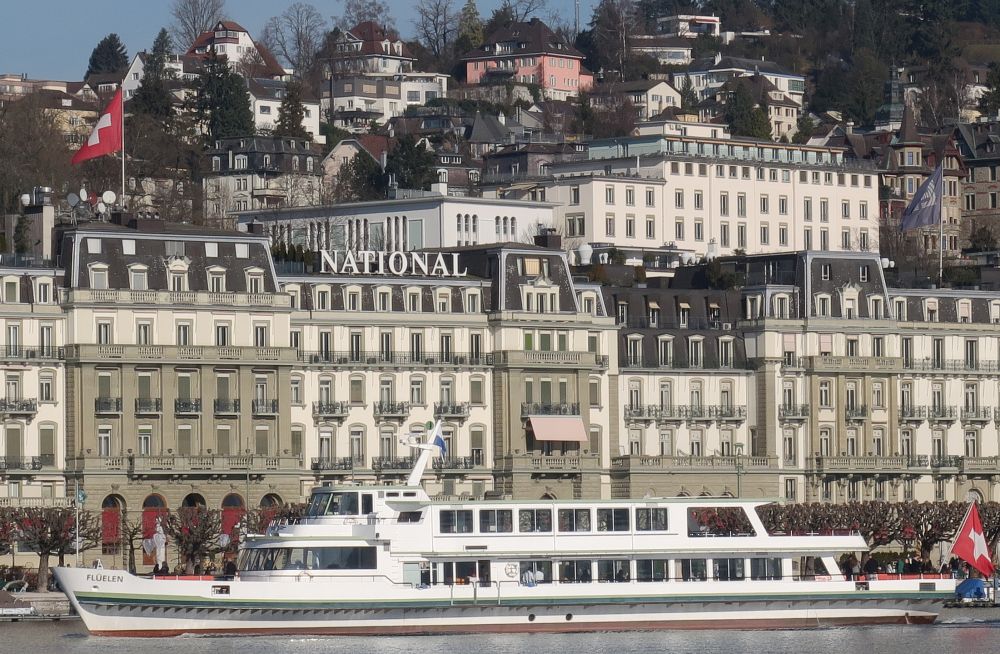 I always call Luzern the sacrificial city because I believe there is a very intentional conspiracy of the various Swiss chambers-of-commerce (Handelskammer) to channel tourists to Luzern, thereby preserving the much more impressive cities like Bern, unspoiled, for the locals to enjoy. I’ve you’ve been to Luzern, and if you’ve been to Bern, then you’ll know exactly what I am talking about!

A guest blog, by Arlene Ritley

Everyone has something they hate to do around the house.  So those particular tasks are often put off until the need arises, or the funds are available to hire someone to do them.

My husband would rather have a root canal then do the dusting.  I, on the other hand like to dust.  And if I may say so, I do a great job with a dust cloth and a can or bottle of spray wax.  Proper way to dust is the one chore in my family that has been handed down from one generation to the next.

But to get back to the topic “tasks I hate to do”.  I have two tasks I absolutely hate to do and that is

AH you say.  Only two tasks you hate to do.  Yes only two as I have, over the years, delegated more of these “hate to do” tasks to others in my family.

Cleaning the oven is easy to do now if you own a self cleaning oven. 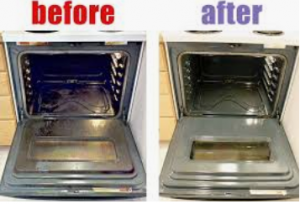 Not so easy to do if you do not have a self cleaning oven.  What I did years ago when stoves had to be cleaned by hand, was wipe up spills with a damp paper towel.  Then when my oven could no longer pass a sanitation inspection, for example my mother or mother-in-law were coming for an extended visit; I had no choice but to

I actually did this twice during my early years. 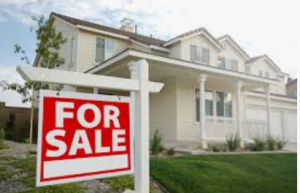 Cleaning the refrigerator is a little more complicated and one I absolutely hate to do. 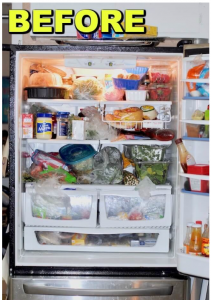 Take all the food out a shelf at a time.  Wash – Dry – Put the food back where it was, throwing out expired and unused bottles and jars.  Shelf, by shelf, by shelf.  That’s only the refrigerator.  You can’t forget the freezer.  But I found a way to get the task done.

One that lasted for a day and a half.  All the food went bad and had to be removed.  While my husband bagged up the food I cleaned and sanitized the entire refrigerator, in and out.  When I was finished my refrigerator sparkled like a diamond.  Power outages happen more frequently now with Global Warming.  When and if this happens again, you’ll know where I am and what I’m doing. 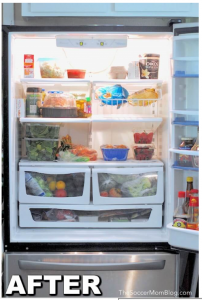 . . . delegate tasks you hate to do to someone else, then

. . . find a creative and out of the box way to do the few tasks you hate.

This guest blog was submitted by Arlene Ritley, an editor with the Island Moon Newspaper – one of South Texas’s largest community newspapers. 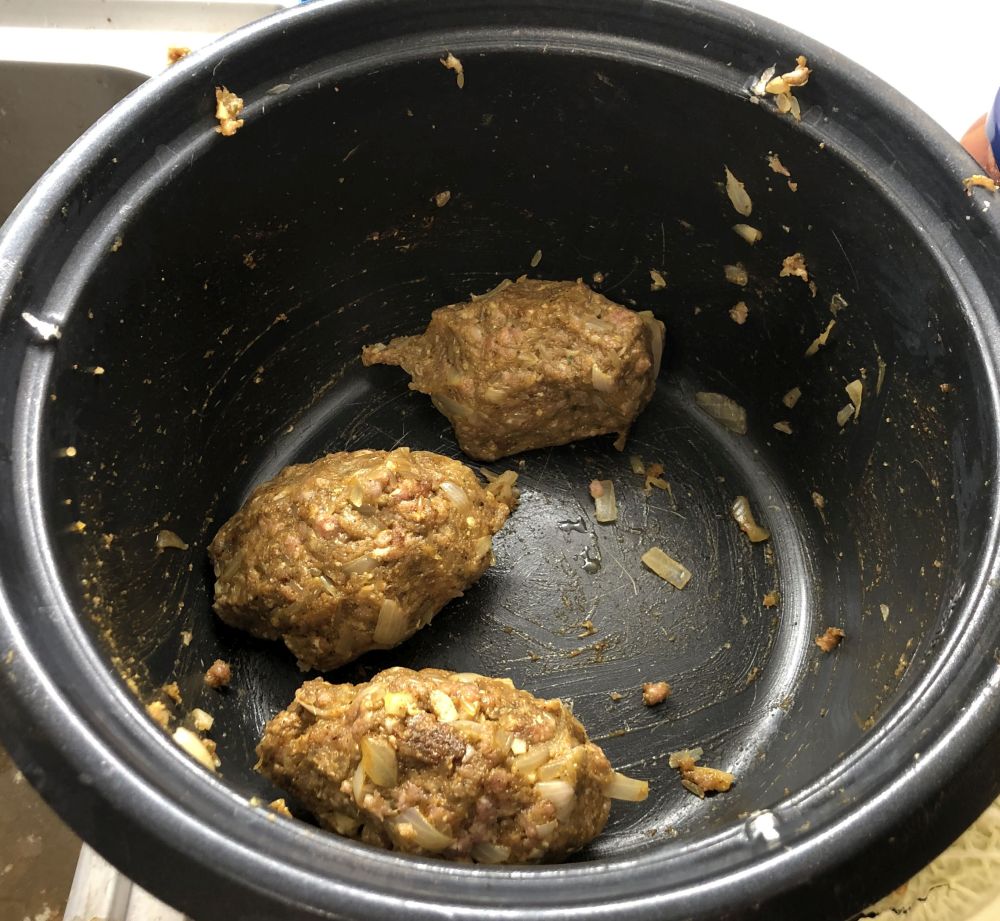 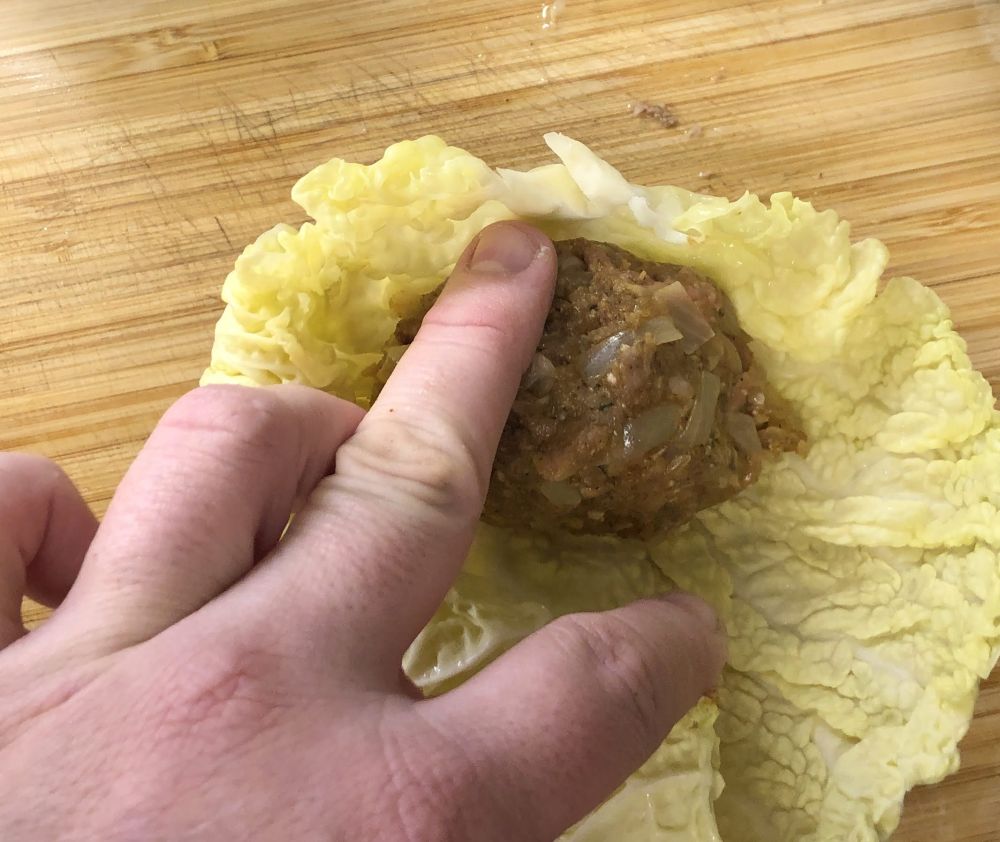 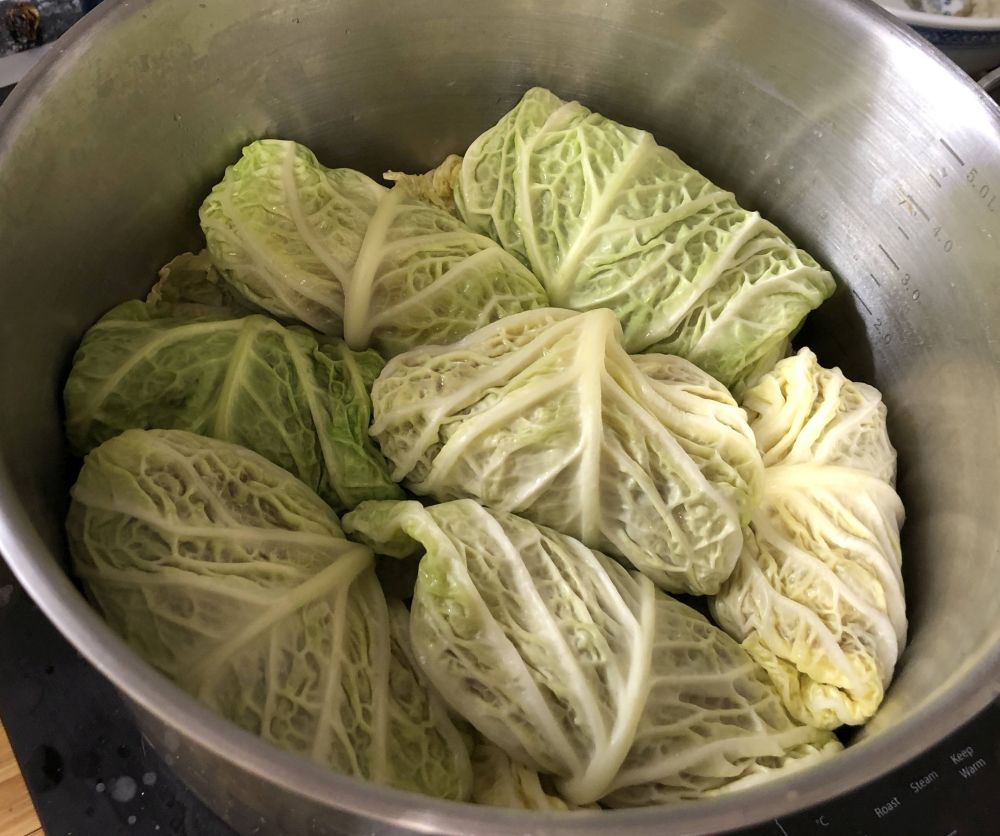 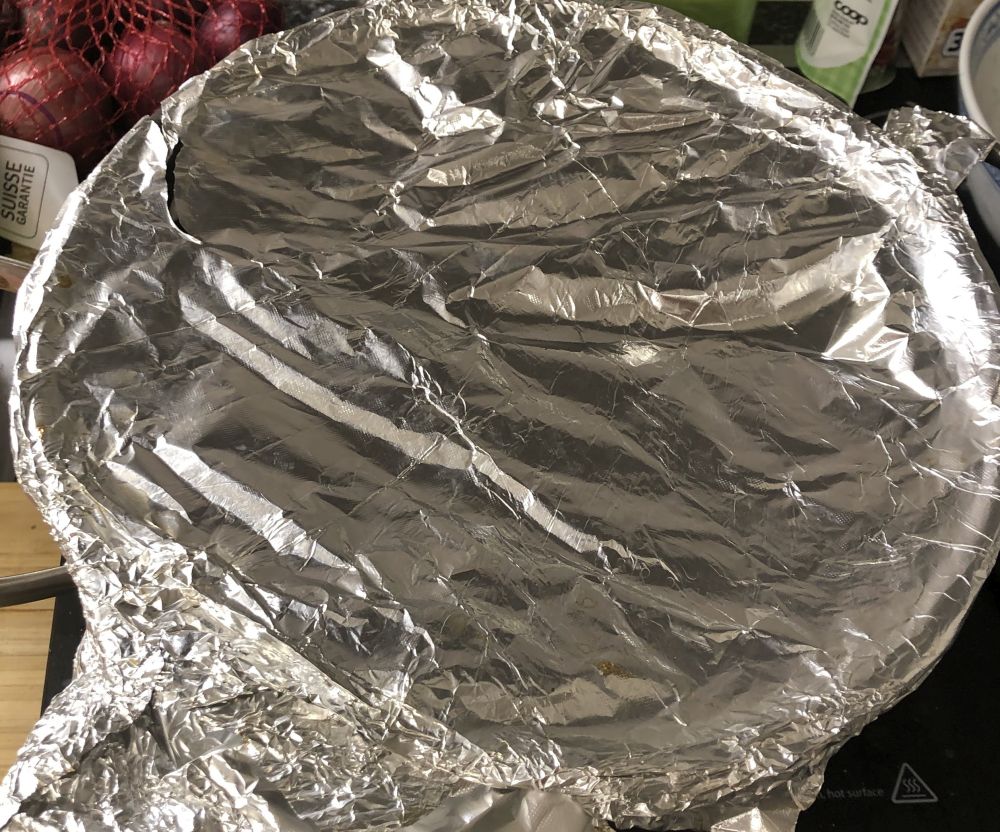 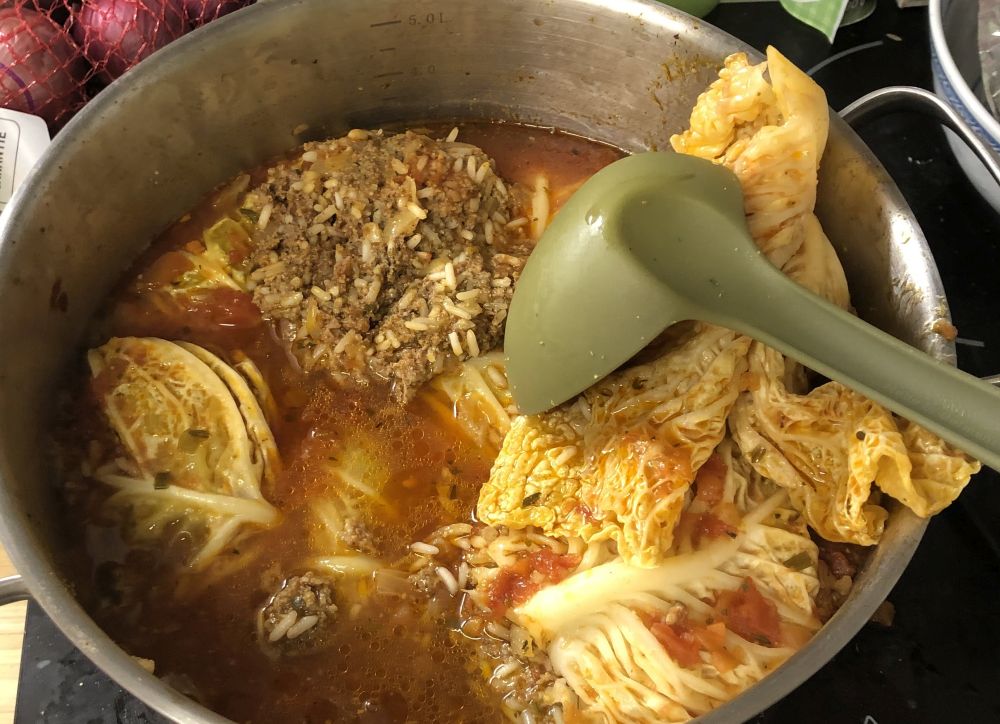 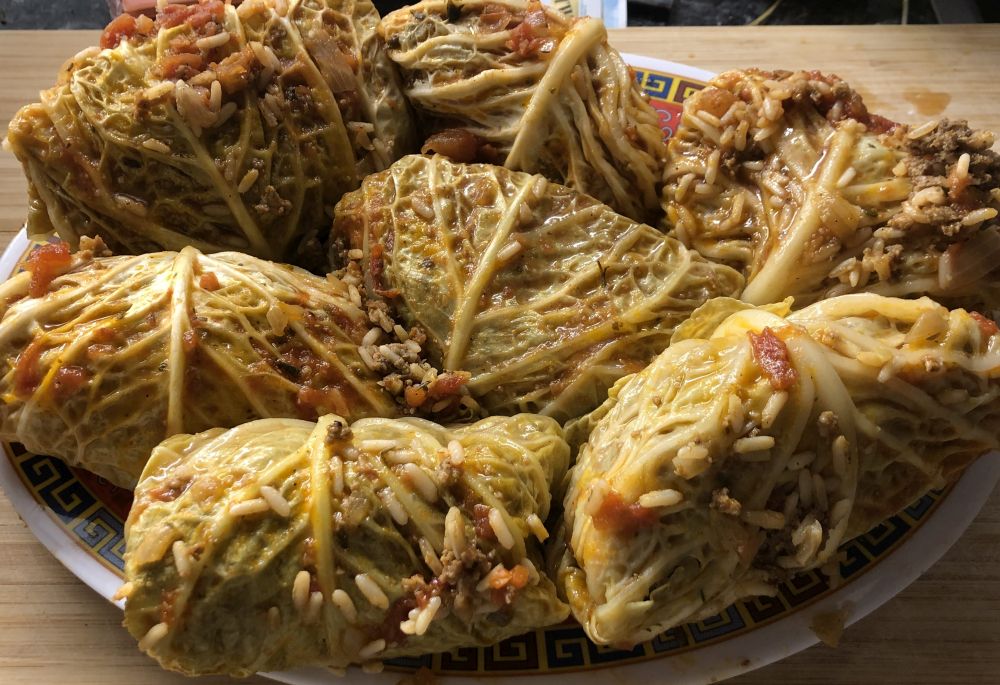 I have no idea what this building is, but I do know it is in Zürich – and I thought it looked spectacular bathed in the late-day winter sunlight: 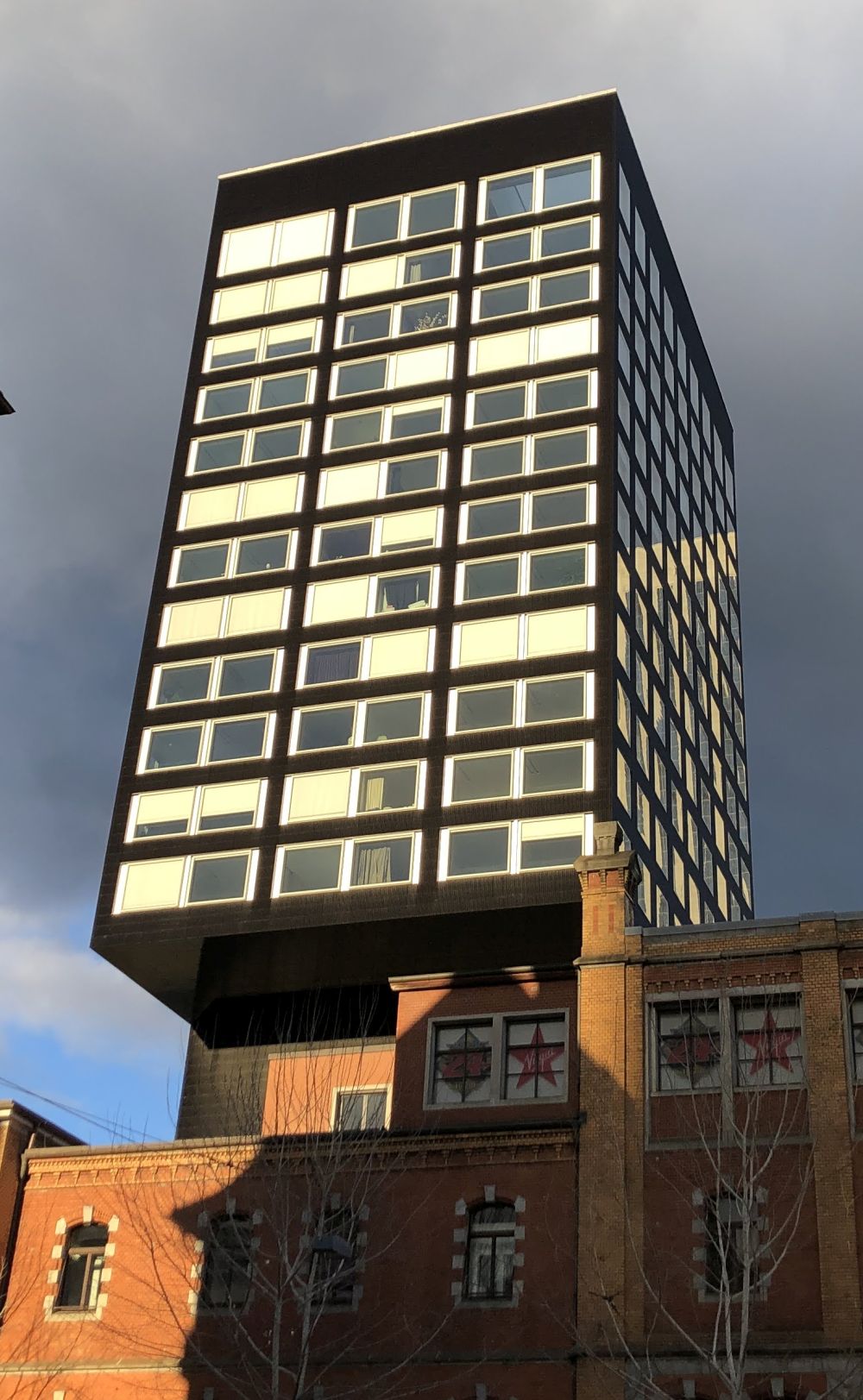 At the risk of being prosecuted for giving away one of Switzerland‘s more closely guarded secrets, I‘ll spill the beans: Luzern is Switzerland‘s sacrificial city.

It is a stunning town, to be sure, as this panorama shows:

What this means is that some of the truly amazing cities such as Bern are kept relatively tourist free. And the tourists, being none the wiser, are quite happy to come to Luzern by cars, trucks, boats, and buses.

The Gulf Coast off of Texas is like the South of France – the air is always kept crystal clear by the prevailing winds. 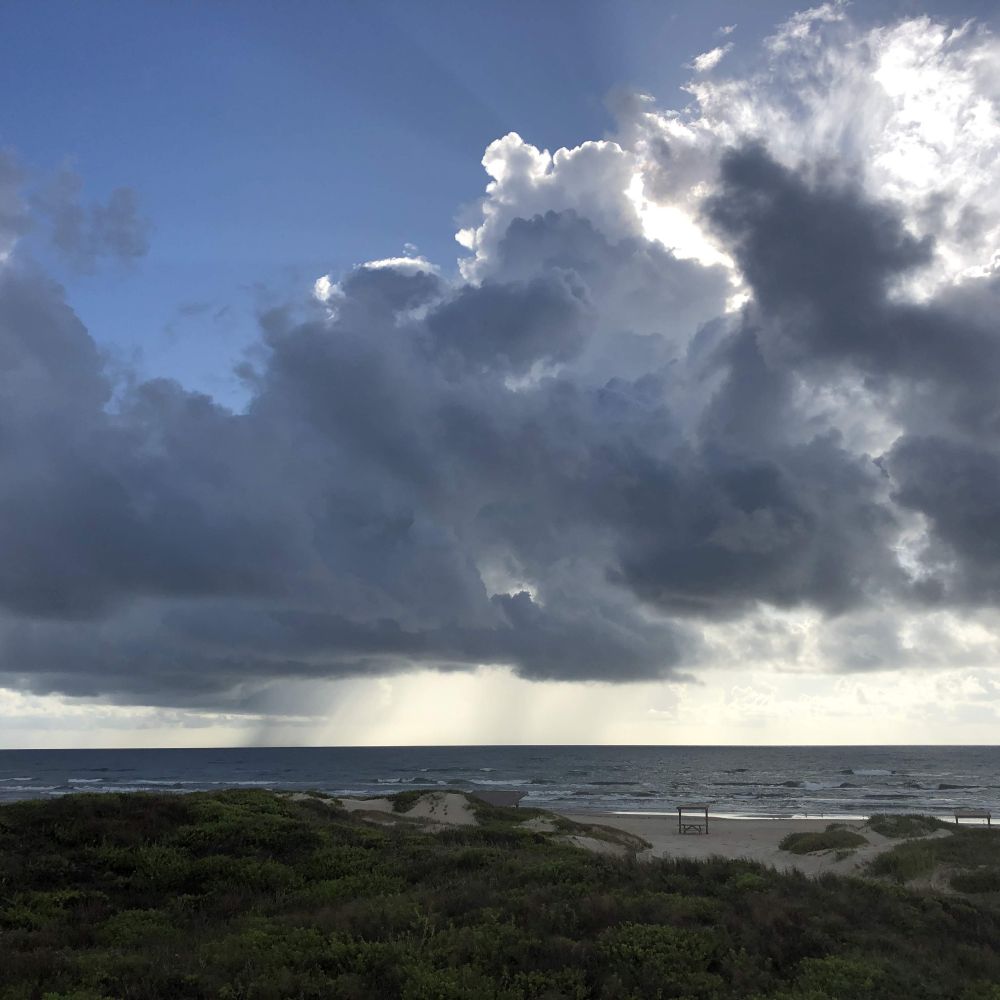 Will the amazing wonders of Camargue, France, never cease?!

This is an artists view of an ancient Mesopotamian Ziggurat in ancient Bablyon: 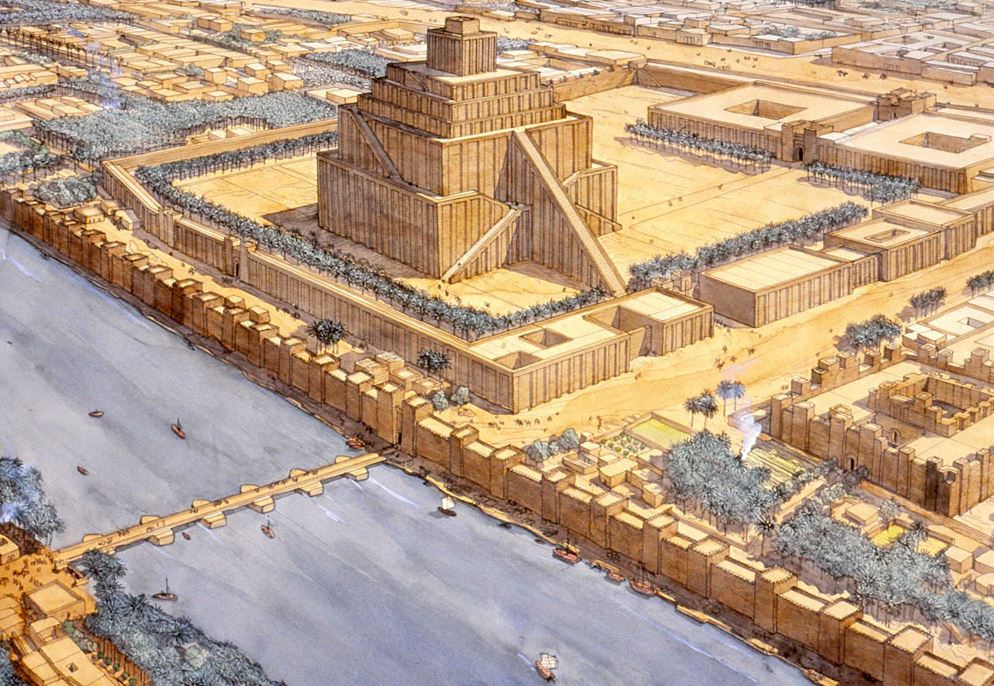 And, viewed at a distance, this is the very futuristic city of La Grand-Motte located in the Camargue of France: 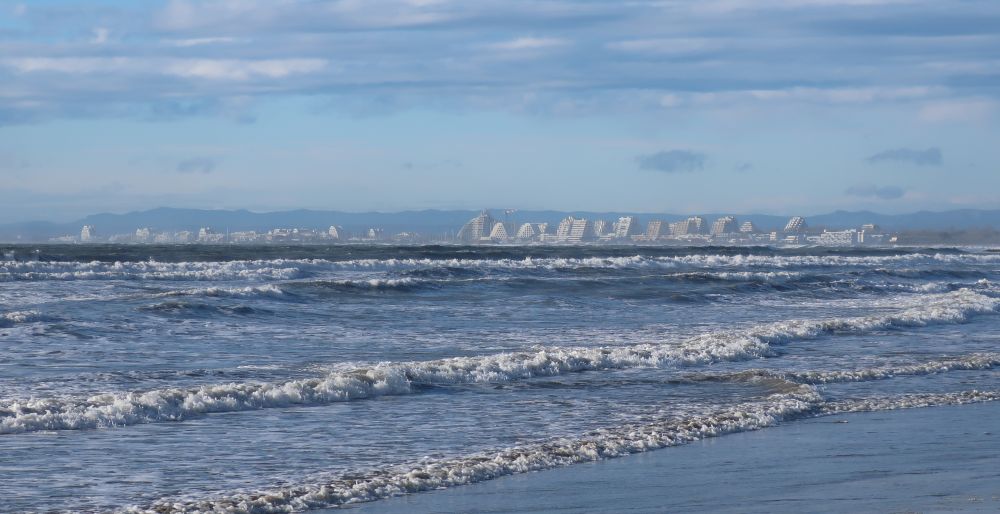 First introduced to La Grand-Motte by the architect Jean Balladur, and as I will show in other snaps, there is a city ordinance that all buildings be Ziggurat in shape, which gives rise to the very futuristic look.

And today, the tradition continues, because here is a wonderful snap of the commercial fishing boats of the Camargue, highlighted in a stunning white thanks to the intense clear air and bright sun of the winter in south France: 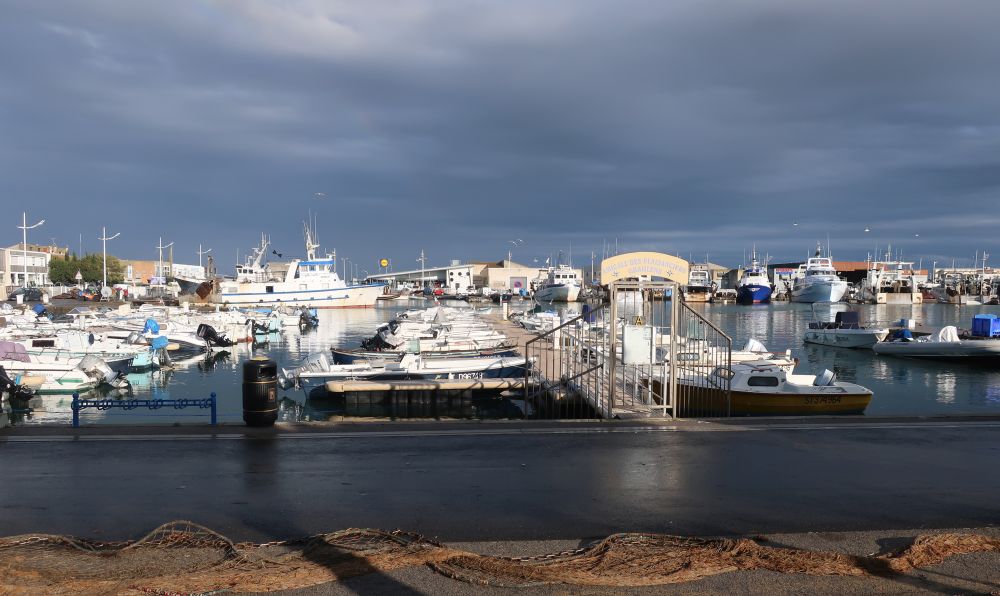 If you’ve got great peepers you’ll see a tiny Lidl supermarket in the center of the snap. It was filled with Camargue fisherman.

In addition to being famous for flamingos and salt, the Camargue is also something of the “Texas of France,” populated by ranchers that wear unique hats and who raise and ride a special breed of white horse that is indigenous to this area, 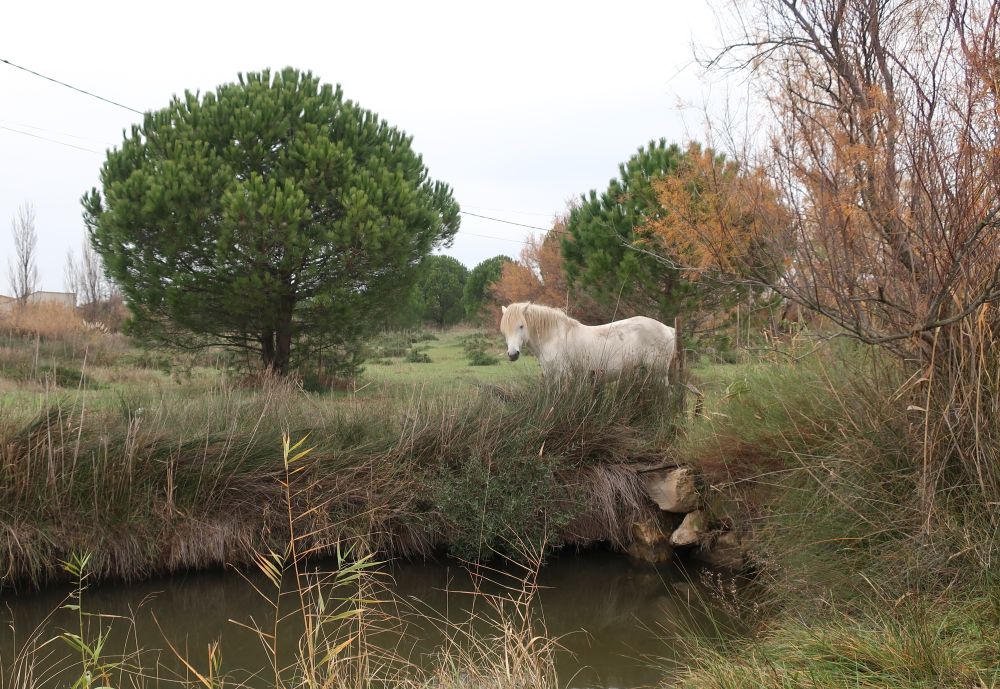 Interestingly and as discussed in the link above, many people consider Camargue horses to be one of the oldest breeds of horses in the world!

I’ve shown you Amazing Flamingos in the Camargue.

And I’ve shown you Amazing Salt in the Camargue.

Now, at the very real risk of blowing your mind and causing your eyeballs to explode, here is an amazing, amazing shot of flamingos and salt in the Camargue:

The Camargue delta in the south of France is particularly famous for its salt which, just like the pink flamingos, can also have a pink color:

The Rhone River that runs into the Mediterranean Sea forms a delta called the Camargue. In Winter it is filled with stunning pink flamingos: 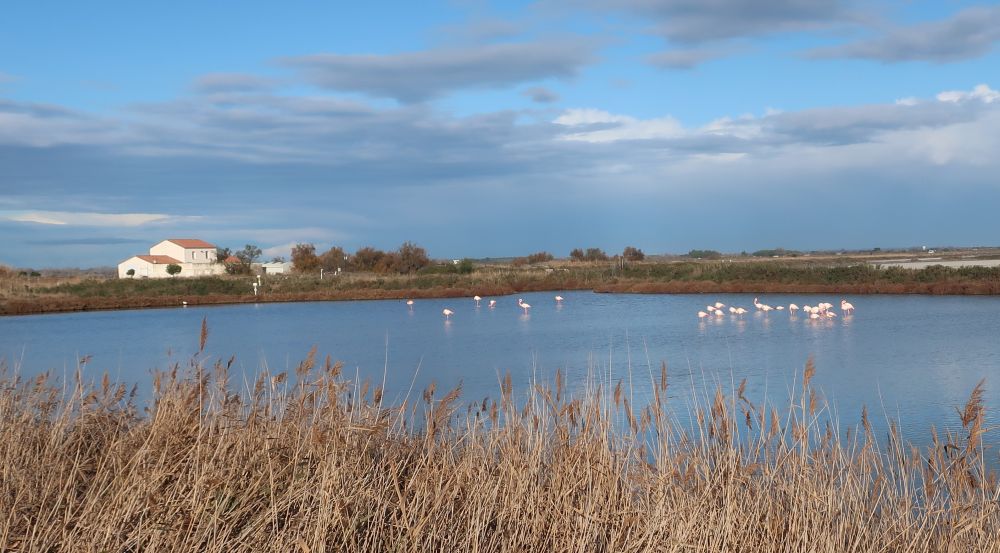 Interestingly, pink flamingos are not really pink because of genetic reasons but rather because of diet: they eat shrimp and algae that turns them pink!

I thought this was a pretty impressive view that shows the silhouette of trees off the Ligurian coast of Italy: 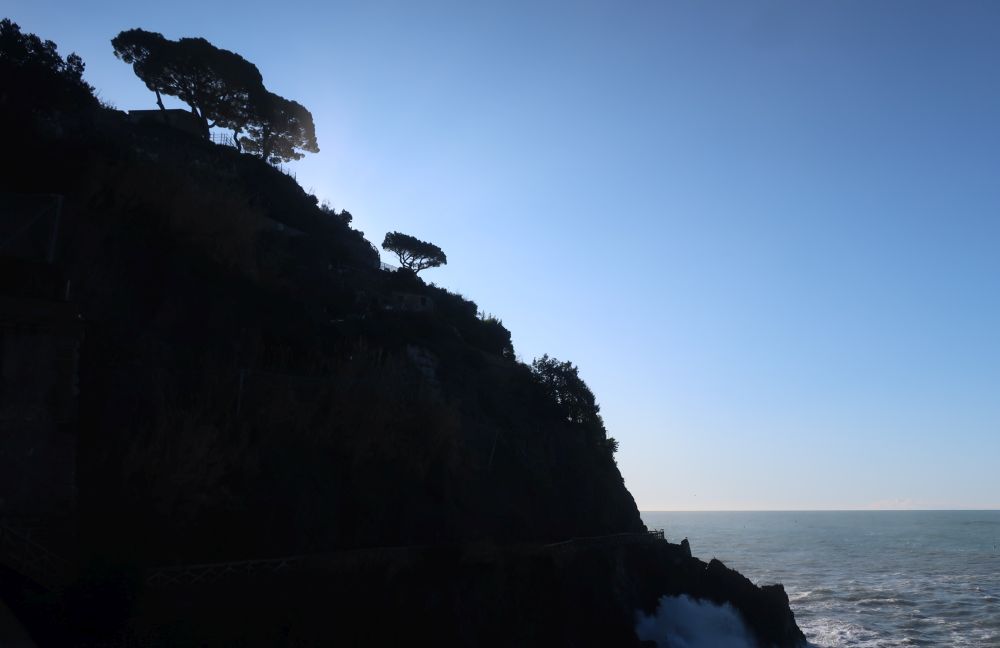 The warm Mediterranean waters smash against the stone breakers that protect the Ligurian coastal village of Monterroso al Mare, 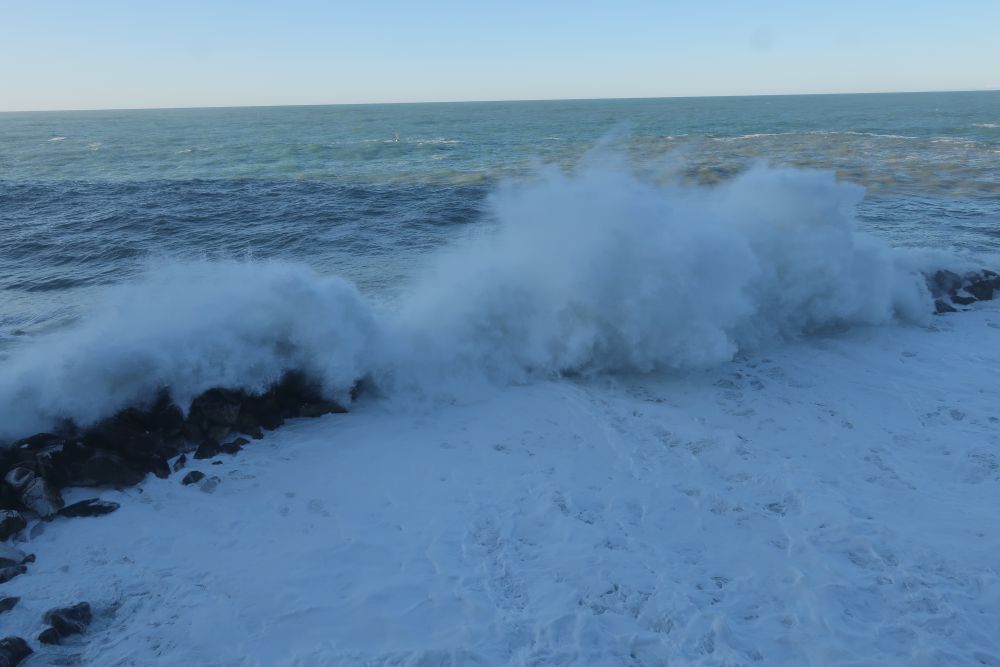 I’ve rarely seen anything quite as impressive or as loud as these crashing waves. The height of the crashing water can easily reach 30 feet or more! 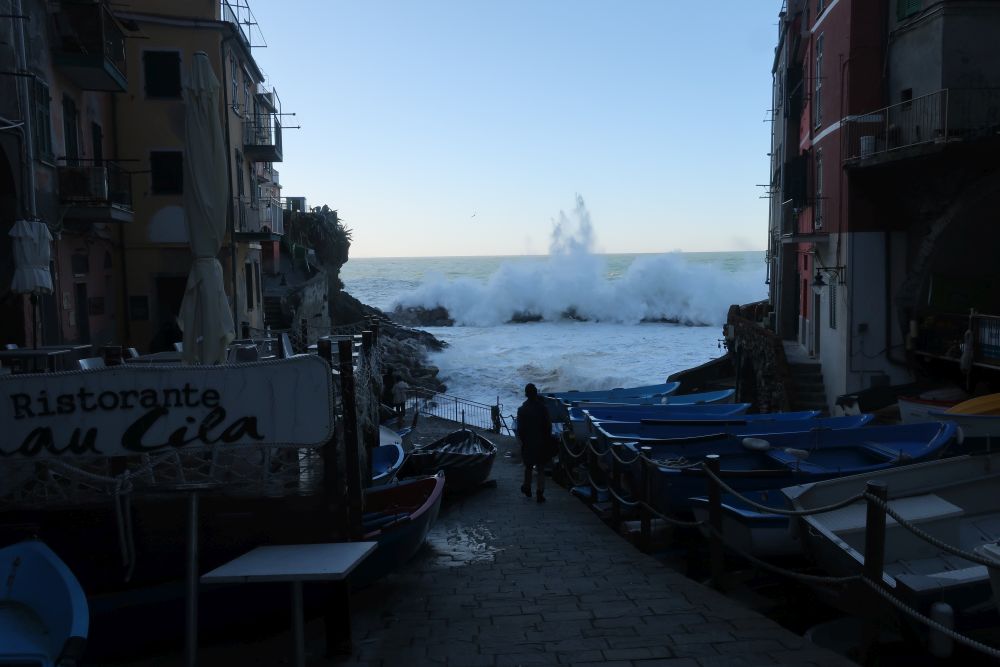