Not all European cities have areas where portrait street artists ply their trade – in fact, probably very few: 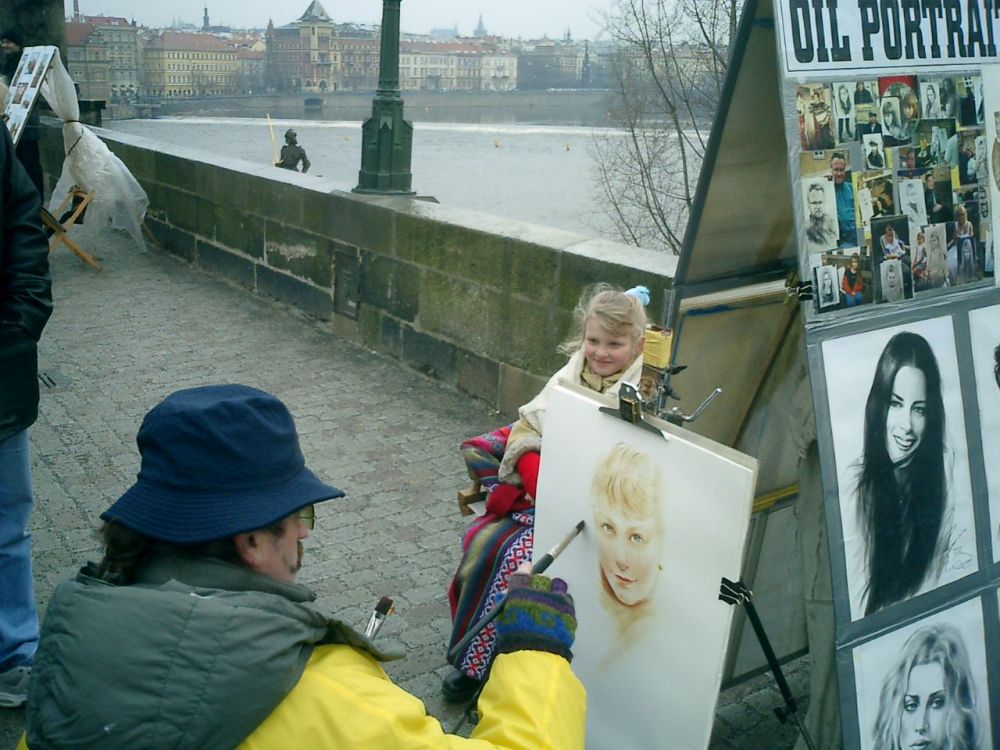 Continuing the series, you may wonder what these three saints have in common?

The answer is: a cathedral in Prague that is so large, ordinary photographers like me, without special equipment, are completely unable to capture the Prague Cathedral of Saints Vitus, Wenceslaus, and Adalbert in its full glory.

So I display here some of my favorite snaps of the cathedral up close. In comparison with other large cathedrals, this one had a surprising amount of painted detail: 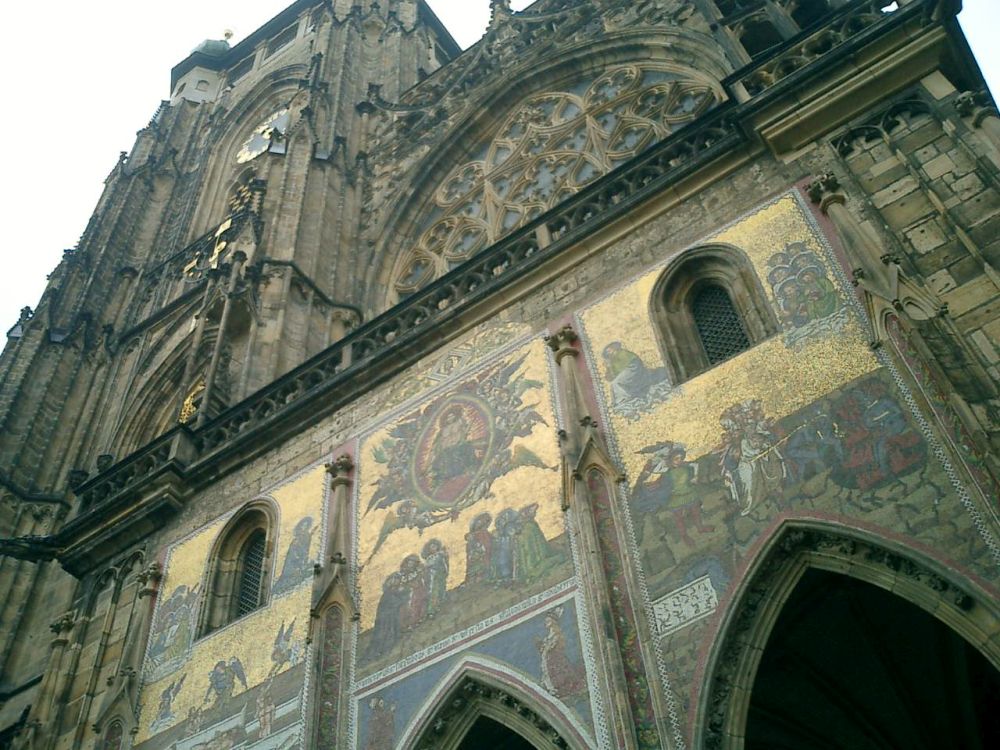 And the stone windows are spectacular: 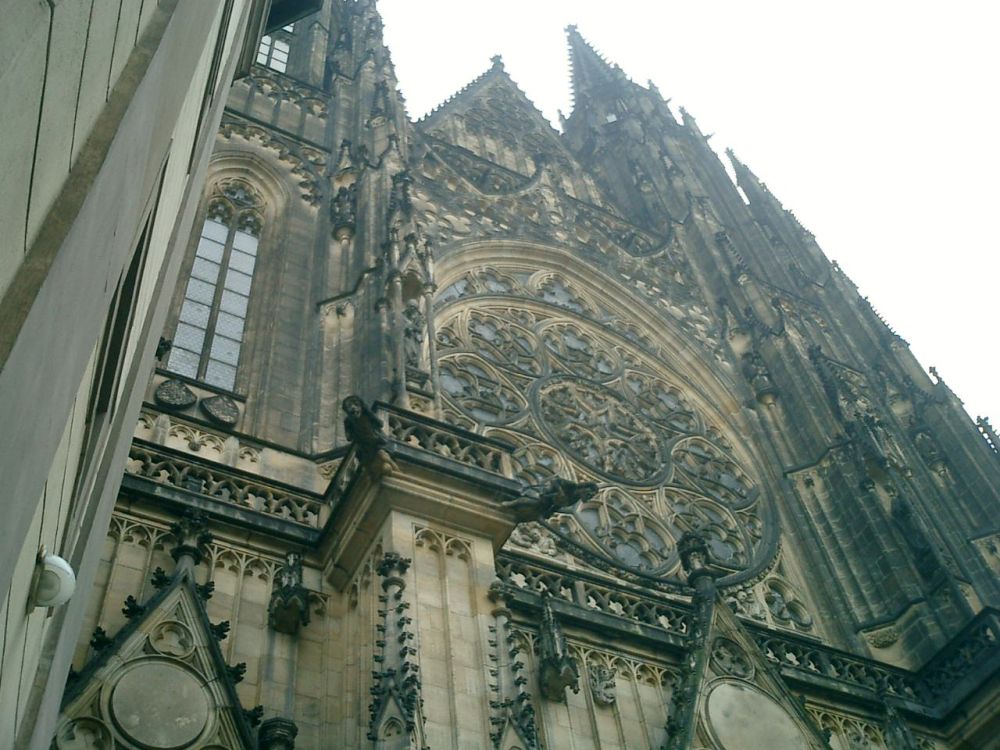 And although it pains me to show it, here is yet another snap that truly proves it’s impossible to capture good images of huge cathedrals: 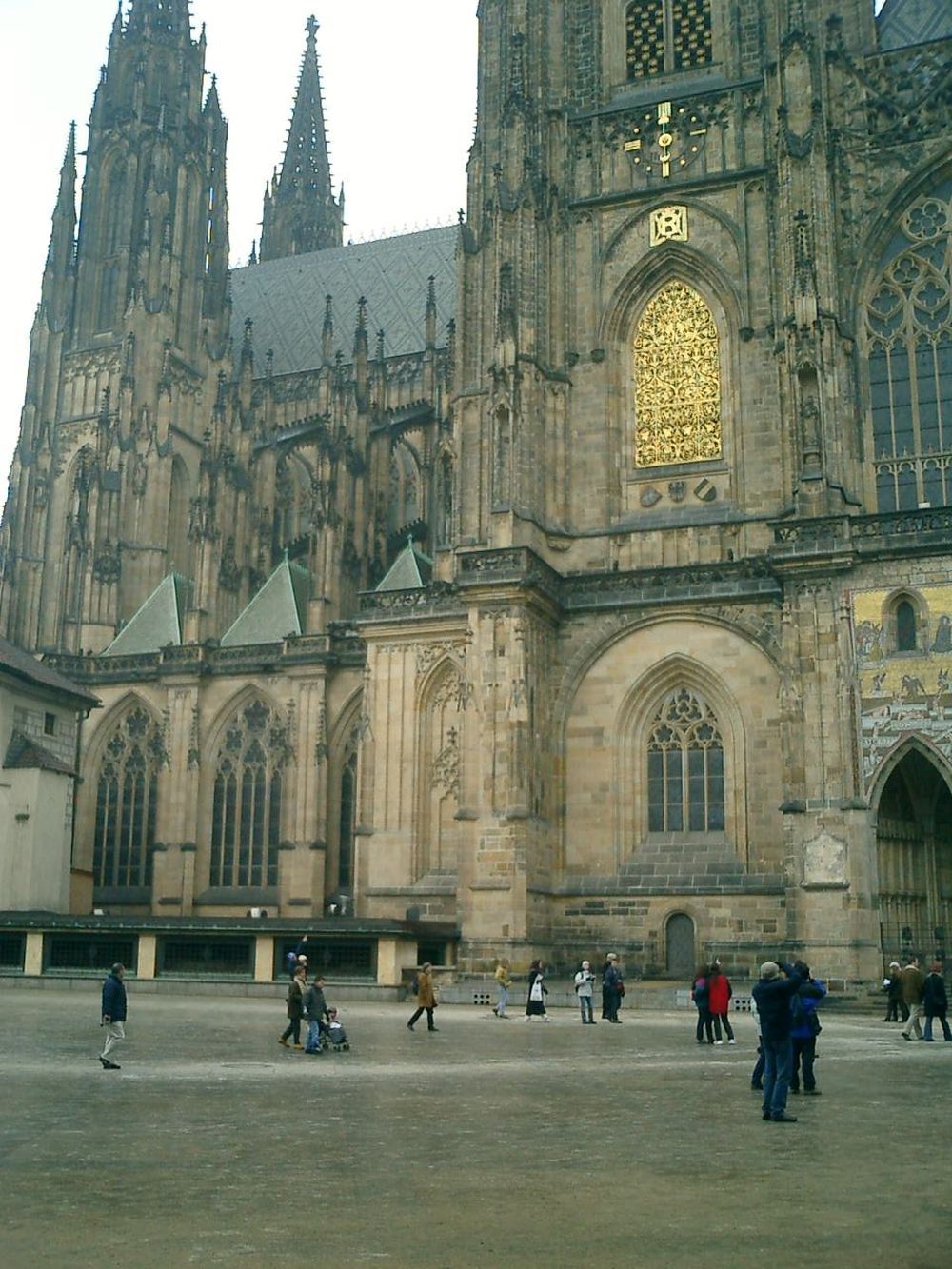 No, it’s not these three: 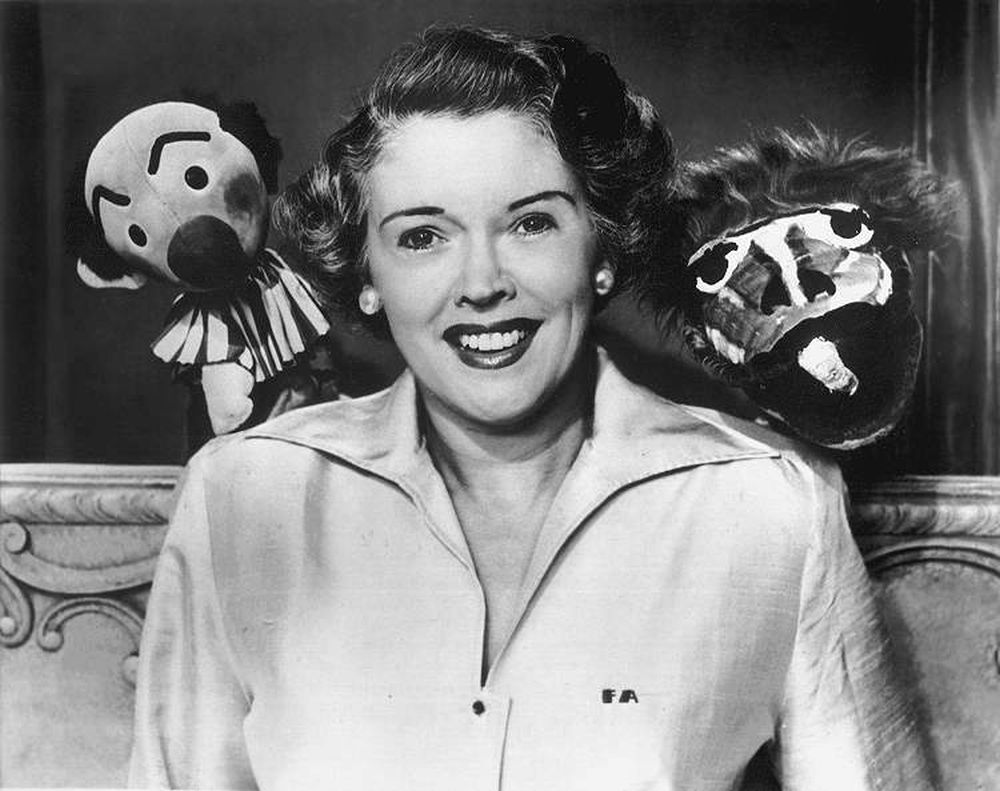 For the record, that’s Kukla, Fran, and Ollie – the characters of a children’s television show, parts of which I saw in re-runs as a small child.

This is Vitus. He died around the year 300, so it makes sense this painting would seem a bit older than the others: 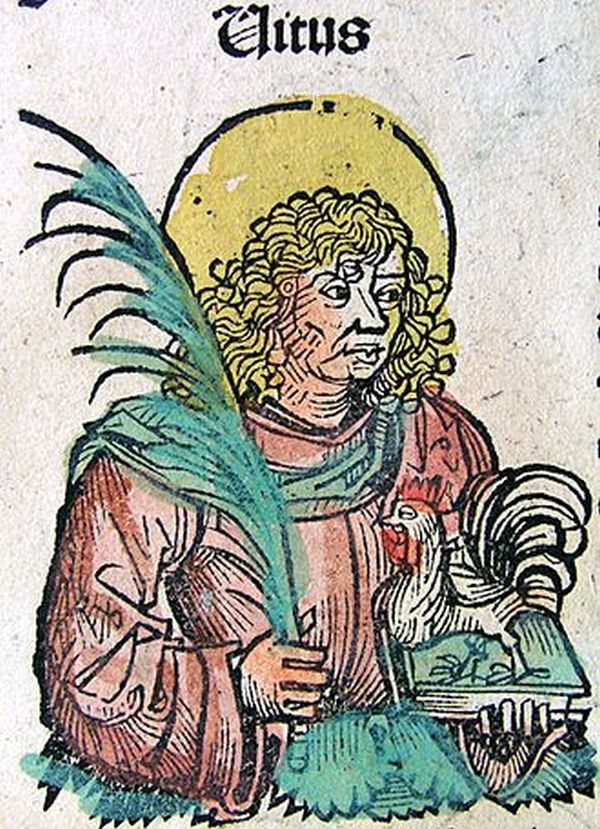 This is Wenceslaus – but for the record, I don’t know if he was a good king or if he looked out on the Feast of Steven: 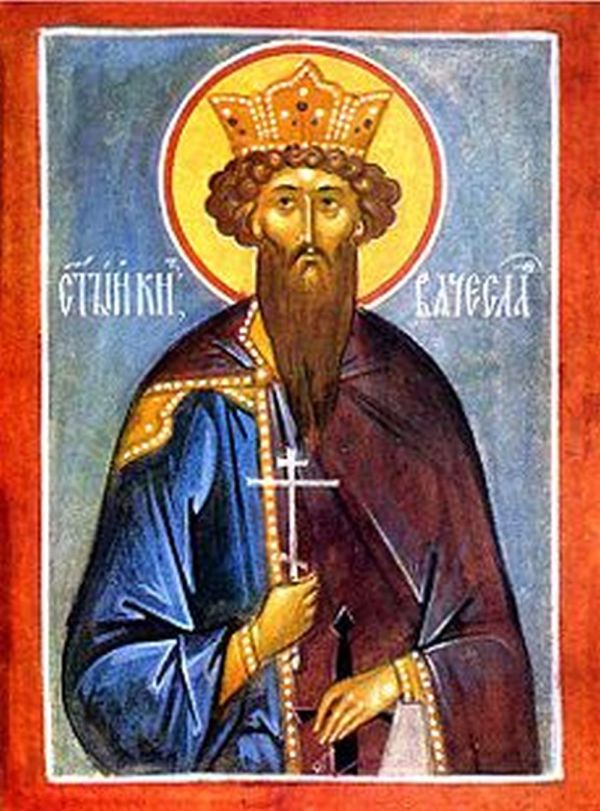 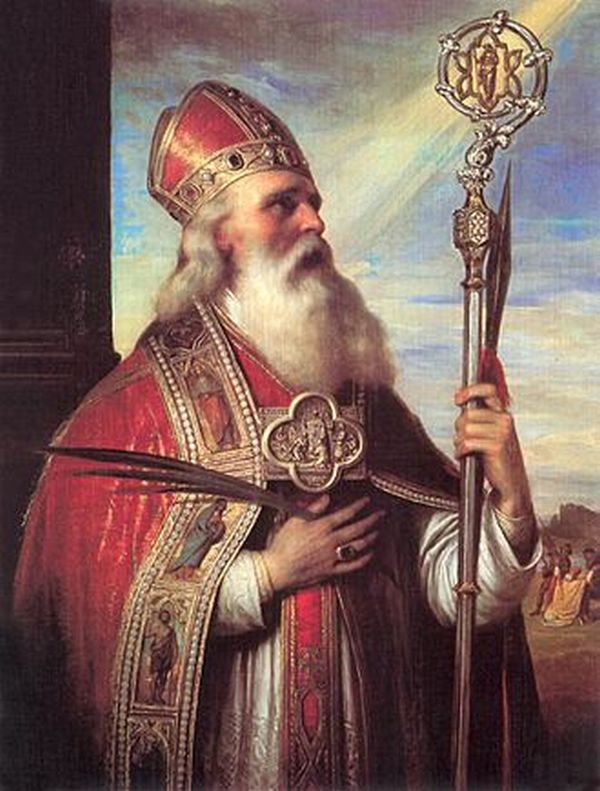 And in my next blog post, I’ll tell you about what these three saints have in common.

I took this snap from the inside of the Cathedral of St. Vitus, in Prague. 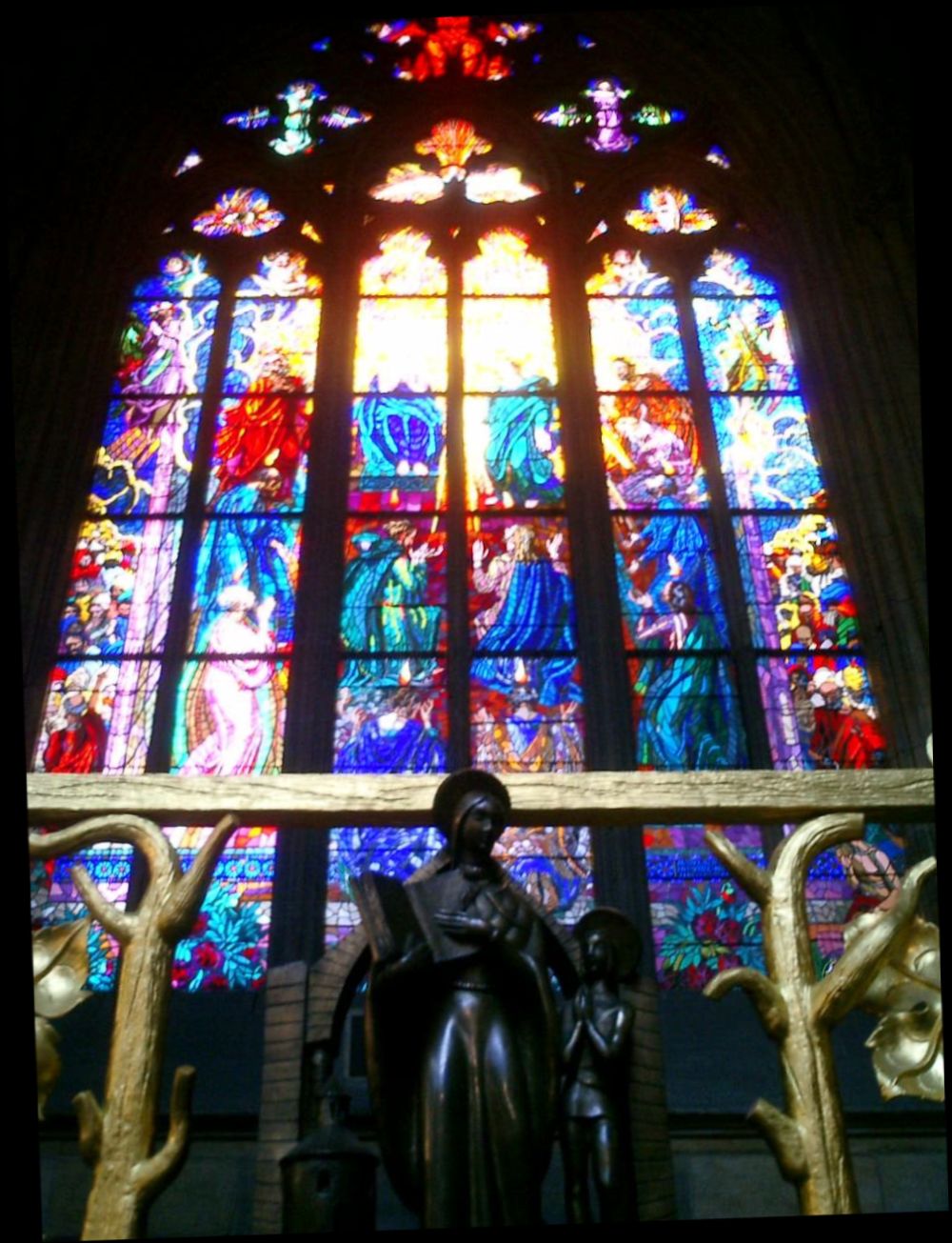 I think any photographer with a highly adjustable camera can take great shots of stained glass windows – but remember I captured this on the first generation of tiny, pocket digital cameras, more than a decade ago.

Unfortunately, the cathedral itself is just too huge for an amateur photographer like me to capture in its entirety. So in future blog posts I’ll share some snaps of parts of the structure that impressed me.