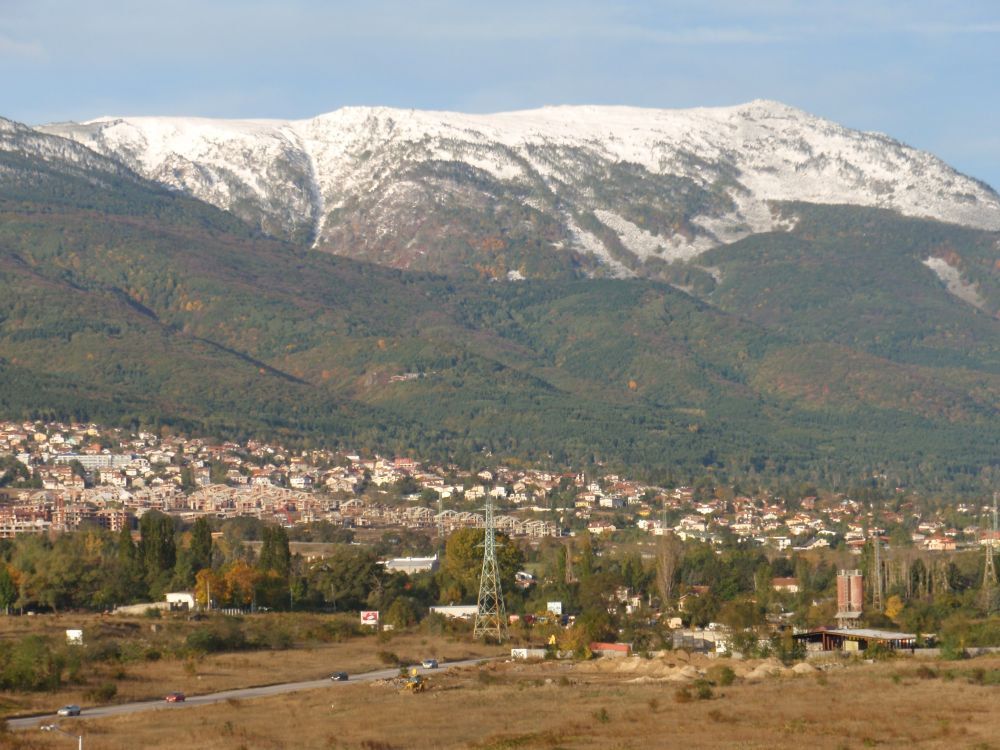 They modernized a bit since I lived there, but for me this was not only an interesting sight but a rather fun experience – sort of like a modern day museum train, except it was no museum but a working streetcar!

For a while I lived among the Russian mafia in a very usual neighborhood at the southern edge of the capital city of Sofia in the wonderful country of Bulgaria. The neighborhood was called Драгалевци, or Dragalevtsi.

Here is a view from Dragalevtsi looking towards downtown Sofia: 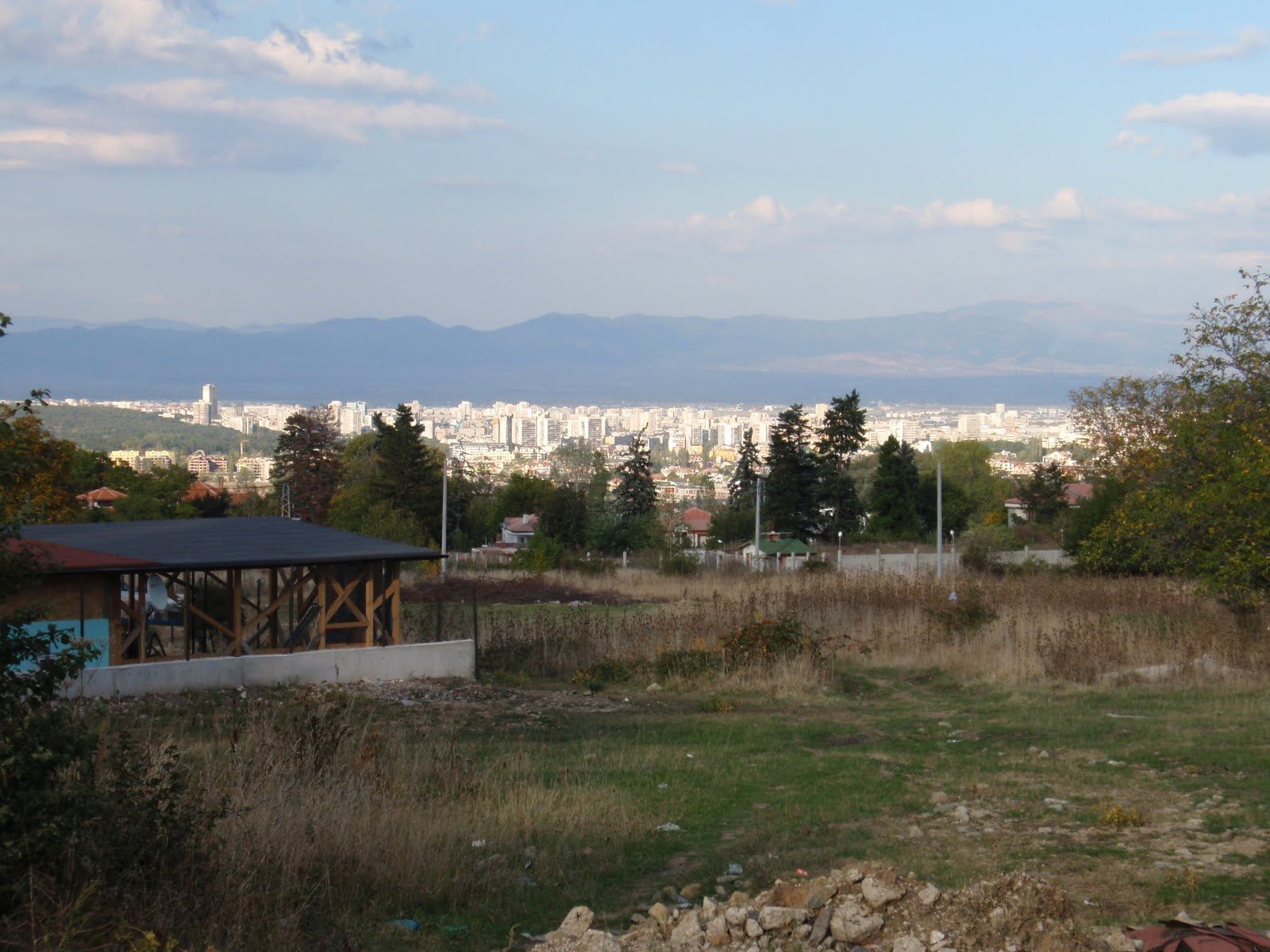 And here is another view looking down towards Sofia: 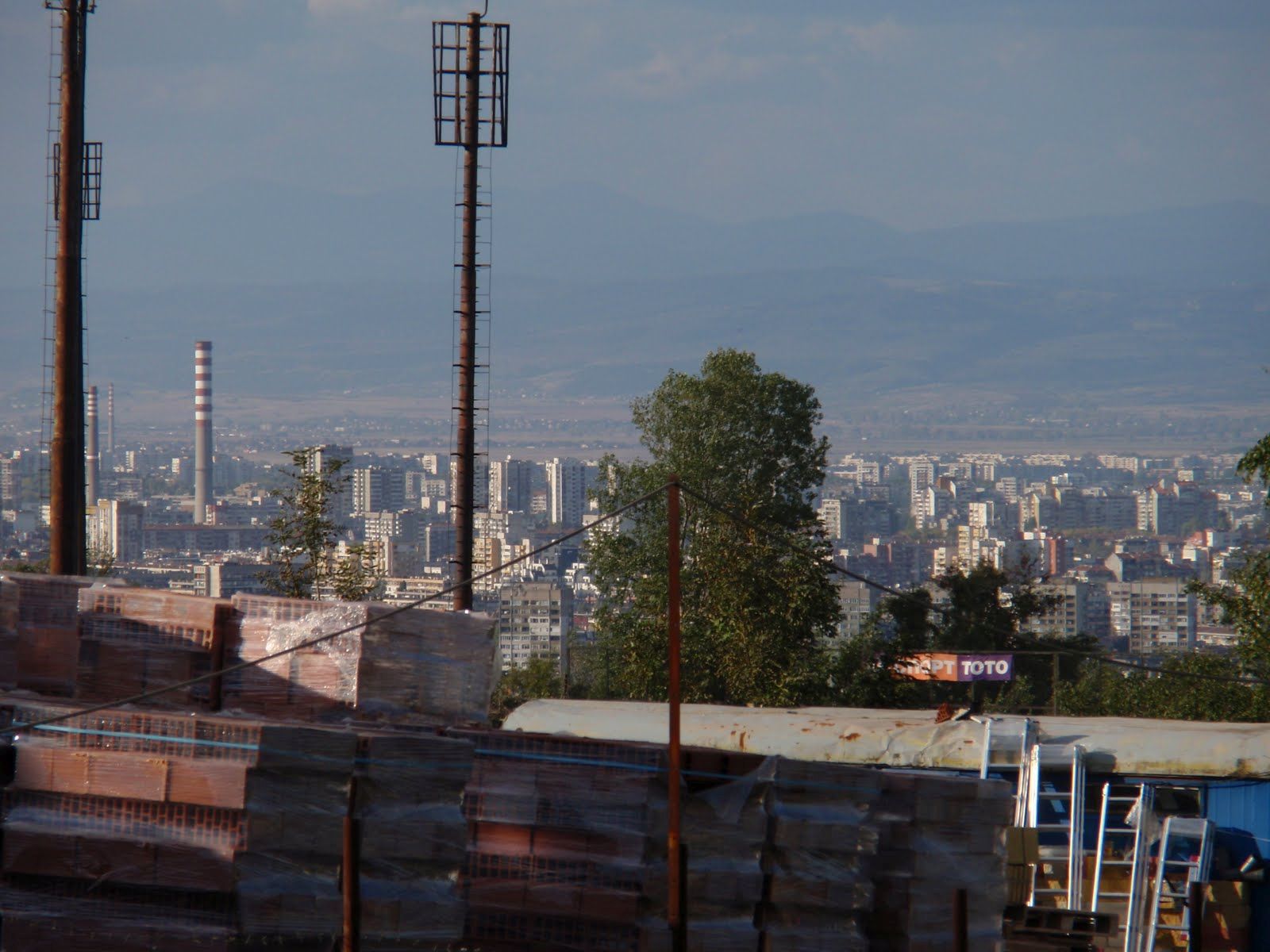 By the way, those are the Balkan Mountains off to the distance in the north.

But what does this have to do with the Russian mafia, you might ask?

Of course, no self-respecting Russian mafioso would spend too much time in any of the hotels in Sofia, so they all lived in massive chalets they built in the neighborhood of Dragalevtsi. This made Dragalevtsi into something of the Beverly Hills of Sofia. I don’t think any of them lived here full-time – mainly, I assume, they stayed here during business trips.

Anyway, here is a snap of one of these chalets taken from my apartment: 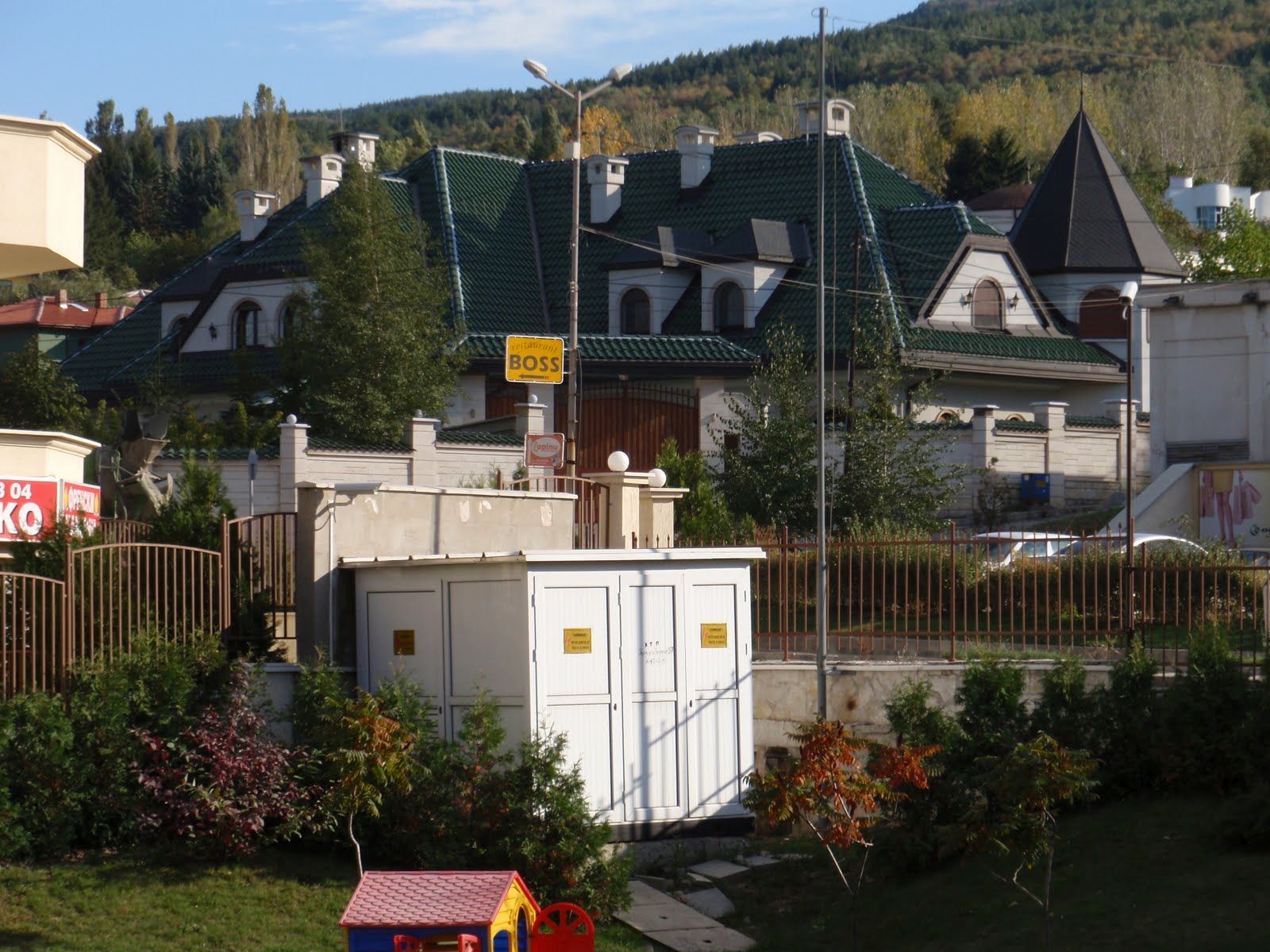 I always thought it would be wonderful to count a few powerful Russian mafioso’s among my friends, so since I was living next to them, I did everything I could to meet them!

The Russian mafia are people like anyone else, and from time to time I’d see one of them shopping in the posh local Dragalevtsi supermarket, called Супермаркет МАКС, or “Supermarket MAX.” Whereas normal supermarkets in Sofia catered to the Bulgarian locals, who on average earned around EUR 250 / month – in fact this supermarket specialized in caviar and Cuban cigars and many other things that normal Bulgarians could not afford.

The mafia were easy to spot: in the parking lot I’d see a large, armored Rolls-Royce – engine running – with the driver wearing white gloves. More often then not my mobile phone would stop working – I think they carried mobile phone jammers in their cars. And standing next to them in the supermarket would be two enormous Russian bodyguards, with the obligatory black leather trenchcoats.

But sadly, he just shrugged and walked away.

(Interesting aside: on the weekends I’d usually rent a car from Herz, then go exploring the Bulgarian countryside. The fellow at Herz told me that the rental cars will never be stolen, because of the Herz label on the back: the rental car companies all have contracts with the mafia. But, he told me, should the car be stolen, under no circumstances should I call the police. Instead he gave me a private telephone number, and he told me the car would be returned in less than 24 hours! It was a very interesting time for me – the Bulgarians are incredible, great, passionate people. But I also have more great experiences involving corruption than I could ever tell!)

This is it, the Presidency Building in Sofia 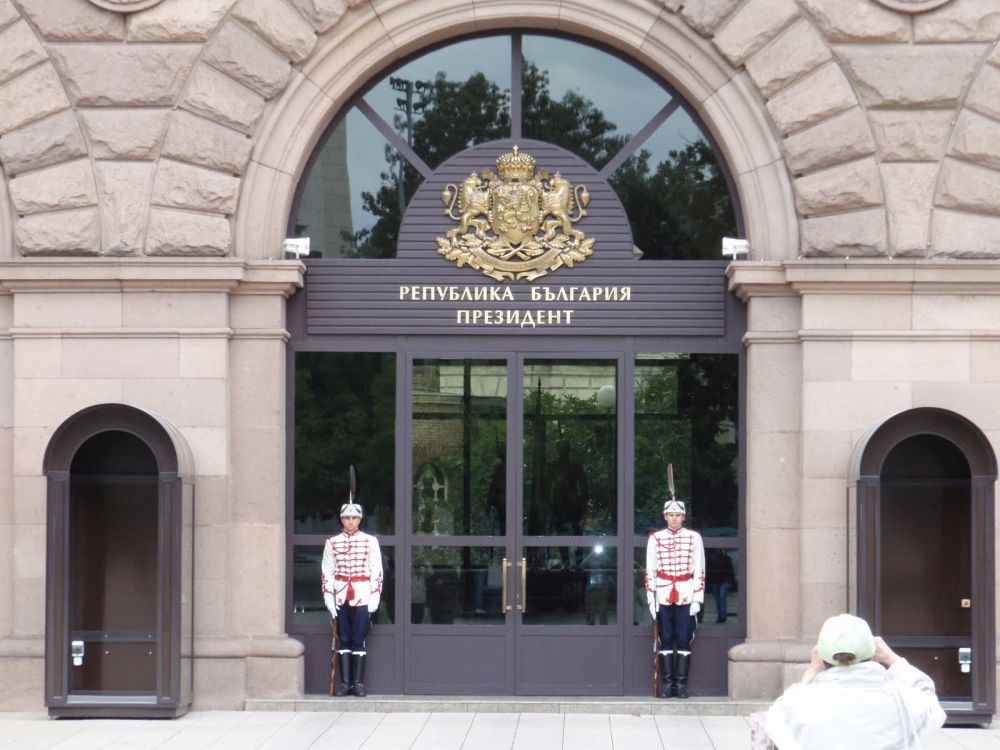 These are not ceremonial guards – they are members of the Bulgarian special forces. As you can see in the lower right, someone is taking their photograph. Approach any nearer and the next stop on your itinerary is likely to be one of the hospitals in downtown Sofia.

Some of the most impressive things about Bulgaria are not Bulgarian at all, but rather the vast number of Soviet-area statues and monuments all over the cities and countryside.

Below is one of them, that features prominently at the National Palace of Culture in Sofia: 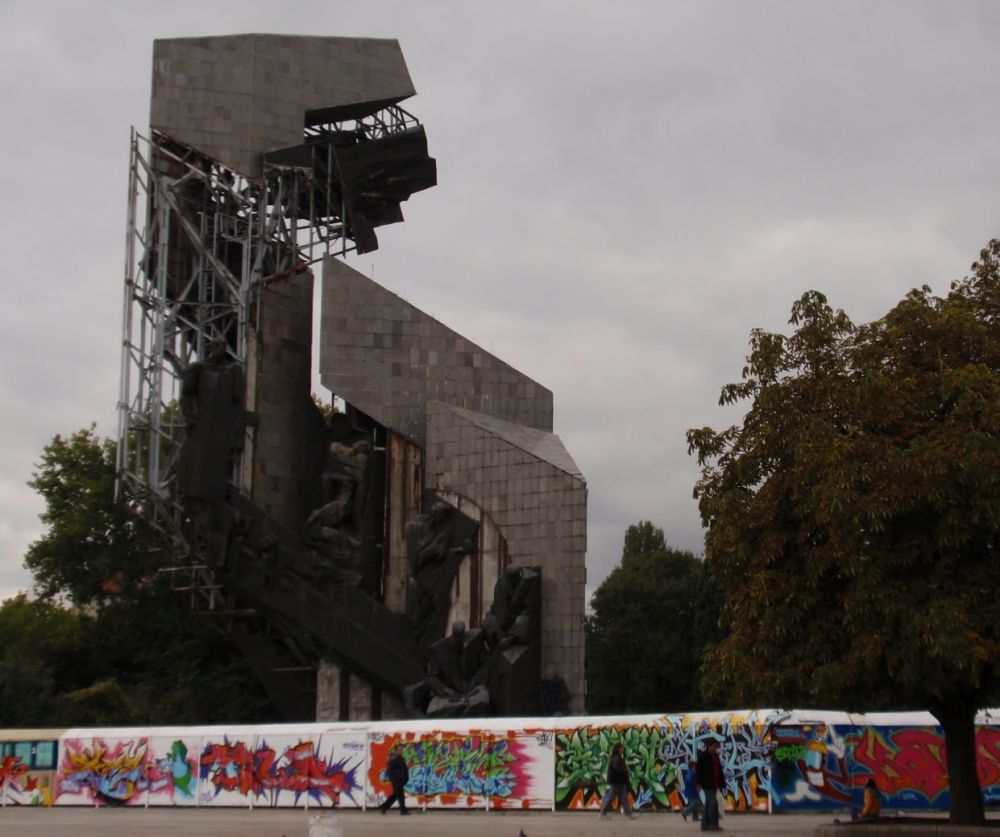 Quite some time ago I blogged about the so-called Klek shops in Bulgaria’s capital city, Sofia.  Here is the photo I showed, dating back to 2008: 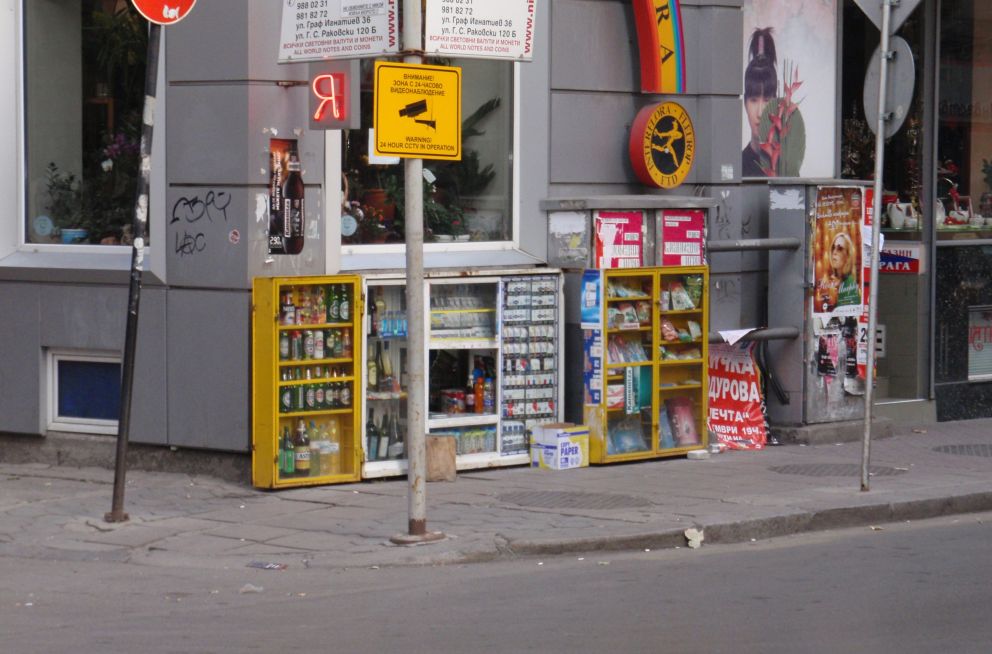 This week the New York Times has an article about these 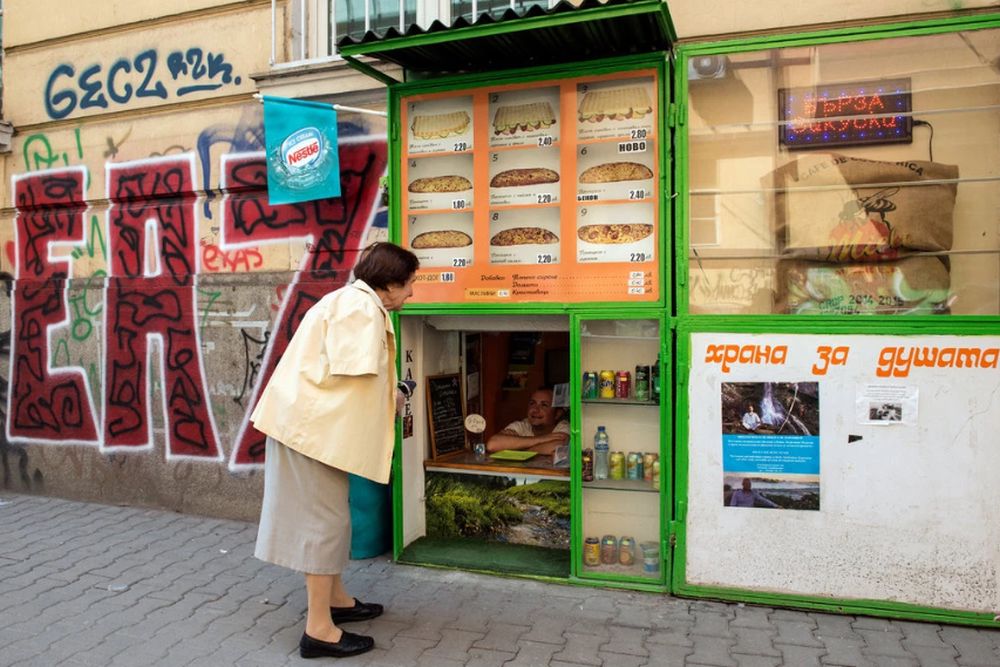 I was worried that, as Sofia became more modern, these would soon disappear. I’m glad they found a way to preserve this unique shops! 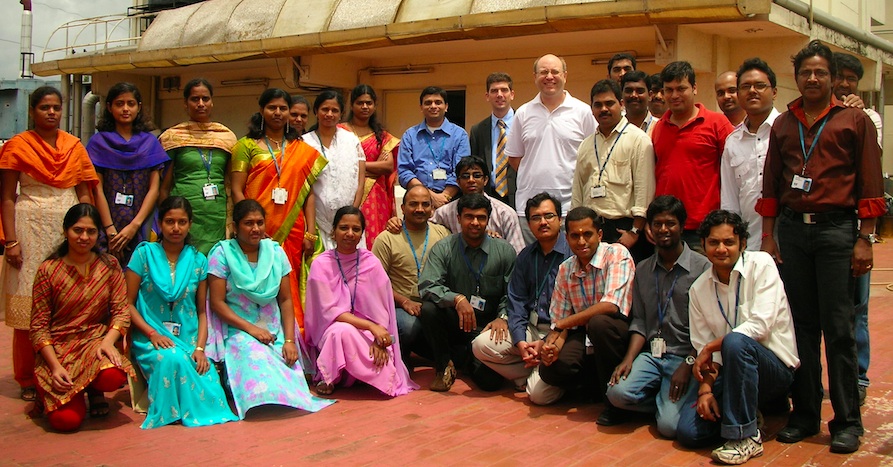 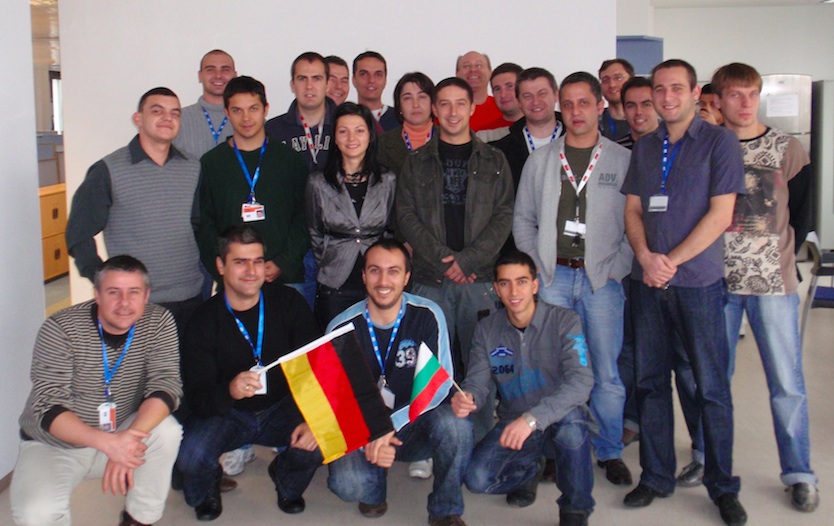 I shared one of my all time favorite snaps in a recent post, but I mentioned that I sadly did not recall where I took the photo.  I spend a lot of time trying to capture the quiet emotions you can find at great lakes . . . so my memory in this area fails from time to time: 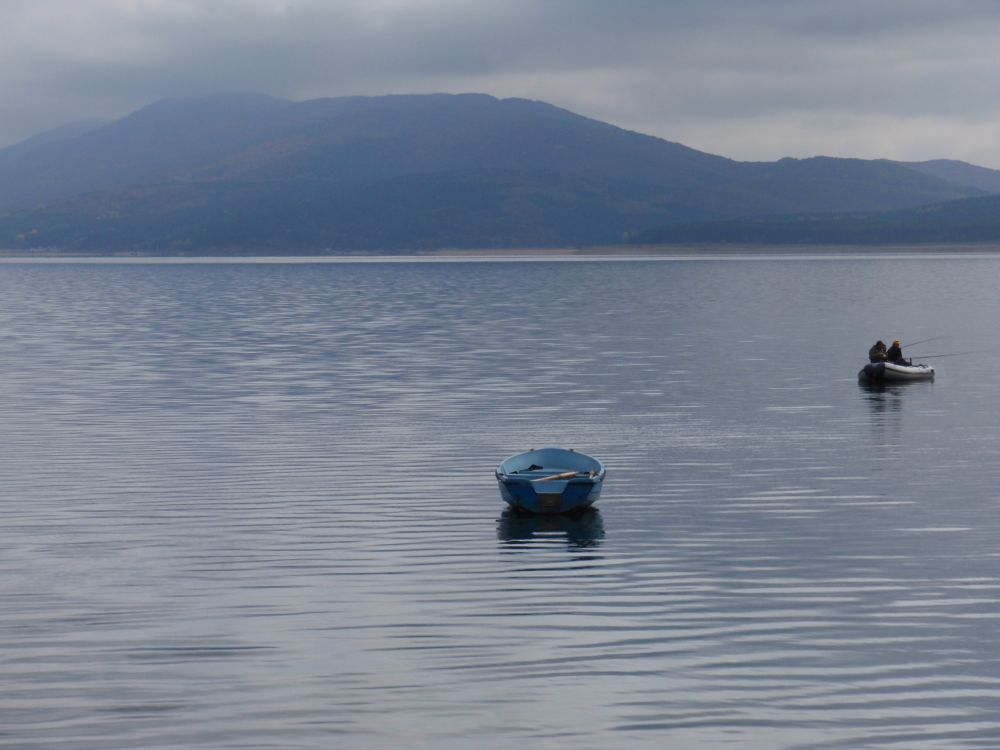 While researching my photo collection I found the original, together with many others I took at Lake Pancherevo, the Pasarel Reservoir,  and the Iskar Reservoir- they are actually connected and are the Bulgarian/Russian equivalent of the public water works projects in the United States started after the Depression – just outside of the Bulgarian capital of Sofia.

Continuing the series, scattered around the Bulgarian countryside you can still find relics of the Cold War, if not older, as these berms that surround an abandoned airfield show: 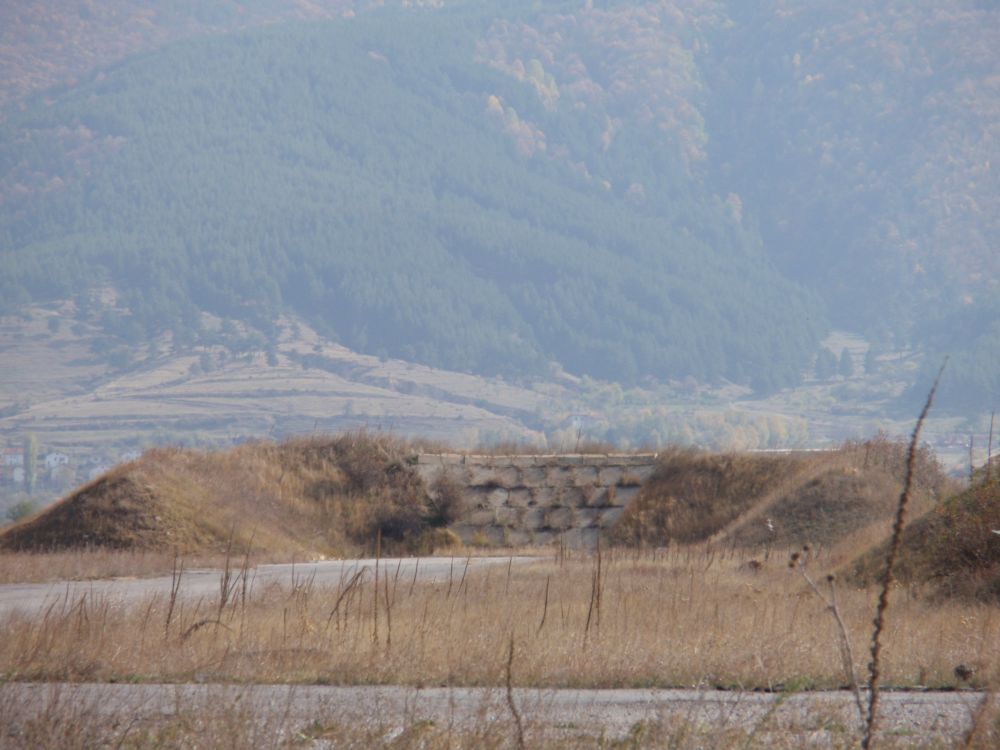 This is the sight you’ll see if you visit the Supreme Court building in Sofia, or Съдебна палата. 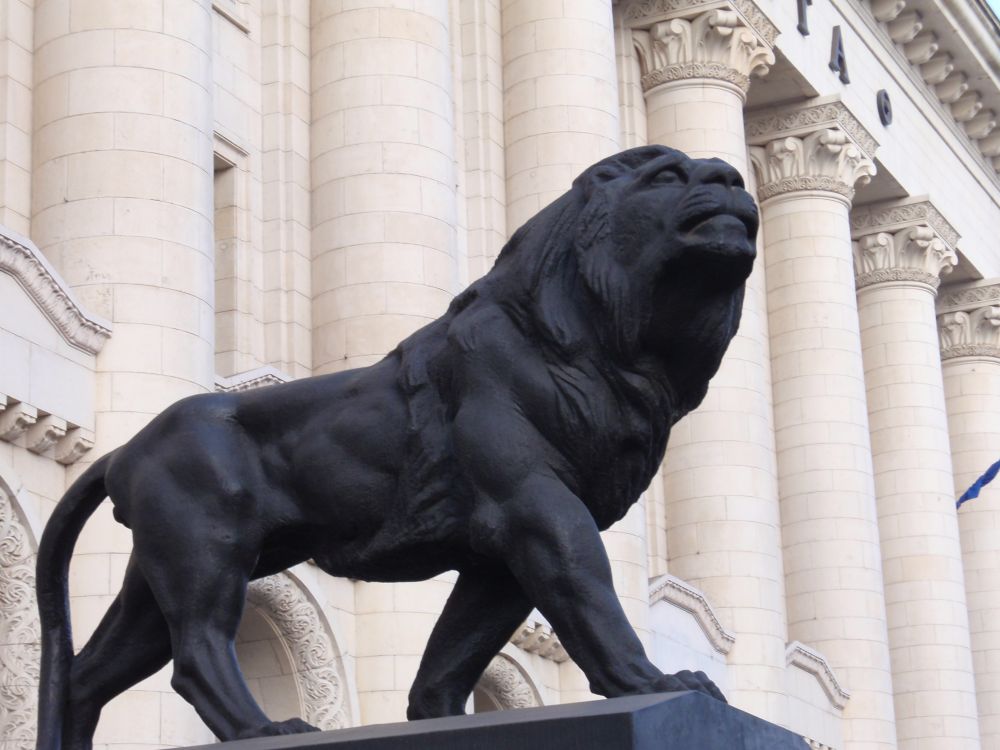 I guess you can associate justice with a lion (Aslan from the Chronicles of Narnia, Mufasa in The Lion King, etc.).

It’s just that for me, when I think of justice, the symbol that comes to mind is a blind-folded lady wearing flowing robes and carrying a scale – rather than an vicious apex predator capable of severing a man’s neck with just two of its razor sharp teeth.

Continuing the series, the countryside of Bulgaria south of Sofia can really be remote and isolated, as these snaps (two of my favorites) show: 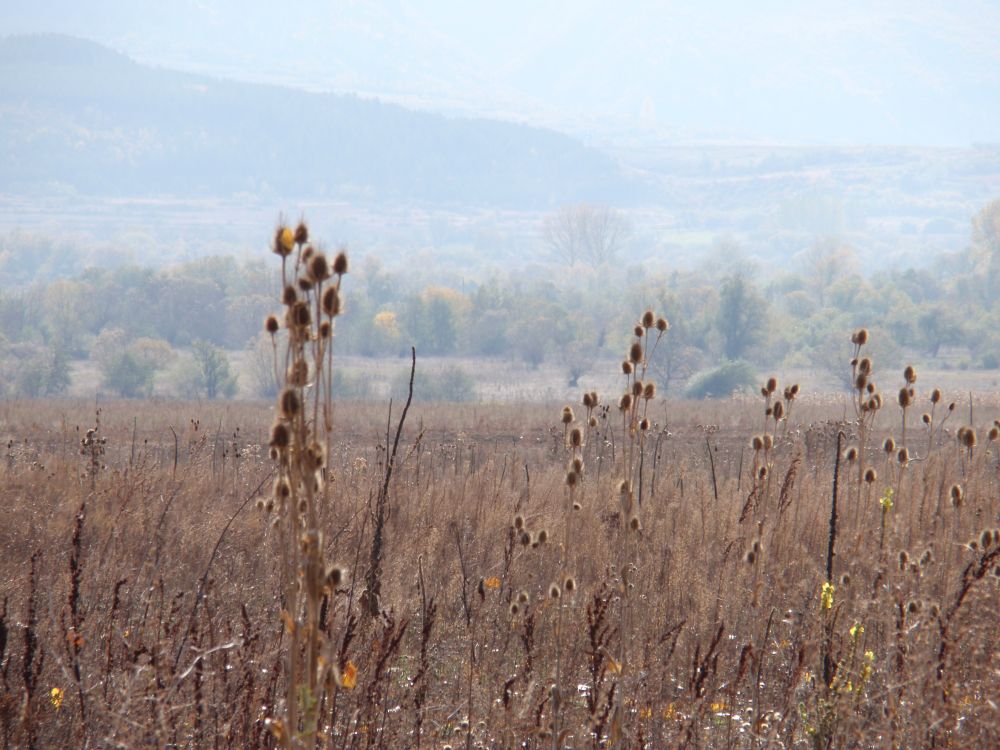 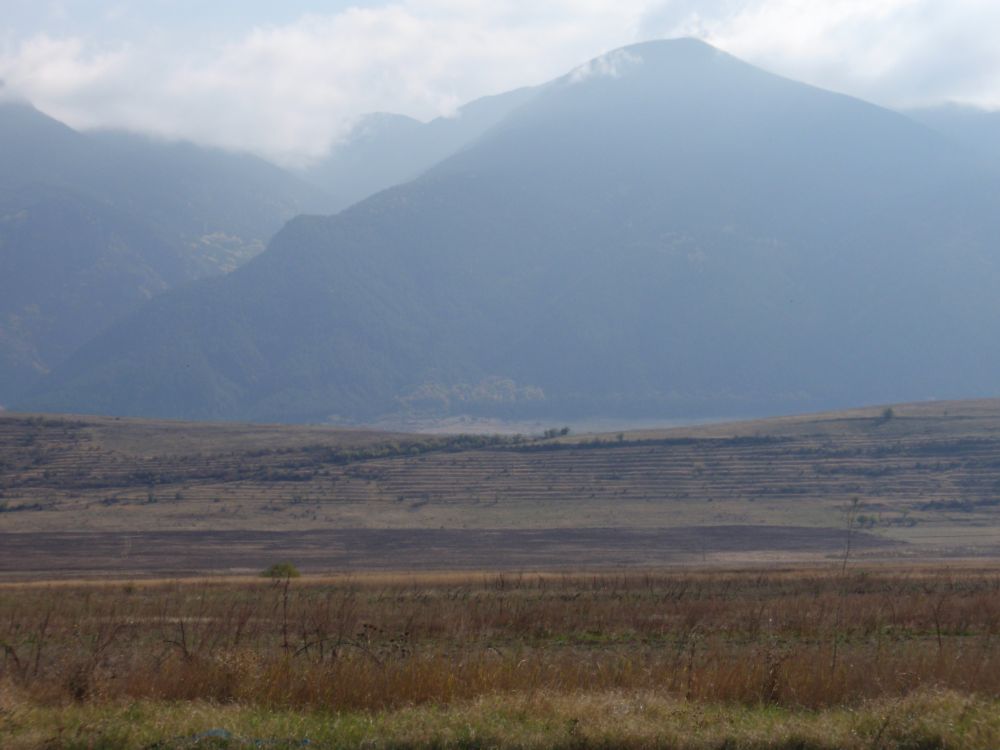 I am convinced that the Bulgarian countryside holds the Number Two World Record in sheer amazingness, surpassed only by the countryside of rural India.

I took this snap of a huge monument out in the countryside of western Bulgaria, far away from any town or village: 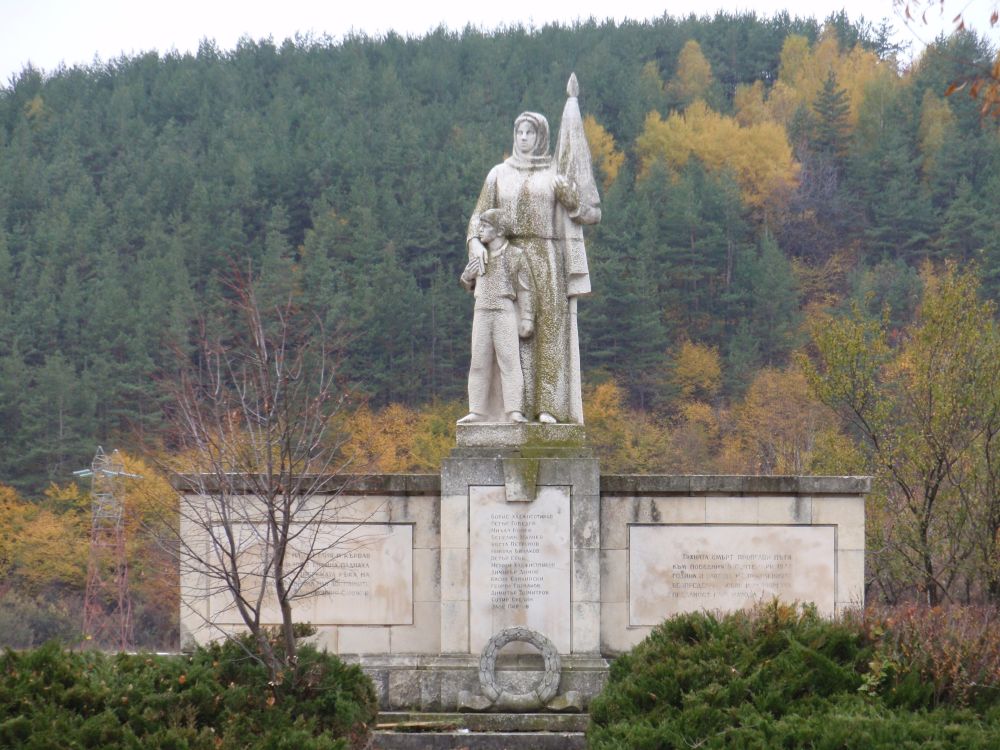 Unfortunately I don’t understand Bulgarian, but I also captured the quite lengthy text etched into the monument: 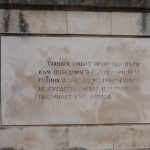 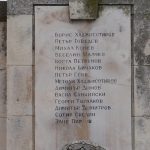 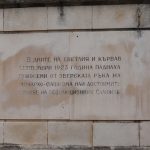 Update added 21. October 2017: A friend of mine from Bulgaria just translated this for me.  The monument is for the people from Samokov in 1923 who have died fighting against the Monarchy and celebrates at the same time the start of the communism in 1944.

You can’t make a trip to Sofia without seeing this incredible church, the Alexander Nevsky Cathedral: 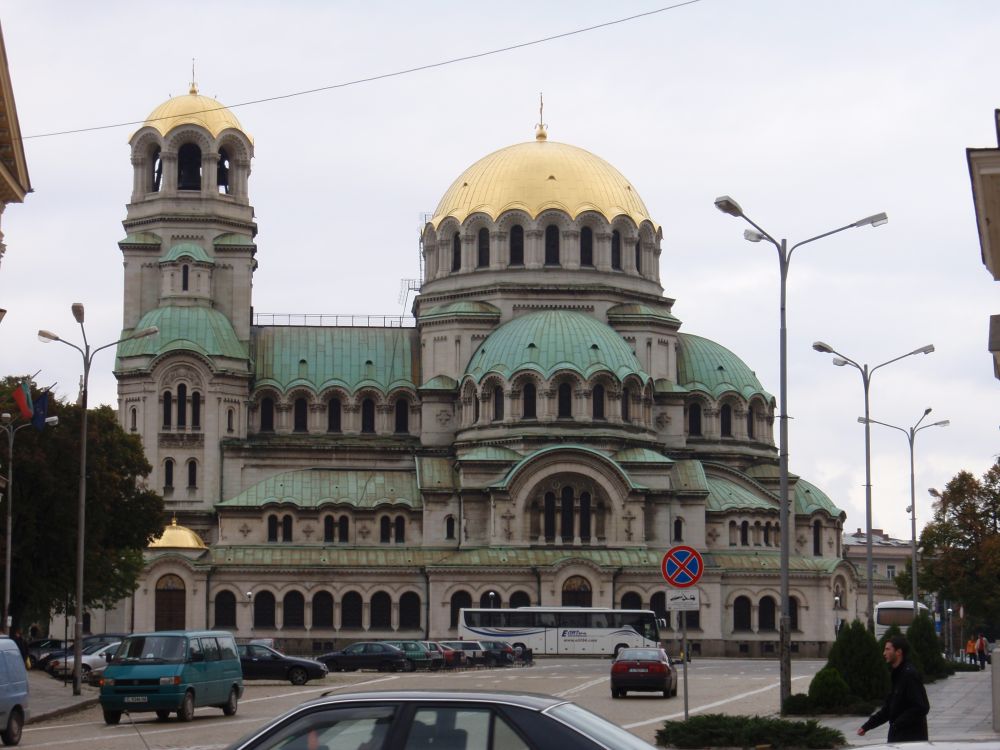 It’s a fairly modern cathedral, as far as cathedrals go – built around 1870 I think. This was always one of my “jumping off” points for long walks around Sofia, where the ancient and glorious architecture could still be found after hiding for a few generations under Communist neglect. In a generation from now, I predict Sofia will be one of the greatest European cities.

But whatever they are called, I was quite surprised to find a number of these in Sofia, Bulgaria:

The shopkeeper is located in a basement, and he / she sells things through the basement window.

I was quite surprised to find a real life example of this, since until now the only places I’ve seen pictures of these are very old photographs of London.

The first time I left Sofia to explore the West Bulgarian countryside, I was amazed to find huge numbers of storks – also known as “shturkl” in Bulgarian. Here are storks on a monument (monument storks): 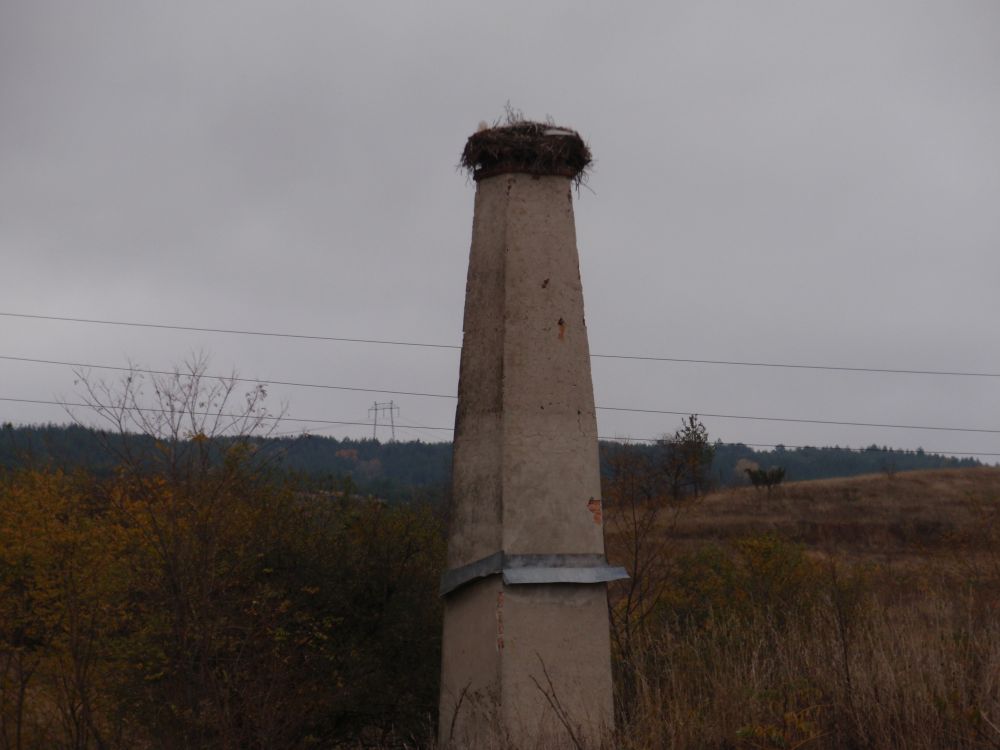 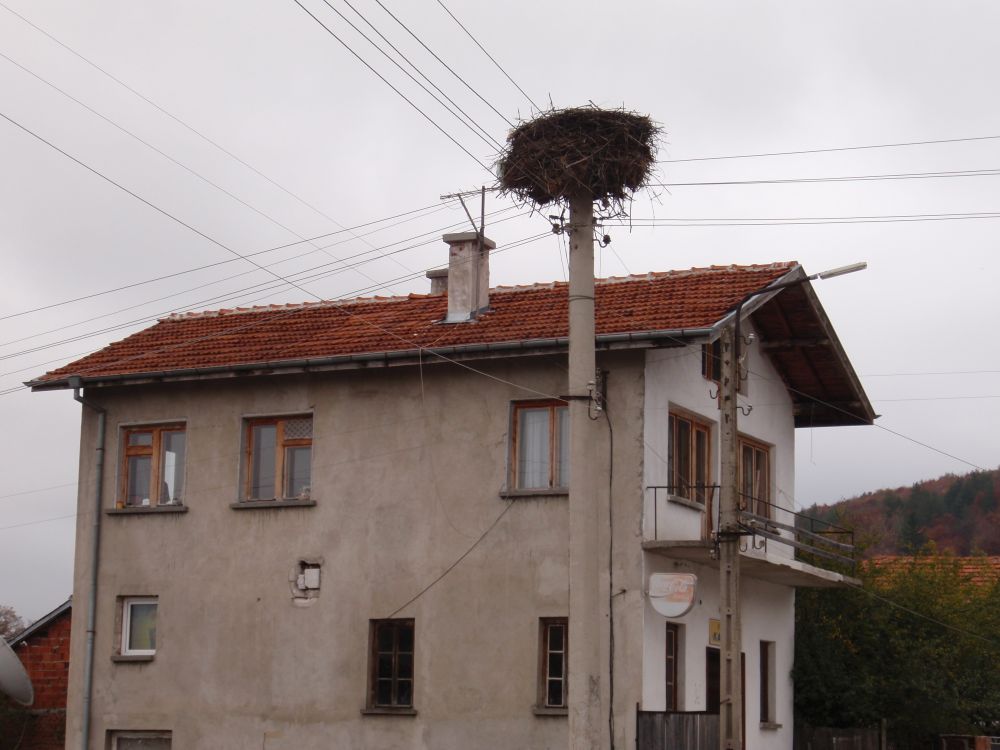 And here are storks on a house (house storks): 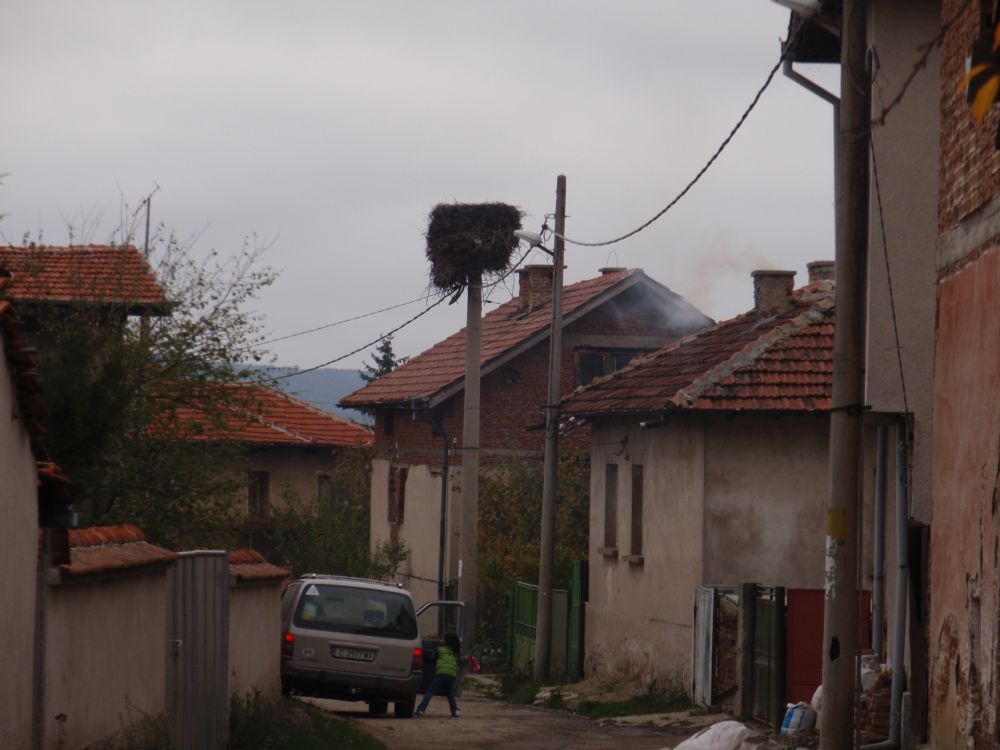 When I was building an IT organization in Bulgaria, I’d often take long walks through the capital city of Sofia.  It’s a wonderful old city, whose intrinsic and ancient beauty was still visible underneath the more recent Communist neglect.  Anyway, in addition to the old stuff, there was plenty of new stuff there as well, such as stone sculptures like this: 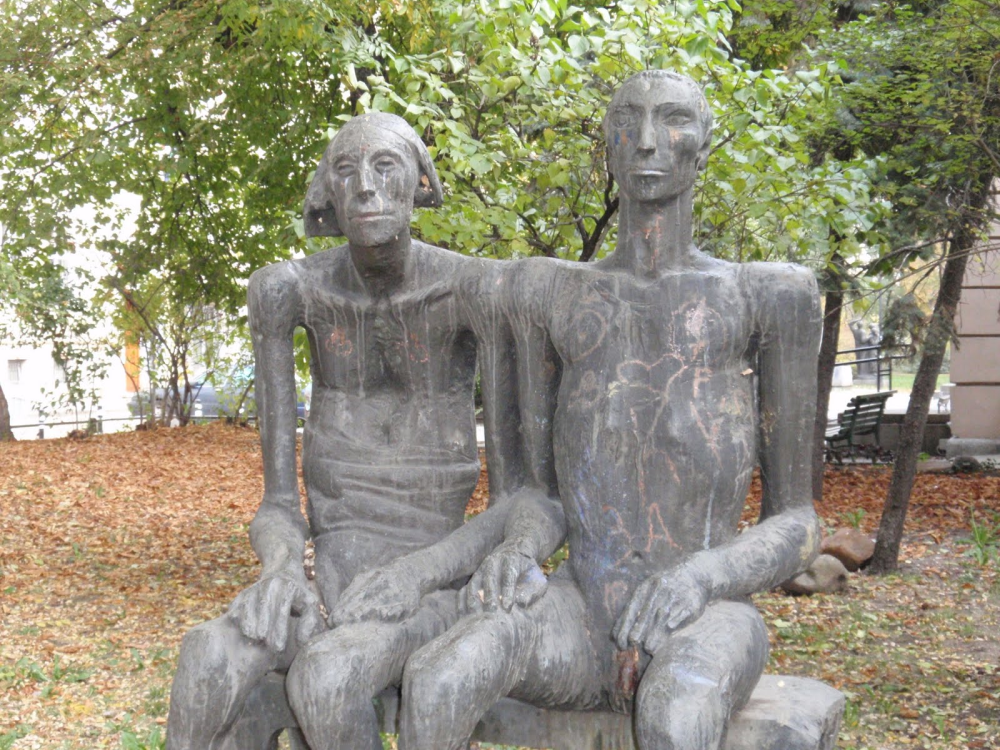 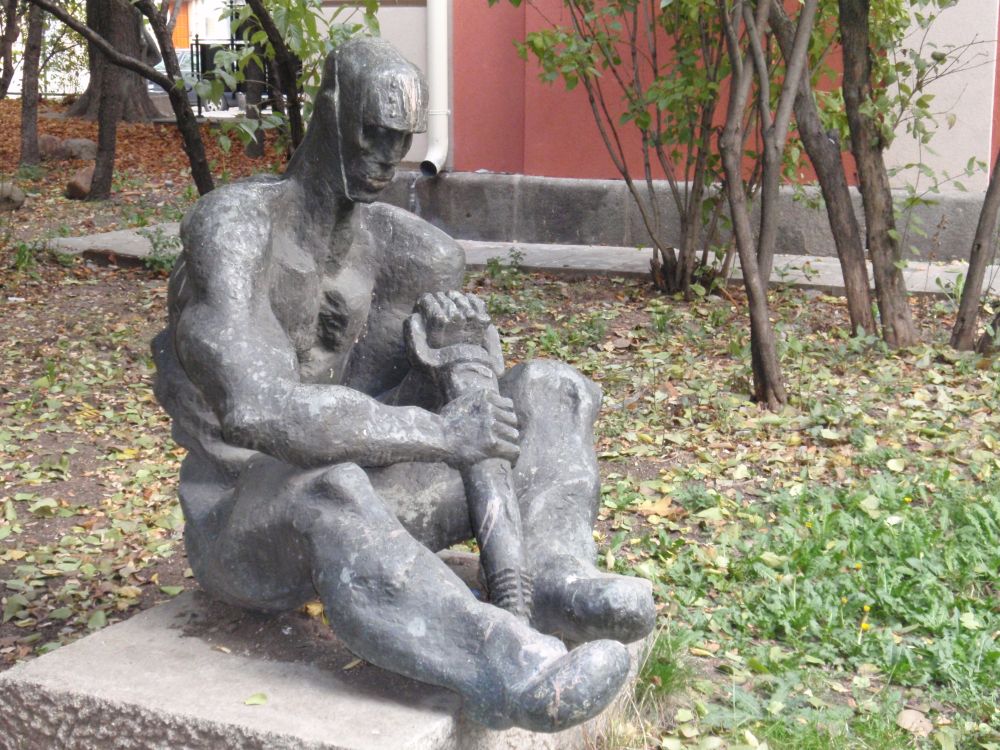 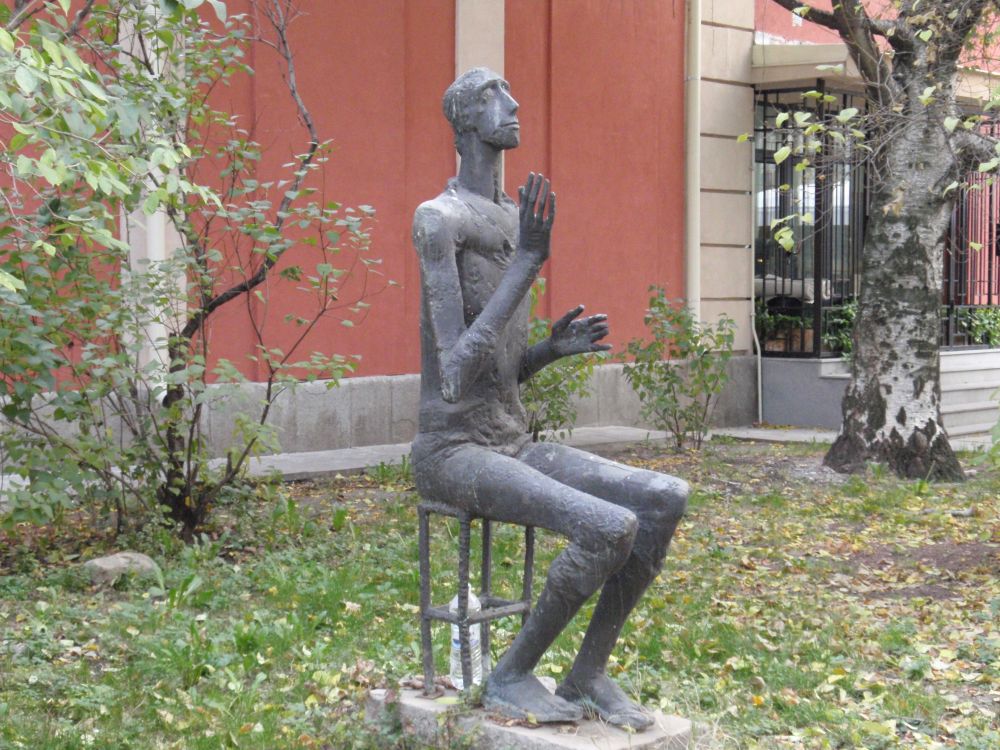 I’m not sure if they are still there or who the artist was. As soon as I find out, I’ll update this blog!

In Bulgaria you can see some of the oldest buildings and ruins and structures in all of Europe.

This is the Church of St. George, dating back to the year 400:

What’s just amazing is that you are free to enter the church, touch the old stone walls, and even walk on a real section of a real Roman road located outside! 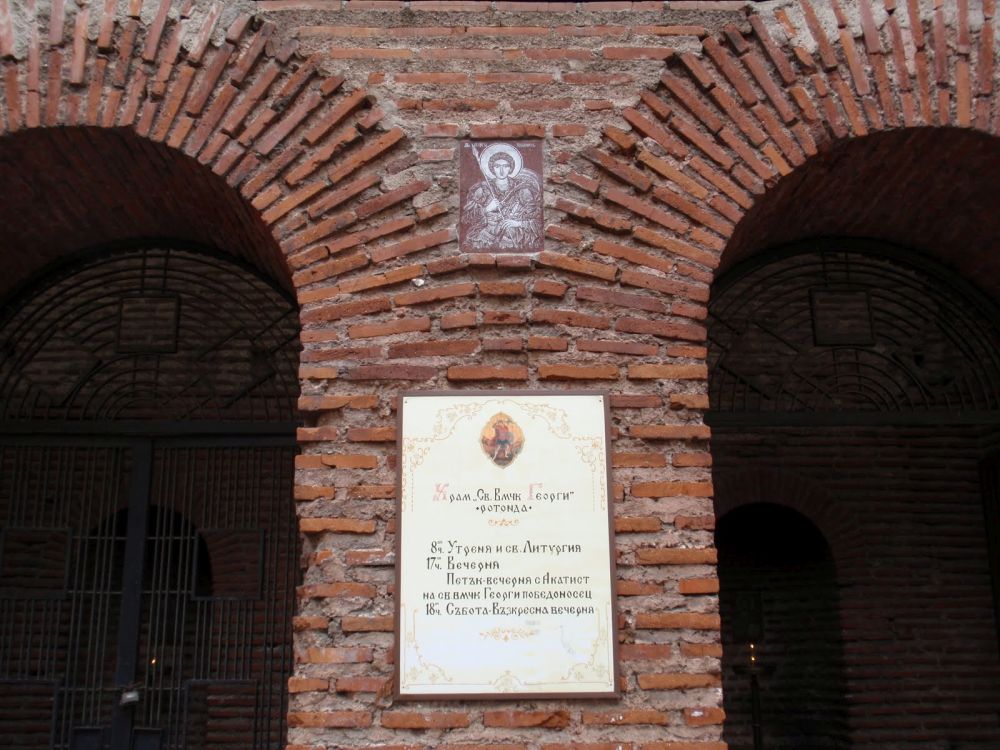 The writing on this placque looks Russian, but be careful – it’s not!  The Cyrillic alphabet  was created by two Bulgarian brothers, which just adds to the wonders and great gifts that Bulgaria has to offer!

The Bulgarian capital city of Sofia has a sizeable Roma community. Since I am part Roma myself (on my father’s side) perhaps this is a long lost cousin?

This is an authentic Russian Mil Mi-24 attack helicopter, of precisely the sort that chased Rambo. 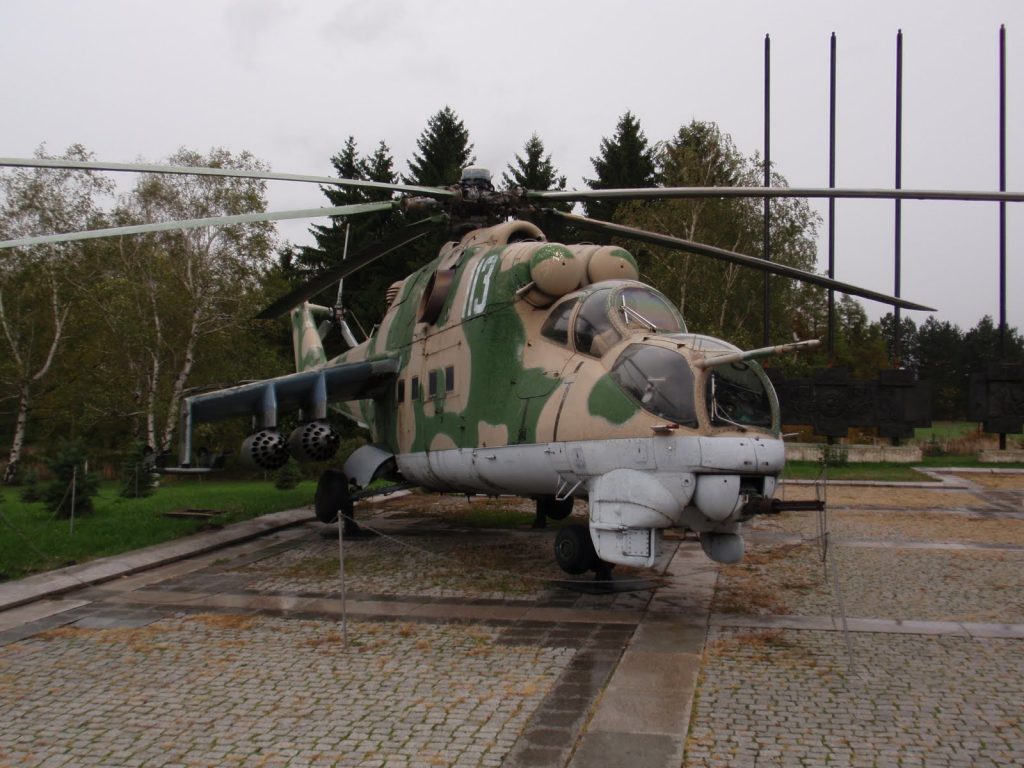 I took this picture just outside the National History Museum, in Sofia, Bulgaria.  Imagine a national history museum that greets visitors with this – how cool is that?!

(Believe it or not, Sylvestor Stallone visited Sofia just a few weeks after I took this picture, planning to film a new movie here.) 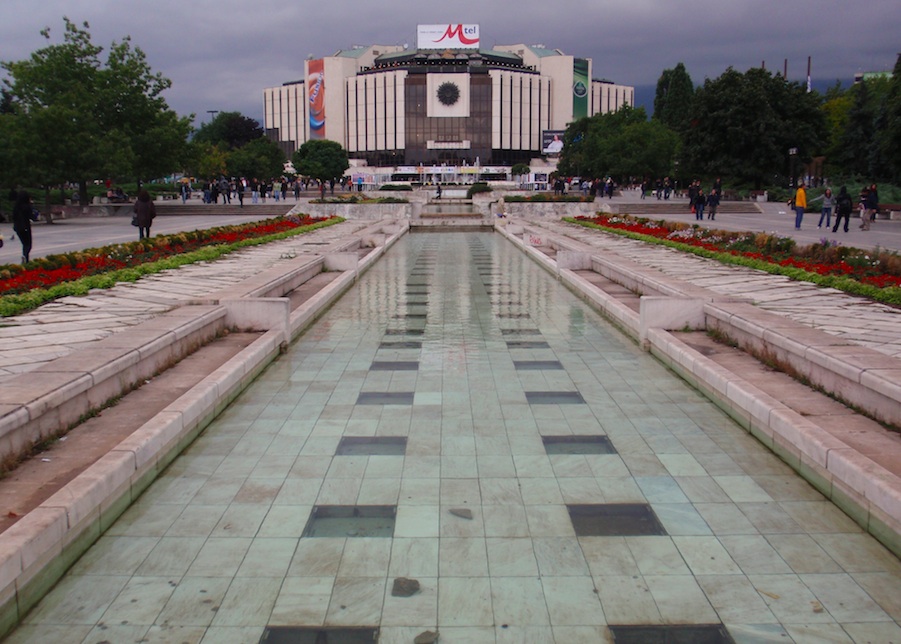