I’ve been fortunate enough to have worked on IT topics in many exciting places. 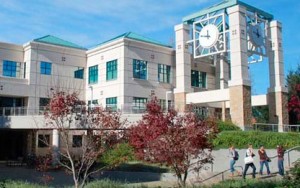 Sonoma State University is an amazing place with a beautiful campus, located north of San Francisco and just at the gateway to the Sonoma and Napa Valleys.  Here I got my first real programming challenges, developing applications that were used by real people. The highlights of my work included 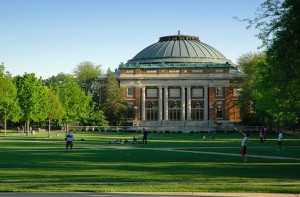 My favorite IT memories from Illinois all concern two two people: Ginny Metze, and Marc Andreesssen.  Ginny ran the “Center for Computation” and it was a cutting-edge department that enabled University of Illinois researchers to have access to cutting-edge IT systems. Marc worked in the computer laboratory run by Ginnie, and I worked closely with Marc – in fact, he was the only consultant I’d use to help me with any challenges I faced.  (You find lots of smart people in IT, but Marc was not just good: his abilities and insight – and especially, his intuition to grasp how IT could revolutionize something – were absolutely off the scale.) He went on to have a stunning career as the father of Mosaic, then Netscape, then – more financially significant but much less well known – OpsWare. Marc’s now a co-owner of a venture capital firm – and he stunned me when, not all that long ago, we traded emails and he said he remembered me! 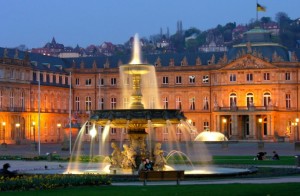 In 2000 I joined the Consulting and Integration division of Hewlett-Packard, located in the Baden-Württemberg region of Germany, also known as Schwabia. Perhaps I am strongly biased, having lived there 10+ years, but this part of Germany has the most incredible landscape and people.  Interestingly, after many years there I learned some new facts about my family’s genealogy that were uncovered. It turns out the original family name was Riedle or Reidle (nobody knows for sure), and during the religious wars this family was part of a mass exodus of people that fled Germany, following the Danube river (in German, Donau) into what is now Austria and Romania. So it seems it was fate that brought me here, and I may be one of the so-called Donauschwaben. 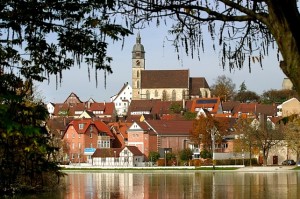 Working for Hewlett-Packard was one of my biggest culture shocks yet. I was an American, at the time barely fluent in German and barely acquainted with the German culture, and I was sent to consult and work with German customers at large corporations: DaimlerChrysler, Lufthansa, Roche Applied Sciences, and the like. My original speciality was custom business applications focussed on information lifecycle management (ILM, or getting the right information to the right people at the right time) as well as document management, records management, and the like. It was during these early years that I got terrific experiences in selecting and managing suppliers and contractors, but most importantly: working with customers, understanding what is important to them, running workshops and capturing requirements – and later, managing projects and trying to win new projects from senior stakeholders. It was a fabulous, fun time – but for me personally, overcoming additional challenges posed by language and culture made it even more rewarding. 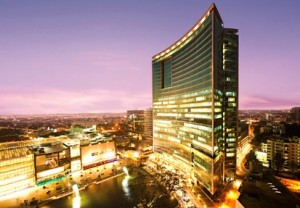 This photo shows a modern complex where a good friend of mine lives. India in general, and Bangalore in particular, are truly amazing places.  And I feel doubly fortunate: I grew up in Silicon Valley when it was the IT capital until recently, and I lived and worked in India for 3 years, as it became the IT capital today. Why Bangalore?  Historically this part of India was a center of technical innovation, dating back hundreds of years.  In my own opinion, more than in other parts of India, that technical innovation culture is deeply ingrained in the people of south India – so it was only natural it would bloom when given modern opportunities. I think there are 2 keys for a foreigner to have success in India: you have to be patient to learn new things, and you have to be adept at the Asian culture.  I’ve always been patient, and it was a real pleasure for me to learn so intimately what makes India so special within Asia. While I was here I managed an organization that grew to over 60 exceptionally talented software engineers and managers, and not a day goes by when I don’t miss working with every one of them! 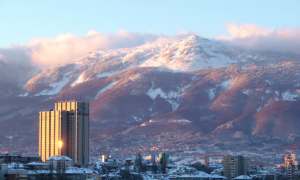 This is the view of Vitosha Mountain I saw out my window everyday. I was sent to Sofia, Bulgaria, to build a rather large IT organization – and I had no idea what to expect. What I found were these incredibly passionate people – are all southern Europeans so passionate? – but also a multi-facetted people: different subcultures and experiences. And at least the people I could find for my team had a very high energy for working and work ethic. The whole country seems as interesting as Sofia, from the tiny villages with hundreds and hundreds of storks (who would expect that?), to a place that is more Macedonia than Bulgaria, to a Schwabian village built by the Donauschwaben; I think the last German speaker recently passed away. Tip: if you have money to invest, this is the place to do it. Bulgaria may be ranked as a low income country, but when you see the treasures here, it is just a matter of time before only millionaires can afford to live here. 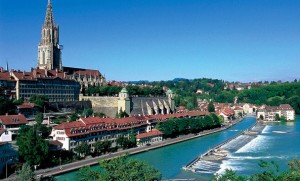 Switzerland has never claimed to be one country but instead is proud to be a collection of 26 smaller countries, each with their own unique language and culture. The seat of the Eidgenossenschaft is here in Bern – and it’s here where I managed the software development team with the technically most challenging job I’ve had: keeping the IT systems for the Swiss Federal Railways (SBB) continuously maintained and improved.  You may think you have seen complex software landscapes, but I guarantee they are just peanuts compared to those at the SBB: hundreds of subsystems and thousands of interfaces – very unique mobile devices and ticket vending machines – and the team of 150+ people (I only managed a part of them) that produces two releases per year with huge functional changes.  And the quality standards are high: if the systems don’t run, then Swiss people can’t take the trains. What gives me the most pleasure, still: I can be in any train, in any train station, or even looking up information on the web or my cell phone application – and I can still see the various technical pieces the team was responsible for. It is terrific to see your “handiwork” in daily life! 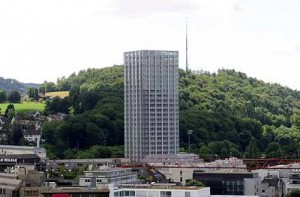 In so many ways, my time here was a crucible where all my experiences and skills in IT came together. I got a wonderful chance to renovate the core IT infrastructure and the organization, as well as oversee the construction of a so-called “private cloud” housed in two ultra-modern data centers.  And without doubt, I am more proud of our results here than anywhere else. No, I could not leave behind a gold-plated organization.  But I could hand over a well-functioning infrastructure – and highly motivated crew, a few of whom we could promote to manager – to the next generation of management (exceptionally top people!), to enable them to build it up to the highest CMMI-5 level.  Areas I worked in included building and commissioning the private cloud, our network (LAN and WAN), the server and storage infrastructure, as well as the enterprise platforms. I must leave it for other people to judge, but what I hopefully accomplished was to go a long way to rebuilding the trust and faith of our business stakeholders in IT: I think it is ultimately the goal for business to treat IT as equal partners, but I think first IT has to treat business as customers. As a final note: when I look back on my time here, I also learned a great deal (as I do everywhere), but I never expected my close working relationships with Ulrich Biermann and Stefano De Colle to be at the forefront. These guys are IT procurement managers, and this is the first time I saw IT procurement as more than a job or a function but as a true professional calling.  I thought I already had good experiences in this area – but the new things I learned from these guys about IT considerations, improving our negotiations with IT providers, and optimizing IT contracts I will not soon forget – thanks, guys! 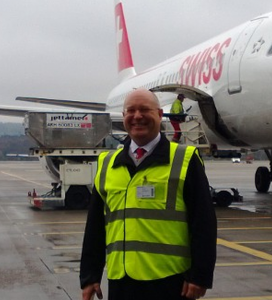 What could be more cool than an IT guy donning a “Hi-Vis” vest and working on the tarmac at an airport?  Swissport is the world’s largest ground handler – which means our job is to service the planes after landing and before take-off.  The challenges are enormous: a high pressure, high responsibility, extremely low margin business – which means the optimal use of IT can bring a huge advantage to the business.  My job here is to help centralize and modernize the IT organization and systems: it’s called “IT Transformation” and it’s so interesting because it unites people, process, and technology.

Life is tough, and some business lines of SPS are fast becoming a victim to themselves, for the need to digitize paper-based information is disappearing rapidly as the world goes digital.