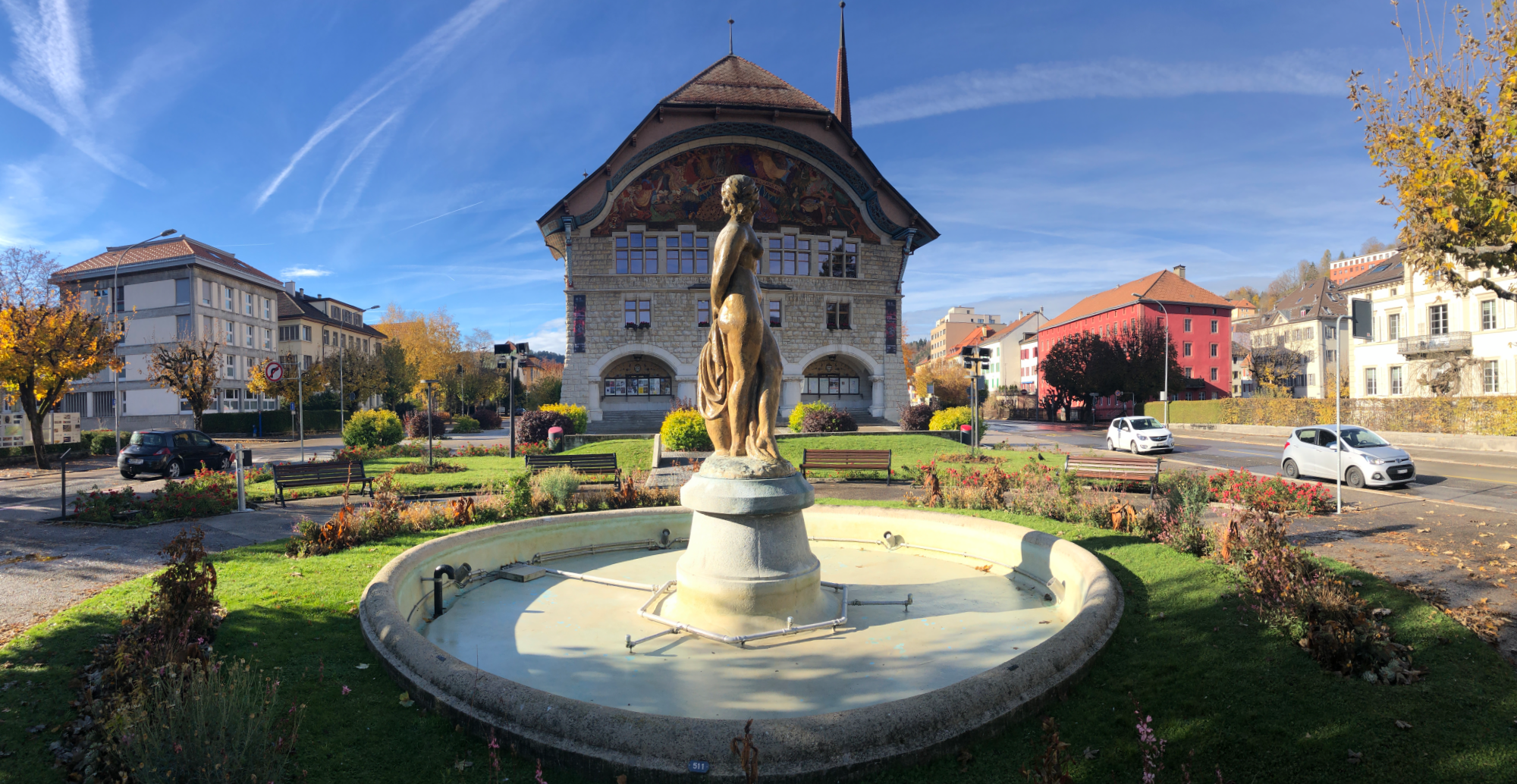 I had a very intense bittersweet moment here, just as I was taking this snap. A big black crow came up to me – which crows very rarely do. Somehow we connected, albeit briefly, on that part of consciousness where man and crow overlap. After this spiritual bonding I tossed him a huge pecan nut from a bag I was carrying. Instead of enjoying it, he just carried it off to one of the bushes you see in this snap, and promptly buried it.  Did he truly think it was his nut – maybe a nut so good it could not be eaten today but best saved for a more festive time? Was he just showing me how much he cherished the nut, only to return to eat it after I left? Or . . . was he contributing to the foodstocks of all the crows in Le Locle – and if he was, would that somehow reduce the pleasure I took from this man/crow nutgiving gesture? Or rather, should I judge a community spirit like that to be both admirable as well as somewhat lacking in mankind?

What is worth mentioning now is that the famous science fiction writer Stephen Baxter has postulated that after the evolutionary fall of man, crows will ascend and become the dominant species. Maybe this little man/crow event today is a little evolutionary kick along that inevitable journey?