Since my IT career began, I’ve been involved in hundreds of IT projects in different companies and different domains. When I think back over this work, a few highlights stand out that I thought you might find interesting or useful.

Turbo Projektmanagement: mit einfachen Mitteln schneller zum Projekterfolg is a fabulous 197-page book written by Patrick Schmid that can be read in one afternoon. It lists seven “eternal problems” and it gives a clear and simple solution for each of them.

I’ve been involved with robust project management methodologies such as PMI, and in some very complex areas with compliance topics such as FDA validation – but sometimes having such powerful tools means you overlook the basics. The core theme of Patrick’s book is that with common-sense, a large dose of social skills, and Microsoft Excel, you bring many complicated projects to successful conclusions. 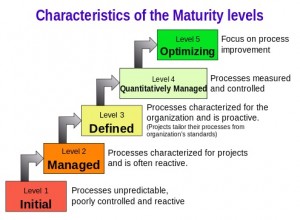 I am a huge fan of the CMMI framework.  No, I don’t believe it should be implemented everywhere – and especially not at the golden Level 5. (At Hewlett-Packard in India we operated at this level, but – much to the dismay of a few Indian senior managers – I often dialed back the processes in my teams to 2-4, because profit and time-to-market were key.)

But to me this framework serves exactly the same purpose in IT as something like classical mechanics serves in physics: it gives you a set of tools and a framework for dissecting and then understanding any complicated processes or environments you might encounter – or for doing what I did: adjusting the maturity of your approach on an almost tactical basis, to accomplish your goals in the most ideal way. I highly recommend to anyone in IT who hasn’t learned about CMMI to buy a book and learn the basics.

I worked closely with Mario Neumann for many years while he was a trainer at HP, but he’s long since left to pursue his passion: running his own training and personal development company, particular in the field of project management. There is a good reason that Mario consistently wins awards as the best trainer and speaker in Germany, and if you ever take a class or training from Mario, you will know why: it is a mind-blowing experience.