While driving across the French countryside in Southern France, I happened upon an usual sight – a dark gray cloud that I though was smoke from a fire.

But as I got nearer, I realized it was no smoke and no fire, but rather thousands upon thousands of birds!  This sight was so spectacular I had to stop and take a snap. The birds you see here are just a tiny, tiny fraction of them – many, many others were located on the other side of the building. Conservatively, I’d have to estimate there were at least 1 zillion birds: 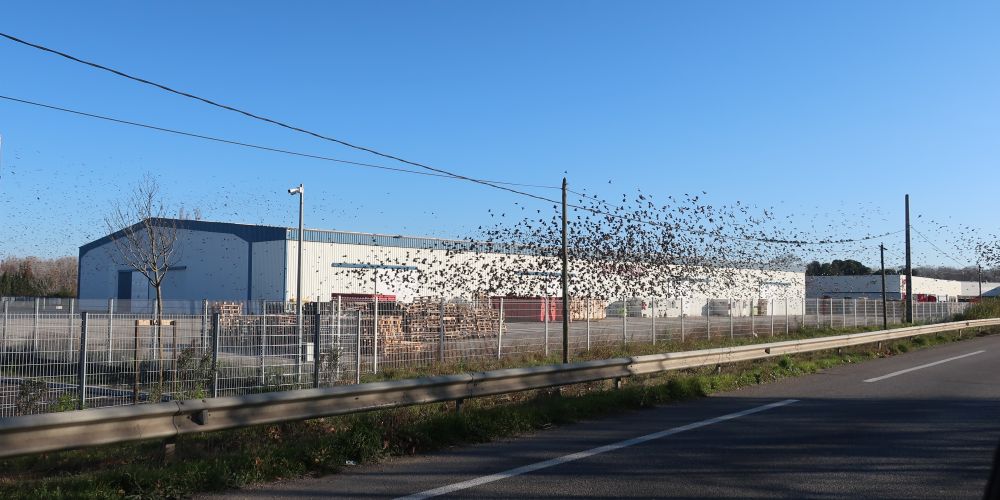 Now, I’ve seen beautifully choreographed flights of birds in the skies above Rome, tracing out Lissajous-like figures. But this was nothing of the sort. It was a chaotic mess.

I have speculated about plagues of swallows in France. Sadly, I am not a bird watcher, so I can’t tell you why these birds gathered here, in the middle of winter, and what exactly they were hoping to accomplish. 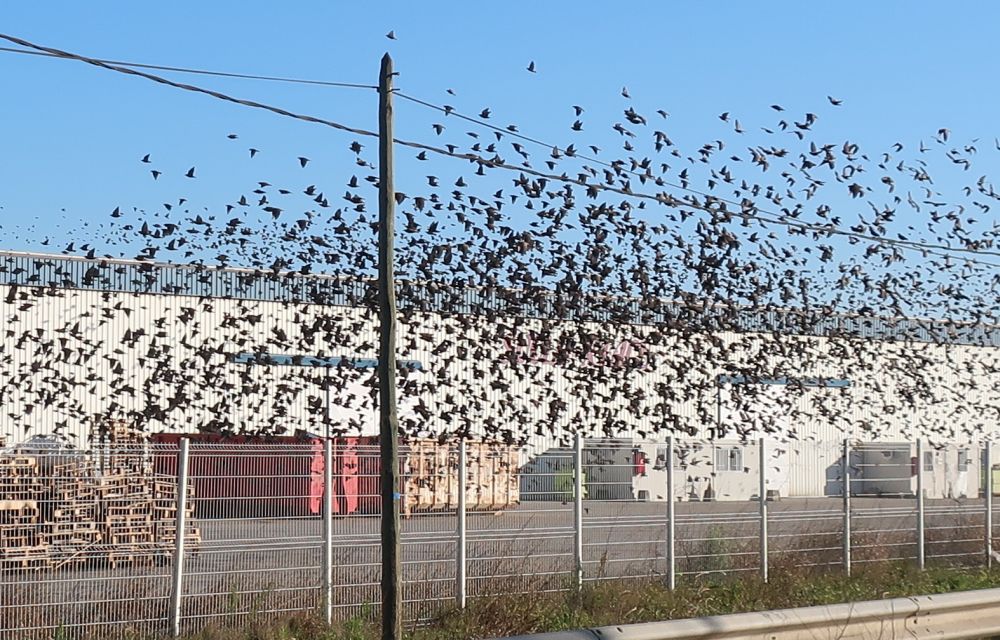