But nevertheless I could not believe my eyes when I came across this bird house, right smack dab in the middle of the village: 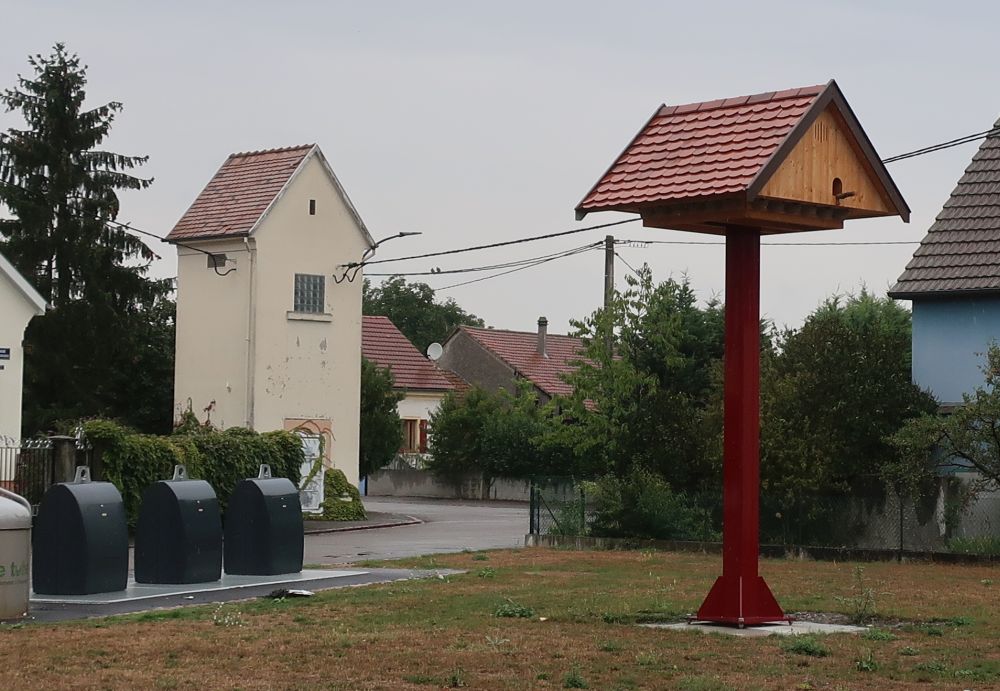 If you look closely, you’ll see not only that it was designed to withstand a F5 tornado (which has never happened in Alsace, either) and that it sports tiny gray swallow enclosures on the underside of the platform.

There must have been swallow babies in there, because I could hear them squeaking.