In the deep south of India, not too far from the Kolar Gold Fields and just on the border between Karnataka and Andhra Pradesh, is the amazing Shiva temple called Kotilingeshwara.

It is not a temple in any conventional sense of the word.  It is more of a indoor / outdoor park, filled with thousands upon thousands of small, identical statutes called linga, which is actually a representation of the Indian god Shiva.  Here you can see a few of them, with a huge statute of the sacred cow Nandi in the distance: 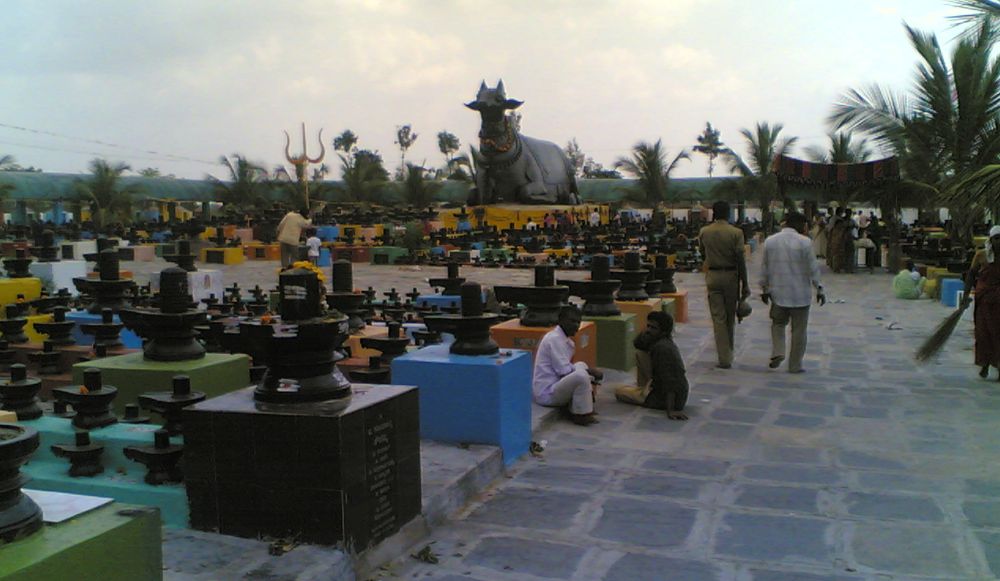 Interestingly, I arrived on the day of a festival, and thousands of visitors were expected and beginning to line up. But a cousin of a friend of mine is a police officer who is assigned to this temple, so he let us in early before the crowd.  (That’s him above in the dark khaki clothes, carrying his big long stick that police offices in India are famous for.)

Here’s another look, showing some of them as large as a building (it’s one of the largest in the world), and others as small as tea cups: 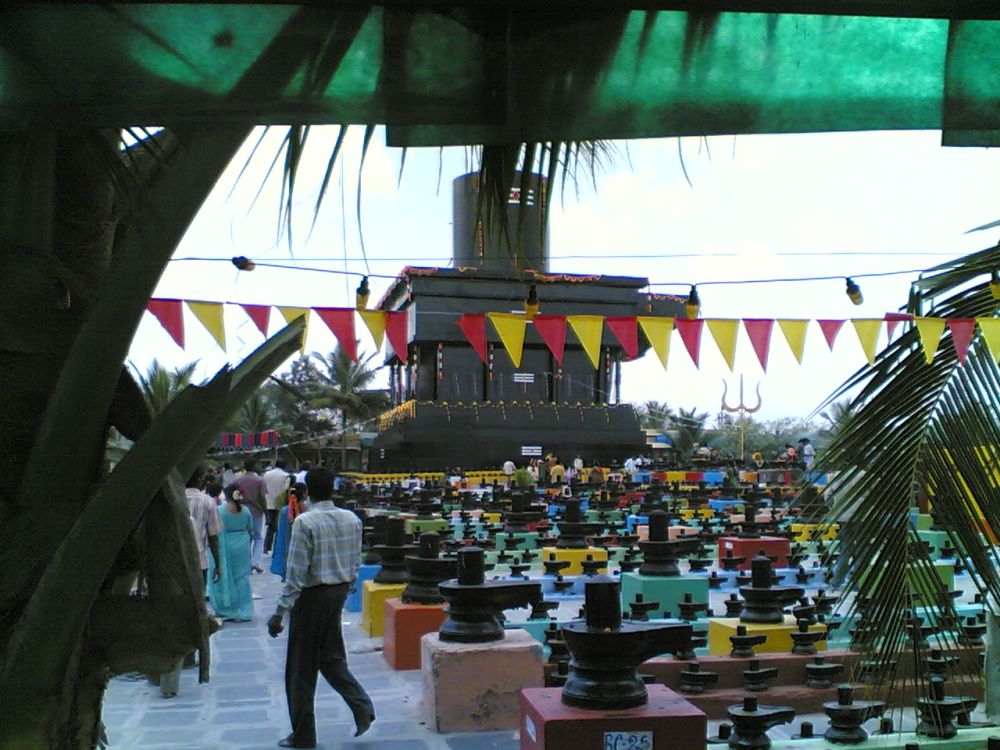 I don’t know the details, but I think for the price of a donation to the temple you can arrange to have a lingam dedicated with your name. 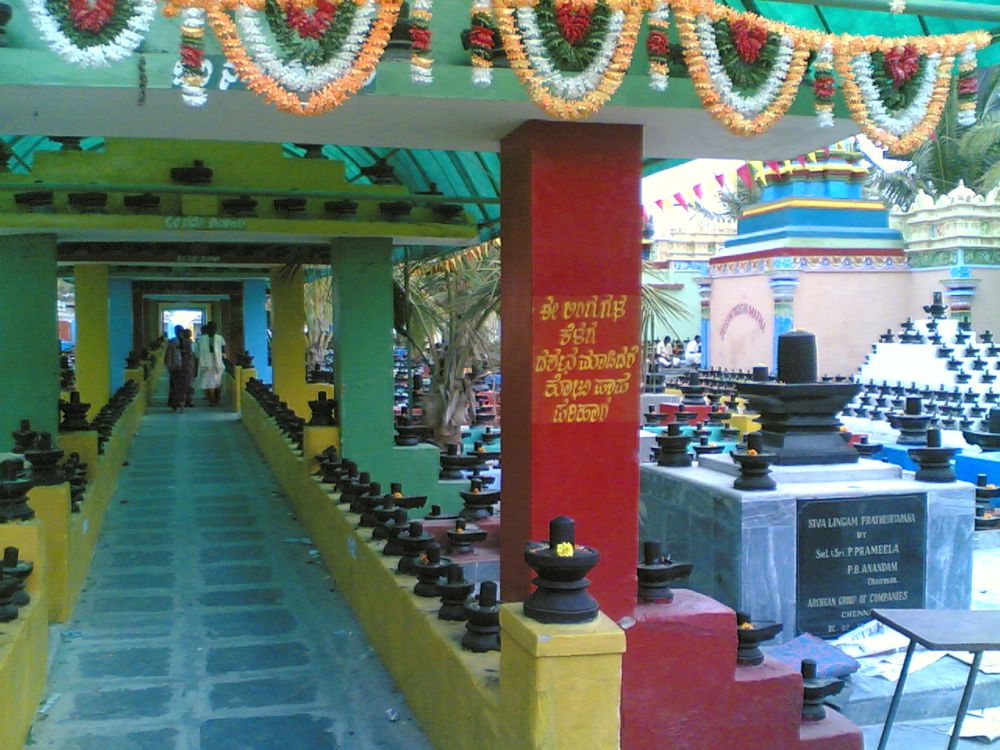 Oh, and for those who think that Indian names are quite long and difficult, this name provides a wonderful segue to an upcoming post about Indian names: koti means 10,000,000, linga we talked about above, eshwara means god – hence the name Kotilengeshwara refers to the 10 million manifestations of the god Shiva.