OK, I don’t know if it is or if it isn’t, but here’s a snap I took with my mobile phone in Bern, pointed east towards Geneva and France: 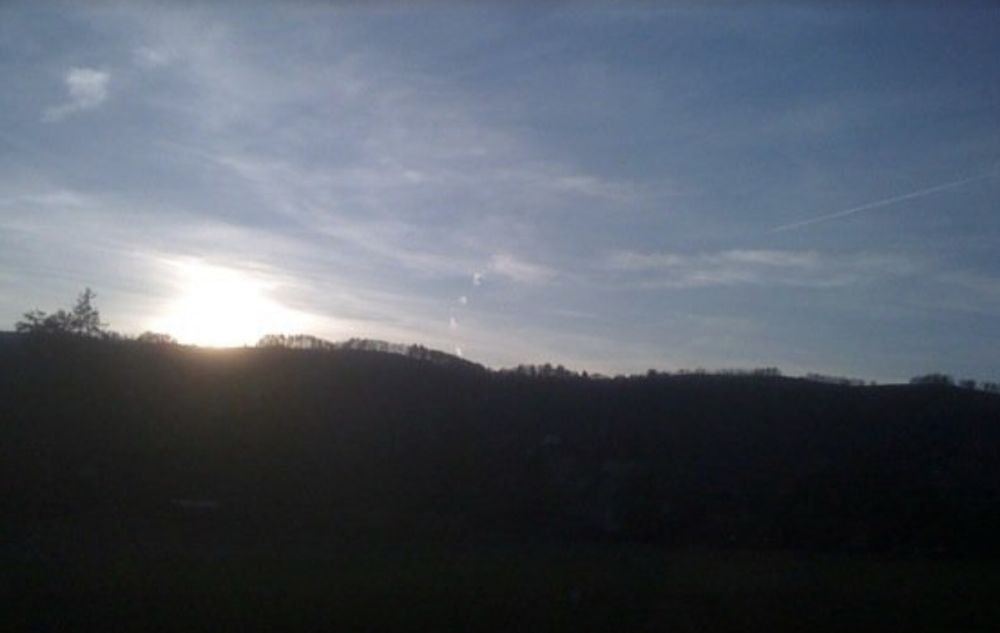 What you can see in the center are tiny bits of contrails – in fact, there were many more of them but they started to disappear by the time I could get out my mobile phone and take the snap.

These “doughnuts on a rope” are the tell-tale signature of something called a scramjet engine.  And the only suspected vehicle thought to sport a scramjet engine is the top secret Aurora hypersonic spy plane.  Did I find one in the skies over Switzerland?

Interestingly, although the existance of the Aurora hypersonic spy plane has never been confirmed by the U.S. government, in fact scramjet engines are very well known. The University of Illinois at Urbana-Champaign has a top program for aviation engineering, and a good friend of mine told me a story about them testing a scramjet engine in a large hangar – in which a dog was accidentally locked into the hangar. After the test they discovered the dog, dead – but the amazing part is that all his bones were liquified by the intense sonic pressure waves of the scramjet engine.