Not a lot of people today know much about Verdun.

Since the 1700’s it was the sight of massive and devastating battles, culminating in the Battle of Verdun in 1916. Around 1 million soldiers were killed in violent combat, at a rate of around 70’000 soldiers per month.  In German, it’s known as the Schlacht um Verdun – in my view more fitting, since the word Schlacht is more than just “battle;” also carries the connotation of slaughter.

The question I’ve always wondered about: why?  What was so special about Verdun?

I only just found out the answer when I recently visited. Here I am on a hill looking north, at the flat region hundreds of meters lower: 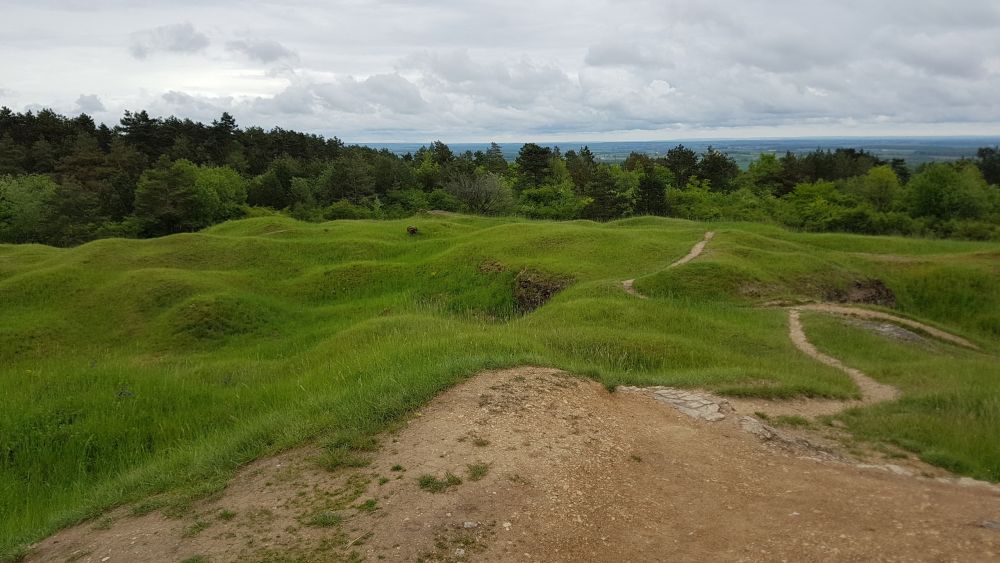 So . . . anyone trying to invade France (such as the Prussians in 1789, or the Germans in 1916) need to cross these hills.  Over the years and centuries pre-dating WWI the French fortified these hills, with forts and bunkers and tunnels.

(Although its not visible when you visit Verdun, I have read that, at least in the early 1900’s, the French took a great pride in their possession of Verdun.  And that is something that, according to some scholars, the German general Erich von Falkenhayn tried to exploit when he launched his WWI campaign — not strictly to take and control Verdun, but instead to slaughter as many of the French soldiers as he could. There are other scholars who believe this argument was bogus – just his attempt to justify his ineptitude.)