But if you have lived here as long as I have, you know there are other secrets – real secrets – secrets so terrifying that even the Swiss themselves never speak of them, even in the privacy of their own homes. Secrets which, if you were even to whisper them to a close friend at a bar, mean you would be likely to simply disappear.

The Eschenberg Tower (in German, the Eschenbergturm) is one of these mysteries. It has been rumored to be a huge steel tower, many hundreds of feet tall, hidden deep within the thick forests of north-central Switzerland.

Who built it? Nobody knows.

Why was it built? Nobody knows.

Does it really exist? A secret that no Swiss will ever reveal to you.

Well, for several years now I hike through the forests – not knowing exactly if this rumor is true – so you can imagine my surprise when I found myself on a lonely hiking trail and I saw this sight: 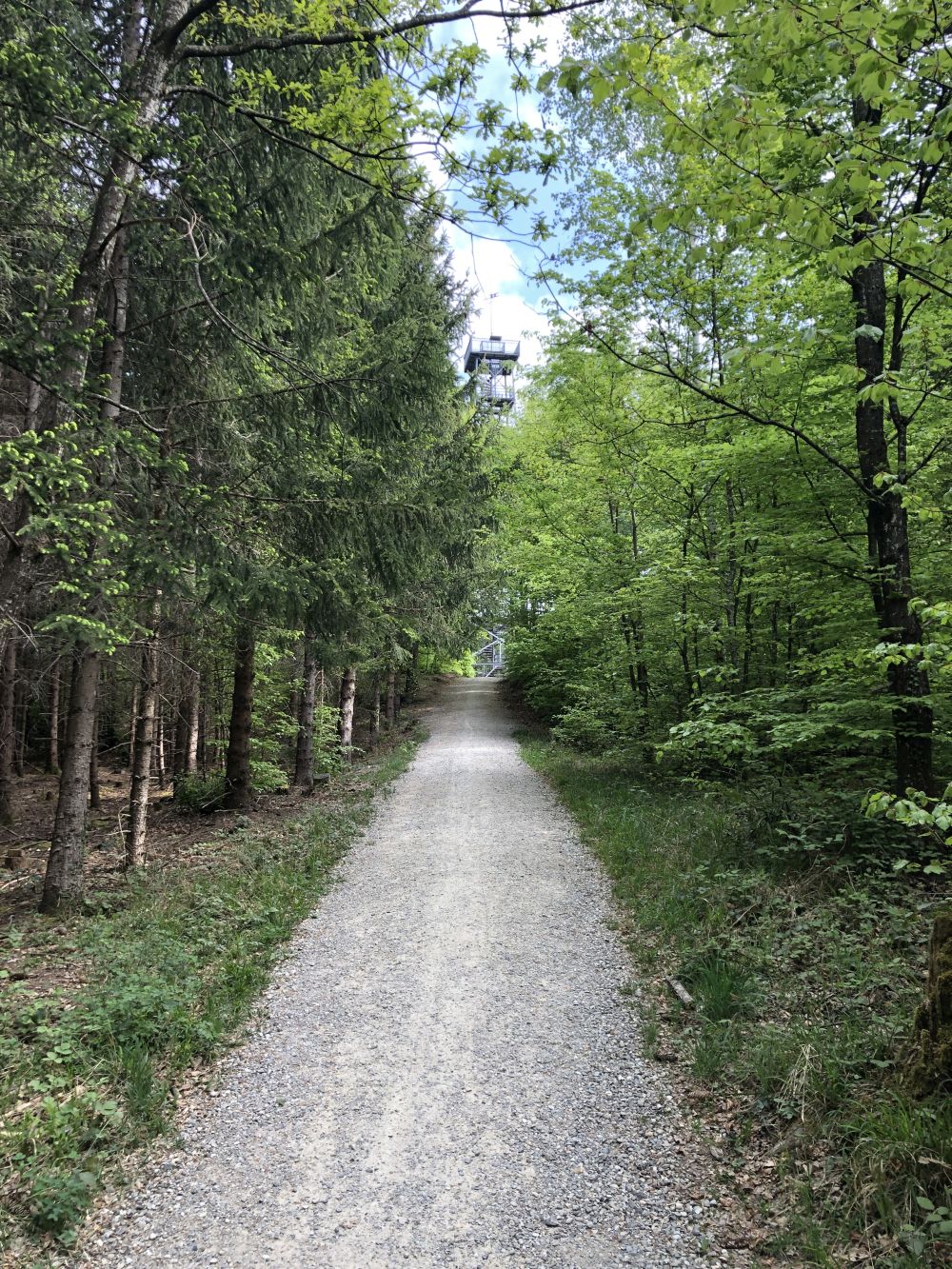 Could this be that mystery tower?

My heart began to heartbeat. My pulse began to pulsate. My sweat began to sweatswate.

I approached slowly – and cautiously – in a state of near disbelief – until my eyes gazed upon this incredible sight! 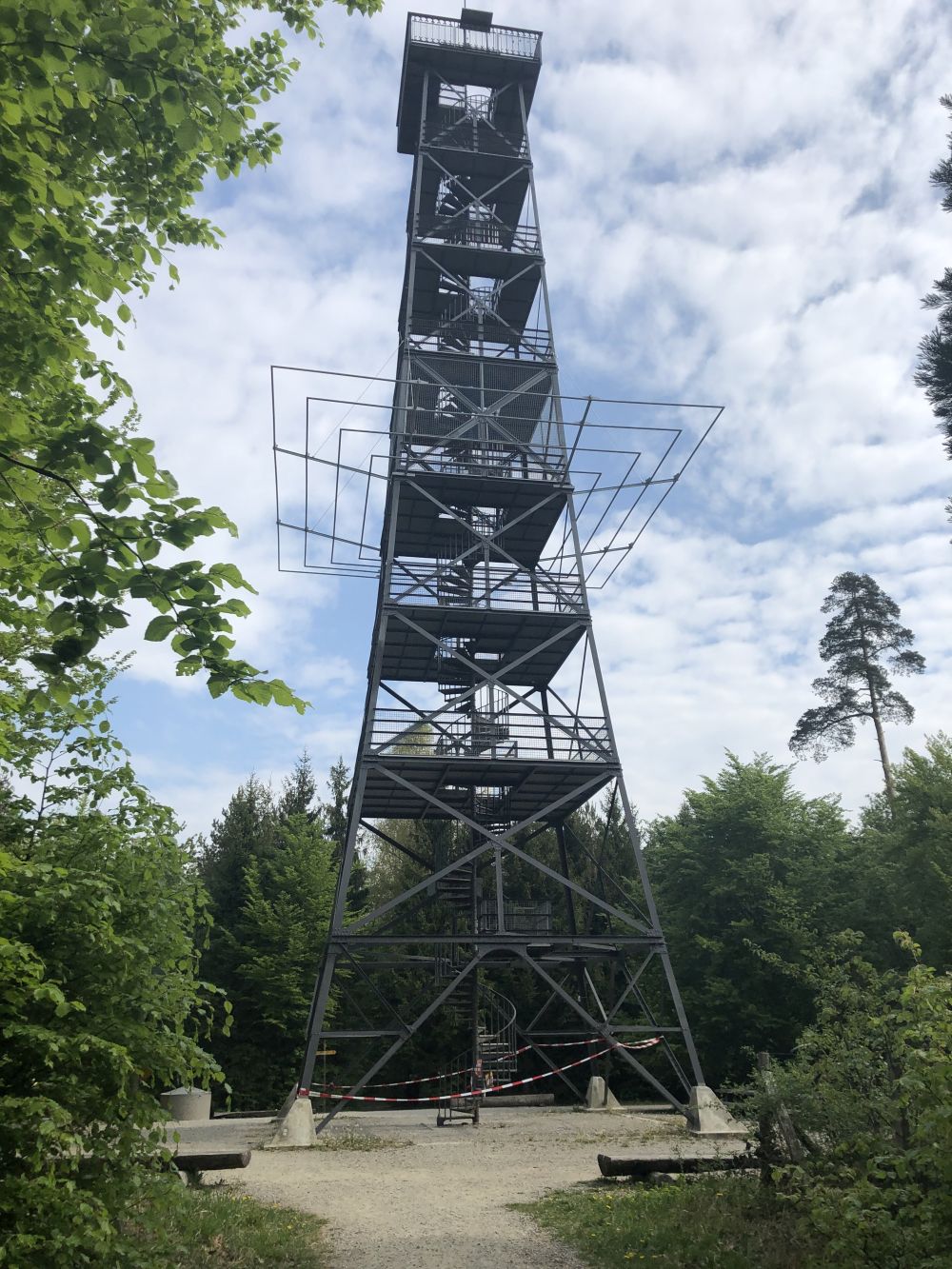 It is indeed a tall tower, many hundreds of feet tall. Here is as artistic a snap as I thought I could get: 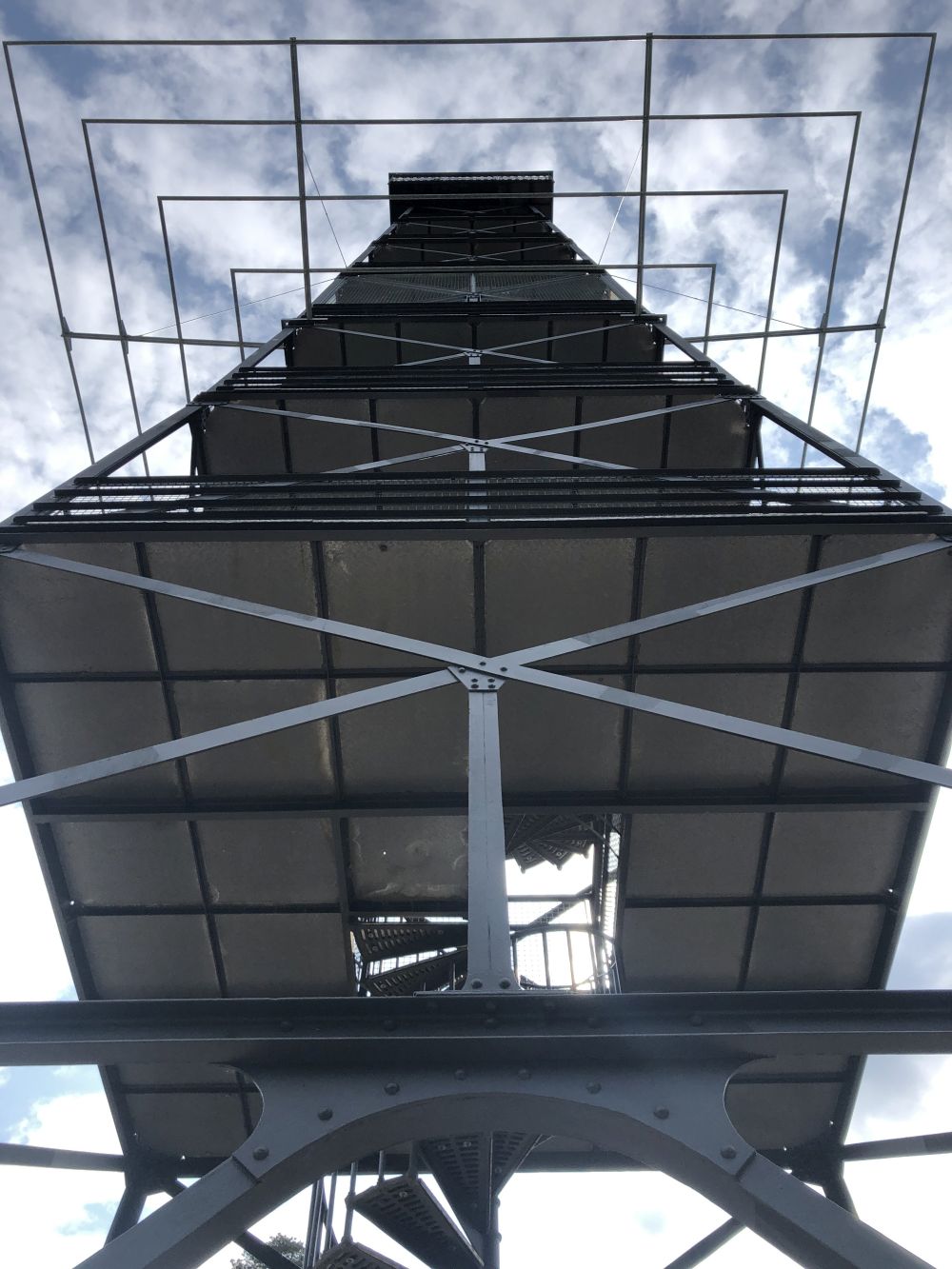 So, yes, I can confirm that this tower really does exist. But I cannot even dream of letting you know where. And in fact, after leaving he tower, I totally wiped my mobile phone to ensure there was no electronic trace whatsoever of where I have been.