While traipsing about the southern countryside in Provence, I spotted this cactus hiding out behind another plant: 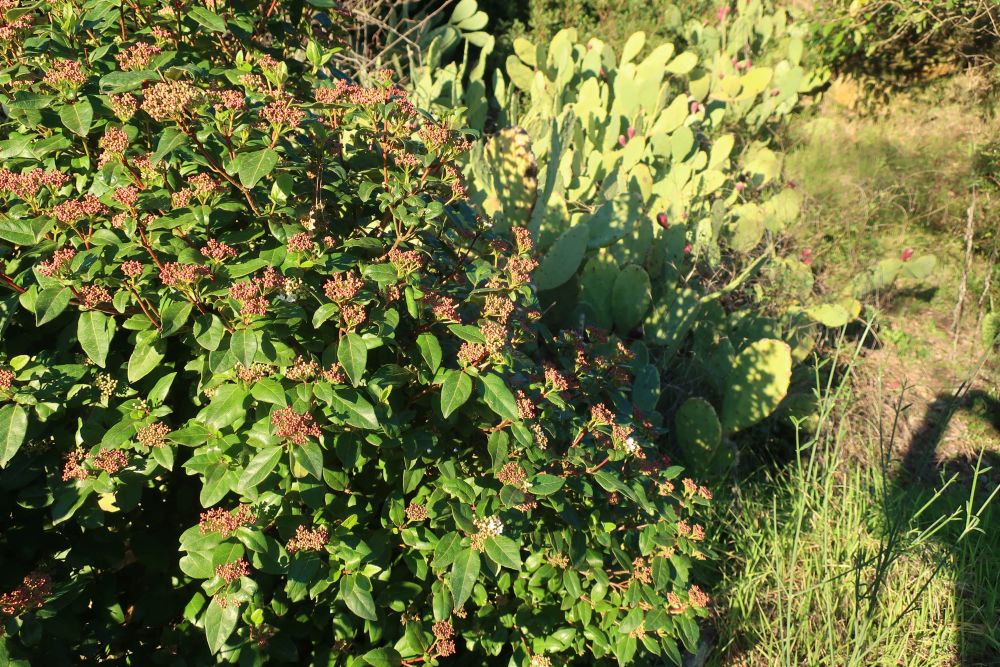 This is no ordinary French cactus – in fact, it isn’t French at all!  It is a species of cactus known as the prickly pear, and it is in fact an invasive species that was introduced to Europe – from America – back in the sixteenth century.

Interestingly, like a fool, I tried to pick up one of the fruits and received about one thousand little stingers in my finger. I was able to remove most of them – but now, three weeks later, as I write this post, there is still one lodged in my finger and causing me pain. Not quite sure what will happen, since try as I might, I can’t seem to remove it – or even see it.