The Old City of Jerusalem, with the bright golden dome of the Qubbat As-Sakhara mosque (also known as the Dome of the Rock) as seen from the nearby hill called the Mount of Olives: 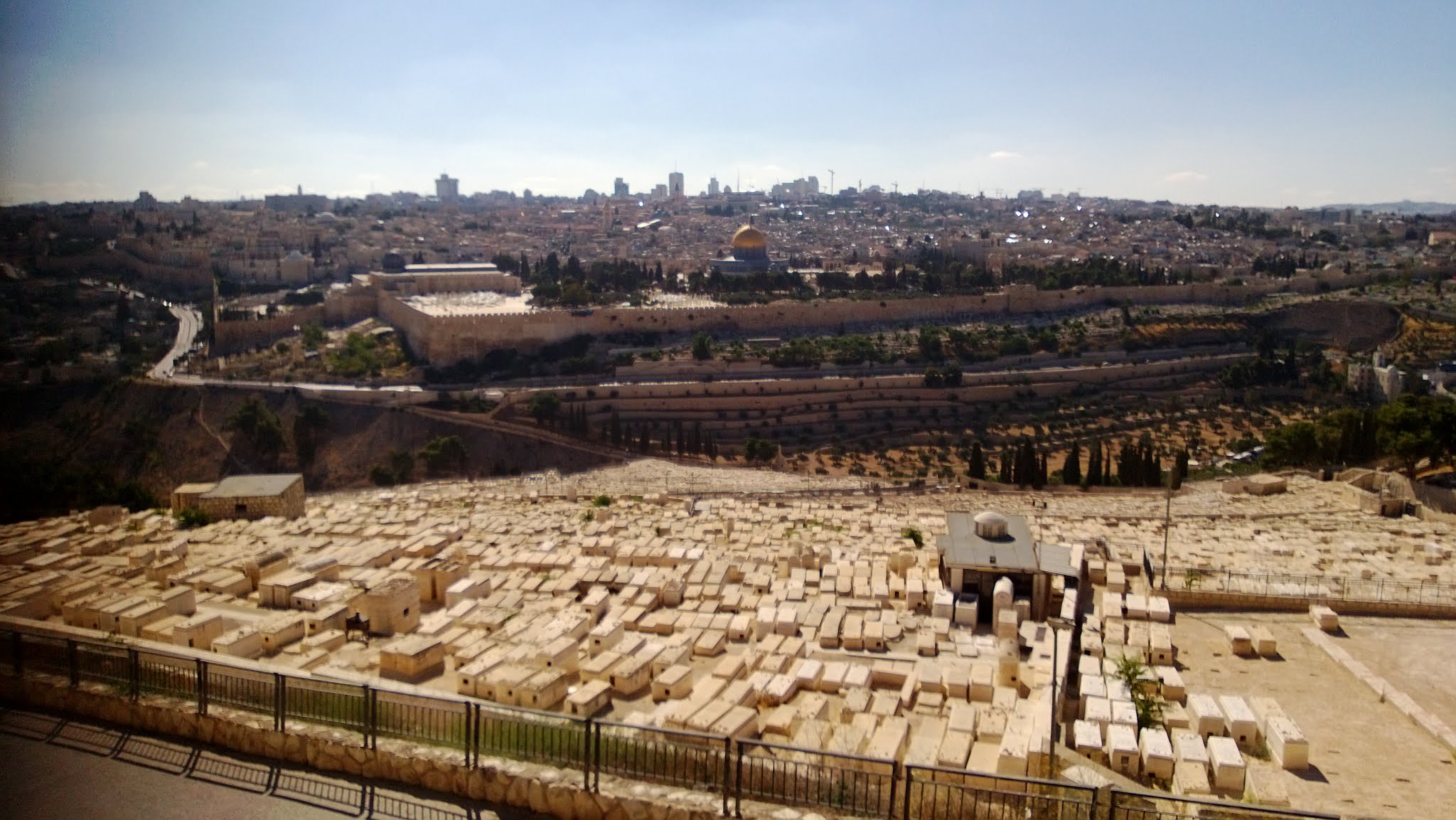 The many stone graves are supposedly on a waiting list to be buried, and if you look hard enough you can see little pebbles on the top of them, which is a Jewish custom akin to putting flowers on a grave. Interestingly, nobody really knows where exactly this tradition developed or what exactly it means.