Continuing the series, this is a very interesting snap for two reasons and three directions!  The first reason, direction to the left, denotes where the German speaking half of Switzerland begins. The first reason, but direction to the right, denotes where the French speaking half of Switzerland begins.  And the second reason, direction down under, is a hidden canal you cannot see! 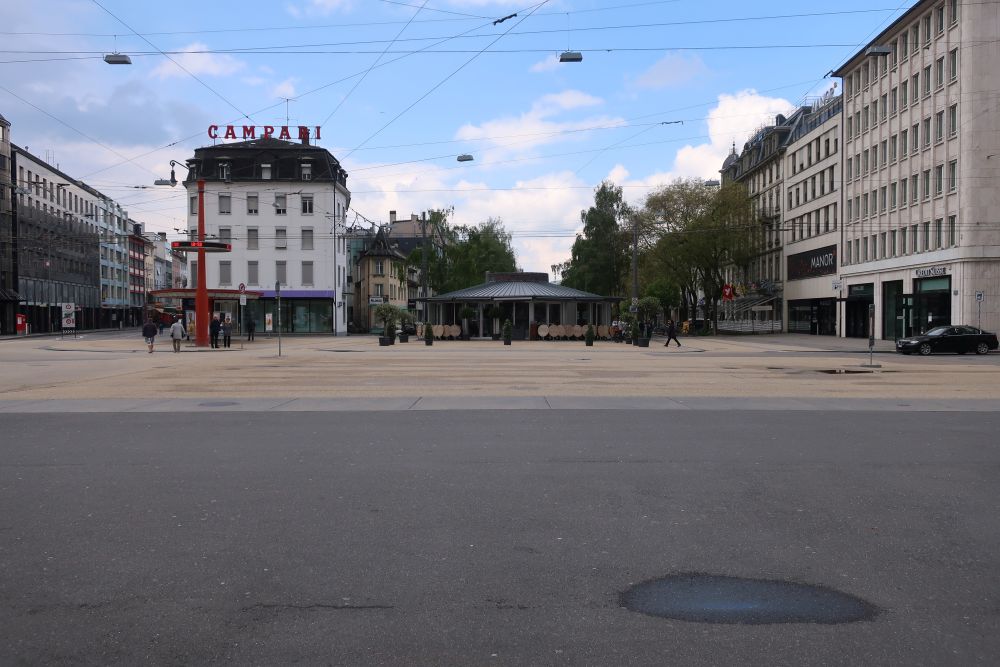 But to prove there is really a canal here, as is my usual custom, I simply turn 180 degrees and take the following snap: 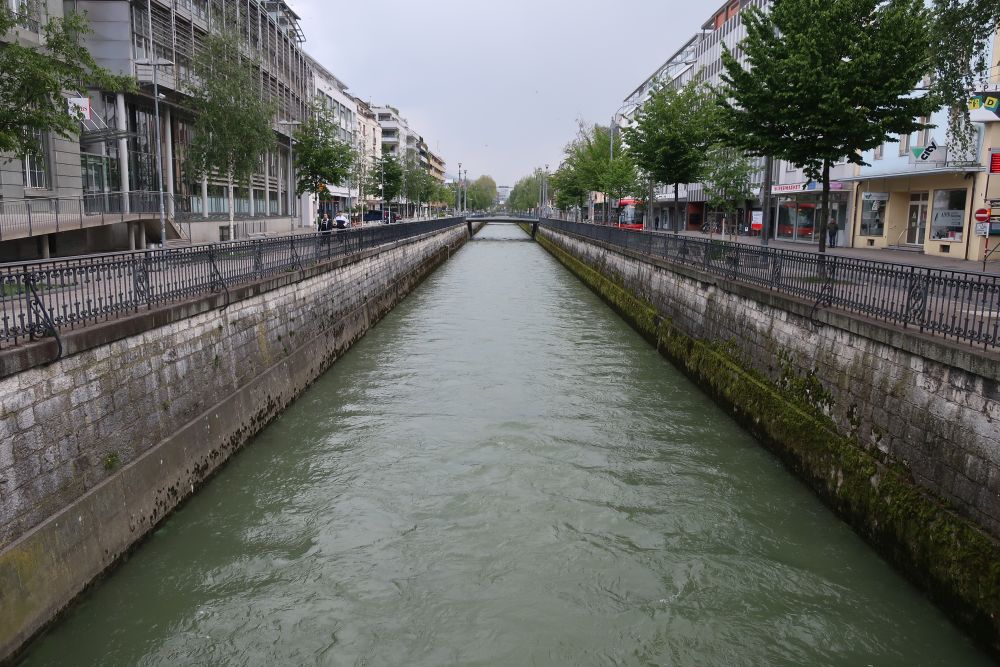 The boundary between the German speaking and French speaking sections of Switzerland is often known as the Röstigraben. Rösti (the Swiss version of American hash browns) is a famous dish in the German section of Switzerland, and Graben is a very old German word meaning moat.