The tiny village of Charbonnières-les-Sapins is nestled so deep within the Doubs department of the Bourgogne-Franche-Comté region of France that it is likely no tourists have ever been here – or ever will.

But if you do make it here, which itself would be an amazing feat, you still have a long, long way to go. For deep, deep within the forests adjacent to Charbonnières-les-Sapins lies a truly incredible park, La Parc Prehistorique, filled with dinosaurs! 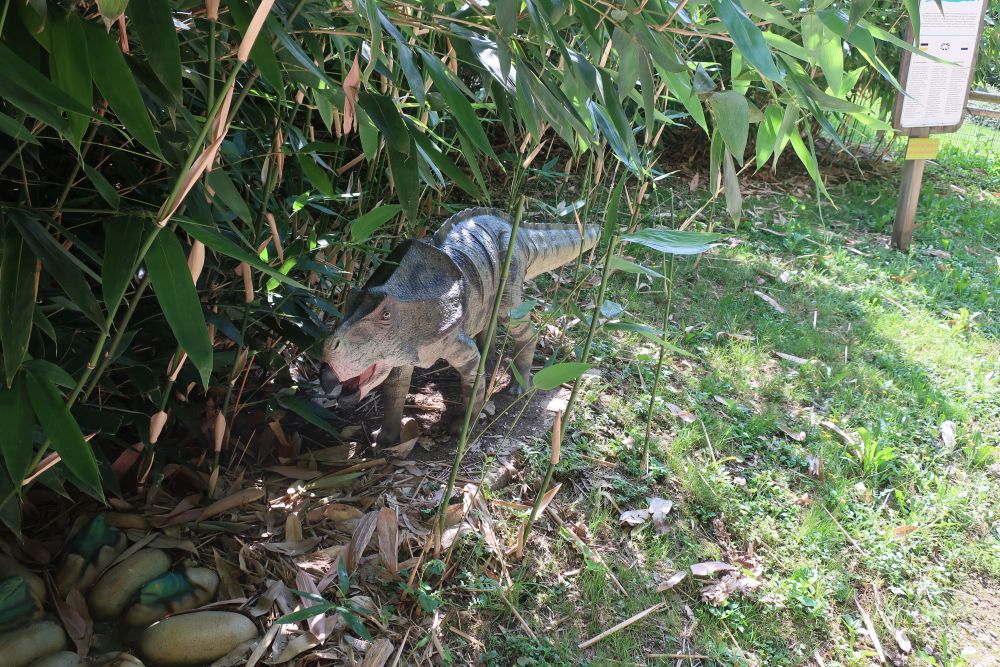 But let’s please get one thing straight: these are not real dinosaurs!  The real dinosaurs died out a long, long time ago. These are just models of dinosaurs.

OK, now that you know these are not real dinosaurs, you can really enjoy the park, because they’ve gone to incredible lengths to show what it would be like if there really were real dinosaurs in the forest.

Some of the models are quite good, such as this one: 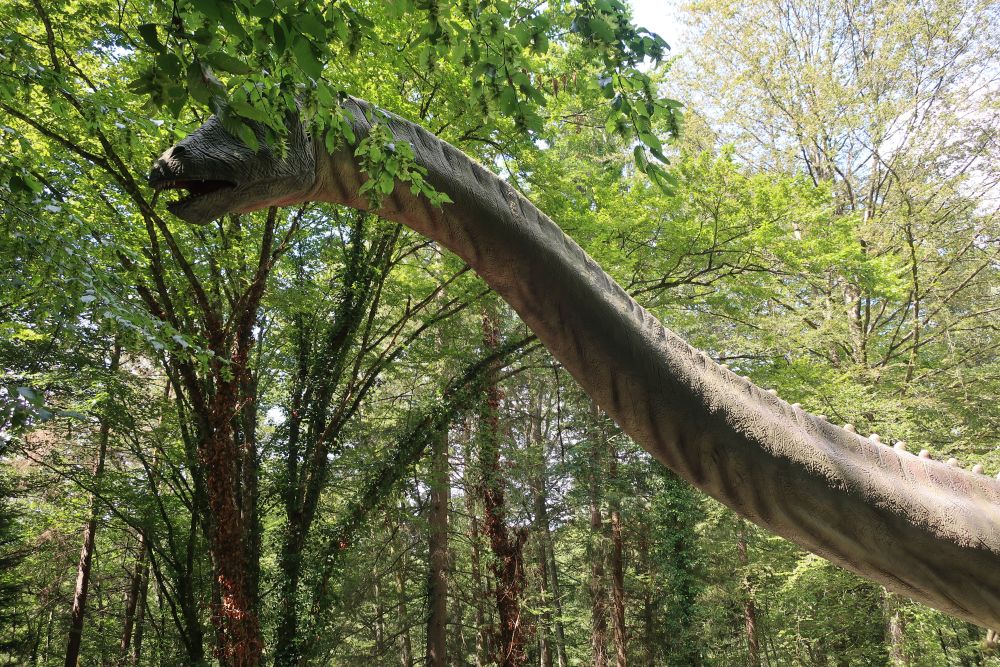 Most of the models really make dinosaurs seem real, by portraying them as they might have been in life – this enormous giant below is scratching his back: 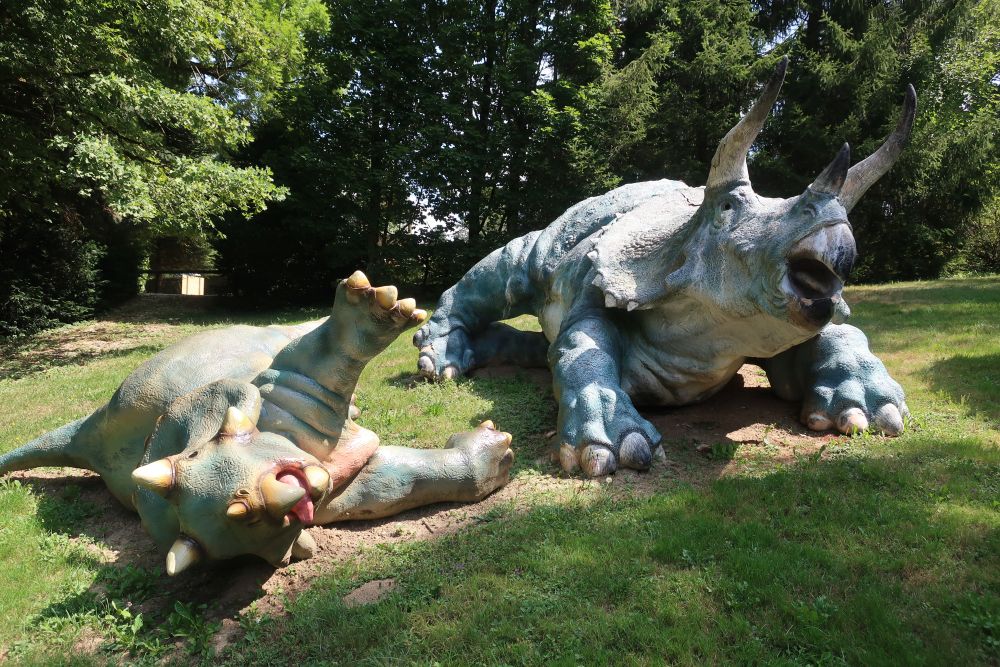 But some of them are a bit more cheesy: 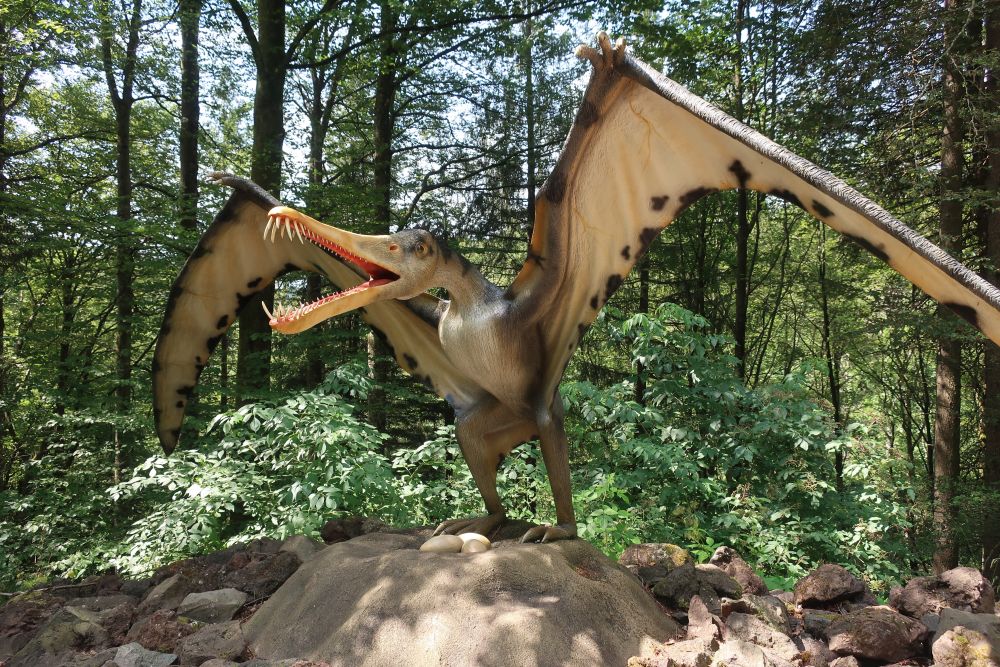 There may be a big question that pops into your mind: why a dinosaur park here? As I’ve highlighted several times in my blog, the mountains of this region are the Jura mountains, the namesake of the Jurassic period. Even today there are zillions of fossils just laying around and waiting to be discovered by paleontologists brave enough to venture this deeply into France.