Switzerland, Southern Germany as well as the eastern Alsacian region of France are home to a more evolved form of the German language, called Alemanic. And this region is also filled with tiny medieval villages, some of them still having impressive city walls like Riquewihr in France: 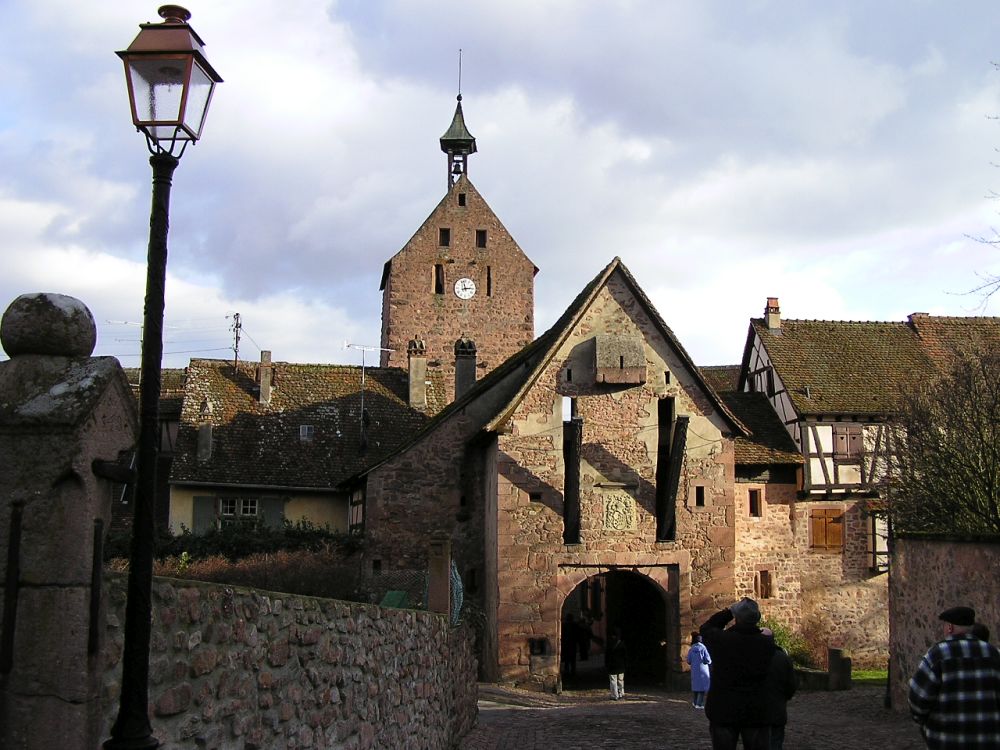 Inside of the village you’ll often find public fountains, which until quite recently supplied the residents with drinking water: 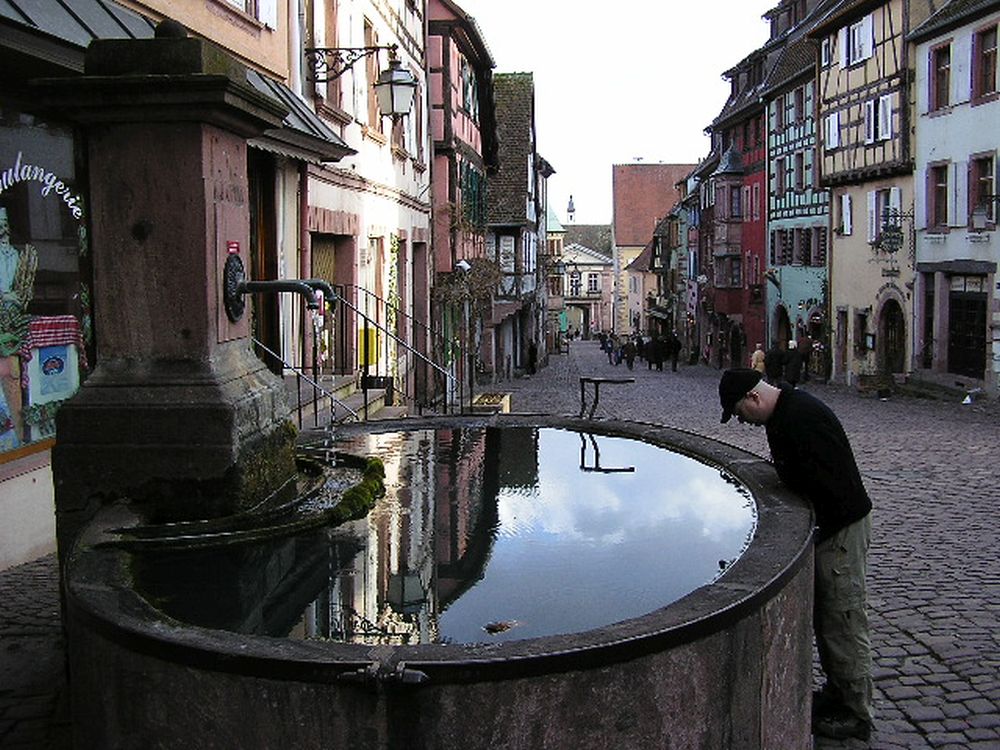 But the most interesting bit are the yearly celebrations such as Faschtnacht, planned for months in advance by the locals and usually involving street festivals and parades: 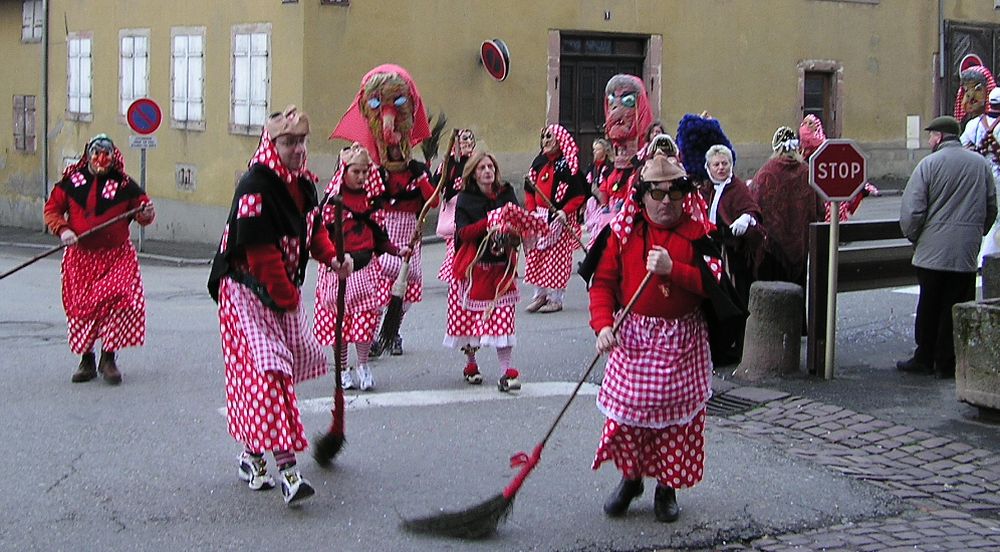 Unbelievably, in many of these towns the specific characters in the parade and even the costumes themselves are hundreds of years old, each accompanied by elaborate stories and detailed historical myths.