I guess the key point is you can’t really prepare a good bowl of clam chowder without chewy clams.  So, whenever I get back to the States, it is always a treat if I can bring back a can with me – or, in this case, my parents sent me a can in a package mailed to Switzerland.

Many people use a flour-based rue to add thickness to clam chowder, but I prefer to use the natural starch in potatos.

So, I started with some very firm mashed potatoes, 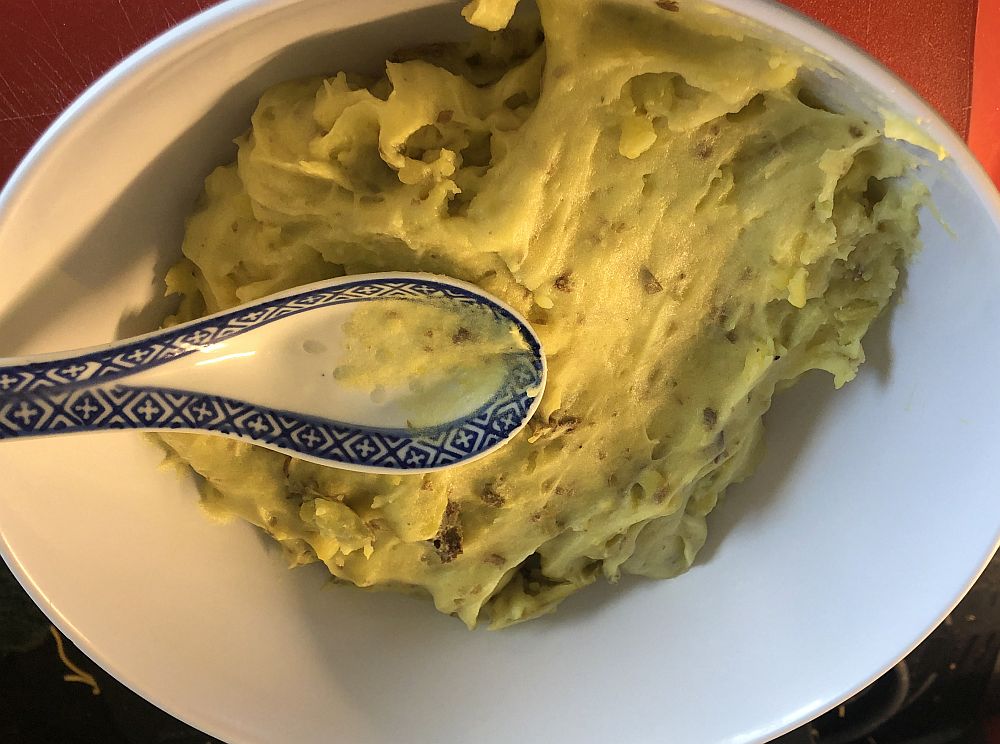 To be honest, if you want canned soup, there is probably no better spot on Earth than in the US to get it – even the smallest supermarket will have literally dozens of varieties – but . . . it is not very good.

If you want truly gourmet-level canned soup, then Germany is where you want to be.

I added this to thicken up some gourmet shrimp soup that I bought in Germany, 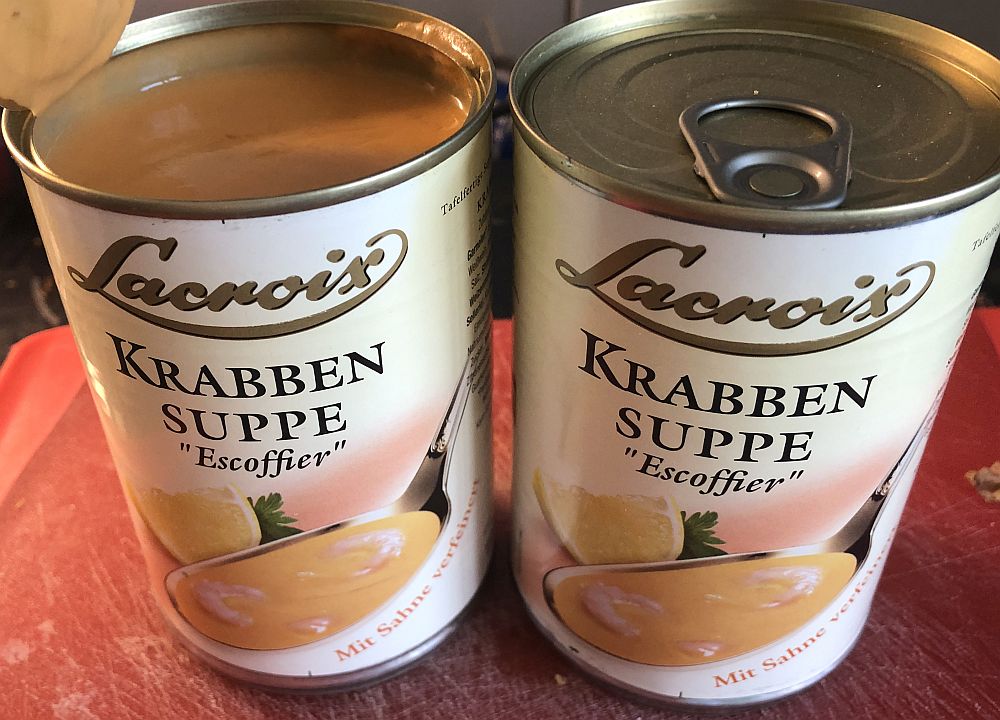 I then added both a tin of chewy clams from the US, plus two tins of crab meat from France. At least, at once point in its lifecycle it was crab meat – what comes out of the tin is more like a crab paste because it’s broken into so many tiny pieces: 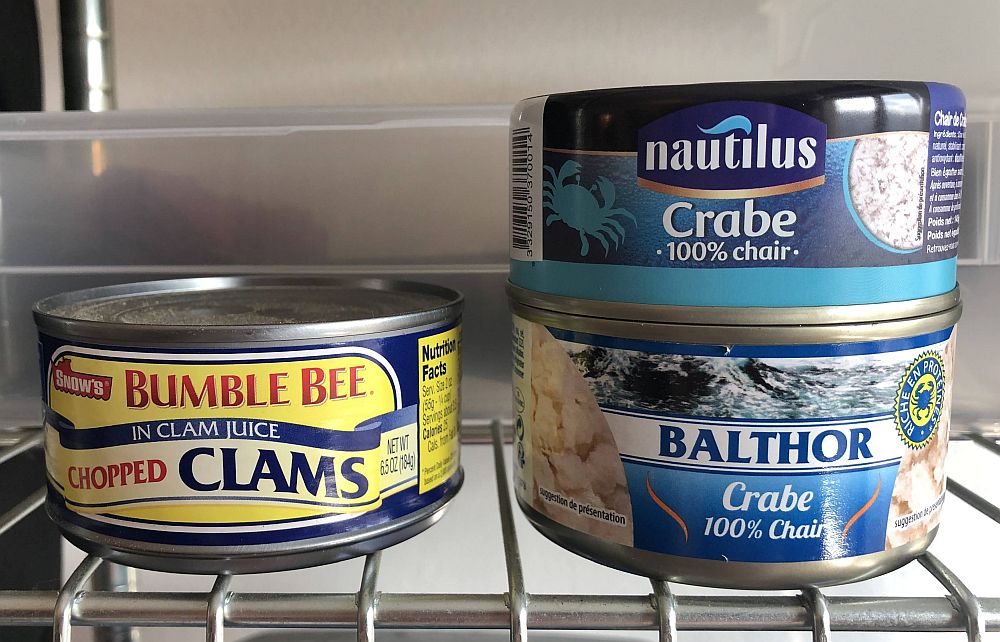 I wanted a bit more liquid than I had, so I added some instant white asparagus soup, 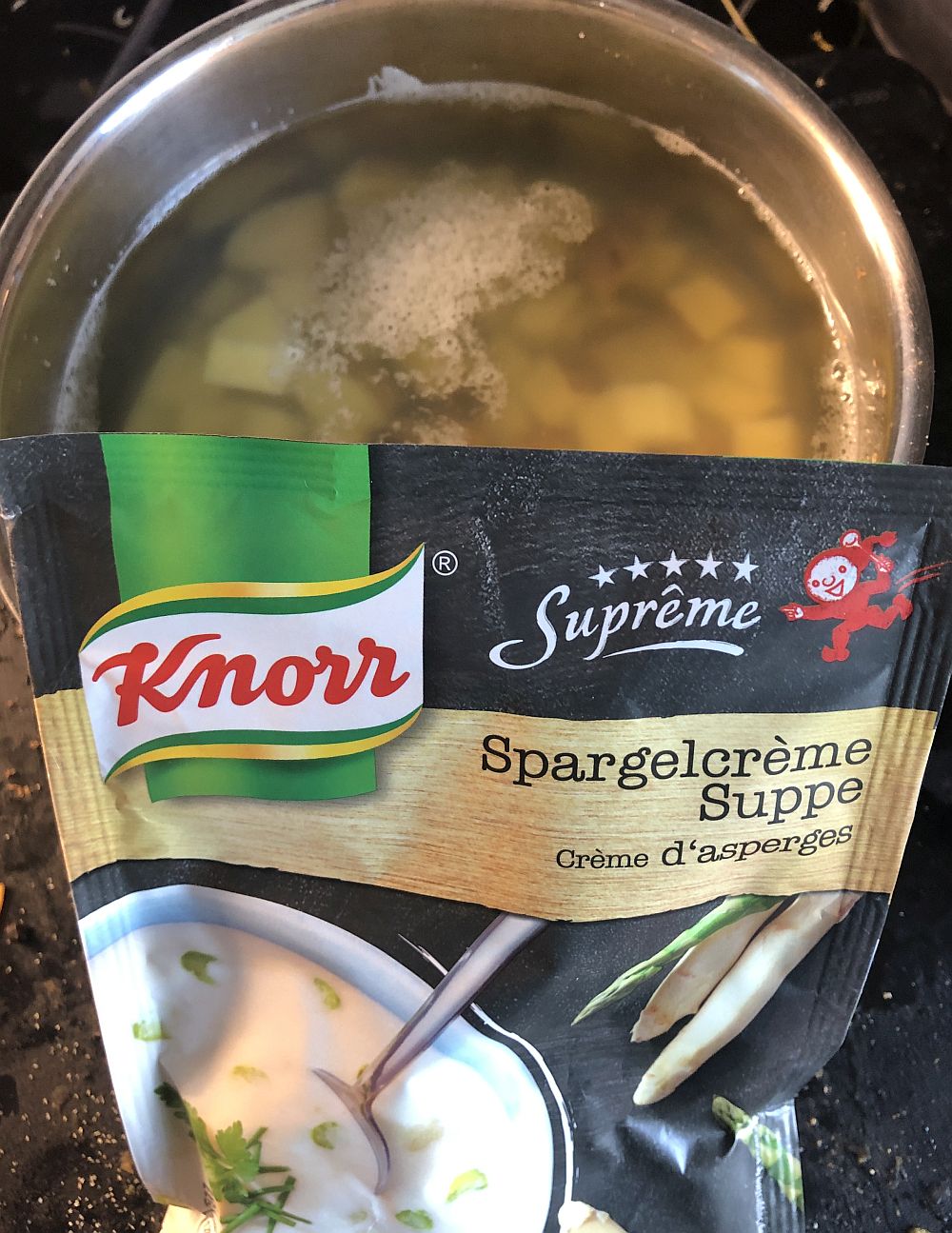 Finally, I added about two pounds of frozen shrimp (not shown) and four large pieces of fresh salmon, two of which are shown here: 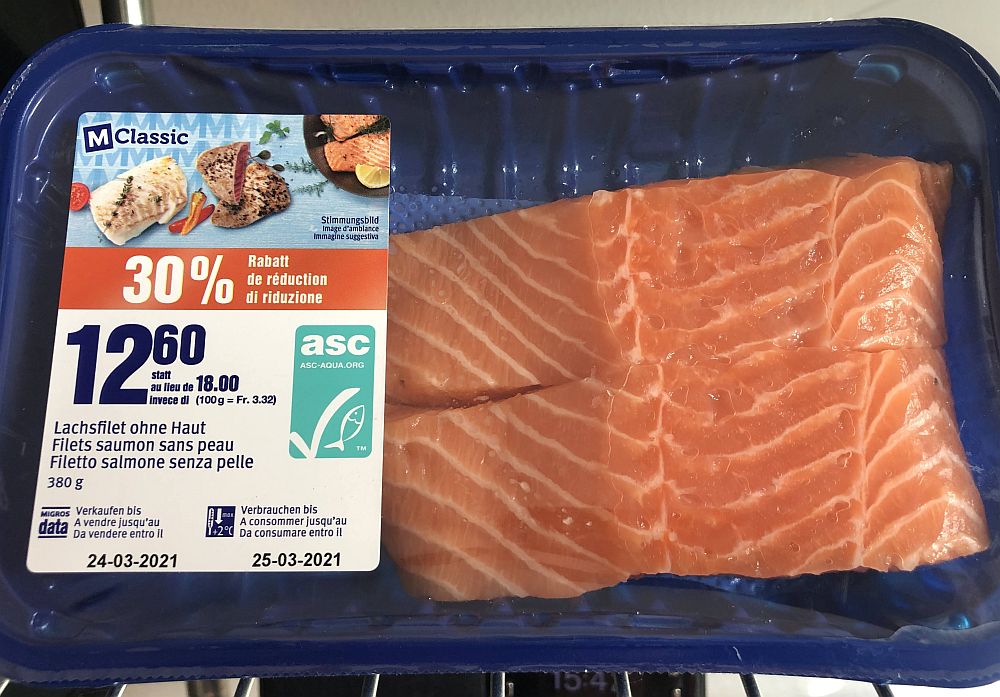 I cooked this at 60 C for about 20 minutes, the idea being to very gently cook the salmon, so that it stays moist and soft, not firm and chewy.

Herbwise, I added Thymian and a bit of black pepper, plus a very generous dose of Worcestershire sauce.

And this was the result, a truly delicious bowl of something very akin to New England Clam Chowder, 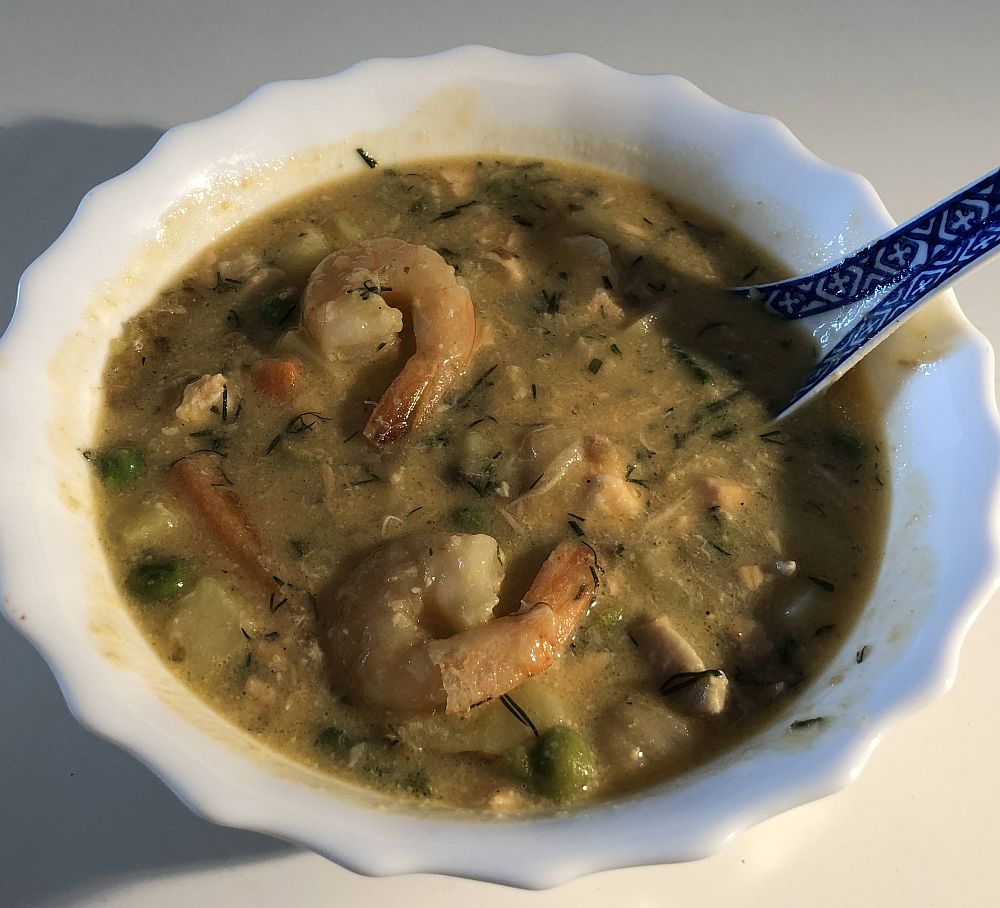 As usual when I cook, I made enough for around 7-8 meals.