No, I’m not planning to join the Legion Etrangier, also known as the French Foreign Legion.

But I did visit their recruiting truck, which I thought made an amazing site parked just across from the Roman Coloseum in the French city of Nimes, 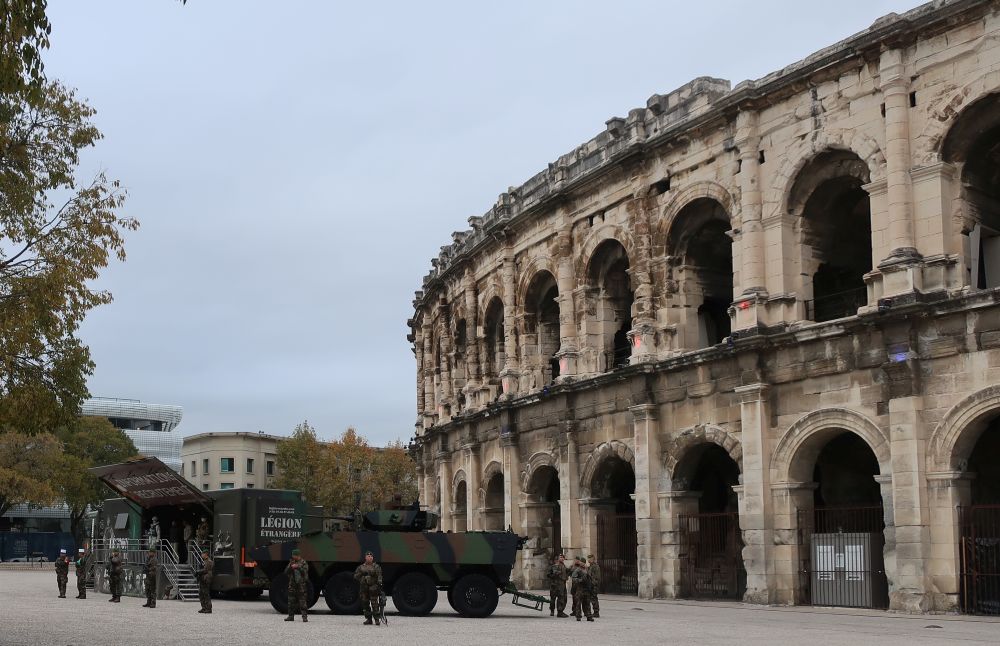 Inside the truck, with the music of Bolero playing in the background, I spend a wonderful time practicing my French with two older legionnaire officers who you could tell from their body language that they had seen a lifetime of combat.

Outside, I also chatted in French with some of the younger soldiers, who all told me they were mostly from other countries, not from France itself, although there were some French among them. Sadly, my French is not yet that good to understand when they tried to explain why there were French in the Legion, not just foreigners.

Interestingly, when I returned later in the day, the truck was full of young men – so I guess they were successful in their recruiting efforts.