During the late summer, particularly after a bout of thunderstorms as shown here, the Rheinfall is an incredible sight to behold. It lacks the steep drop of Niagara Falls, of course: 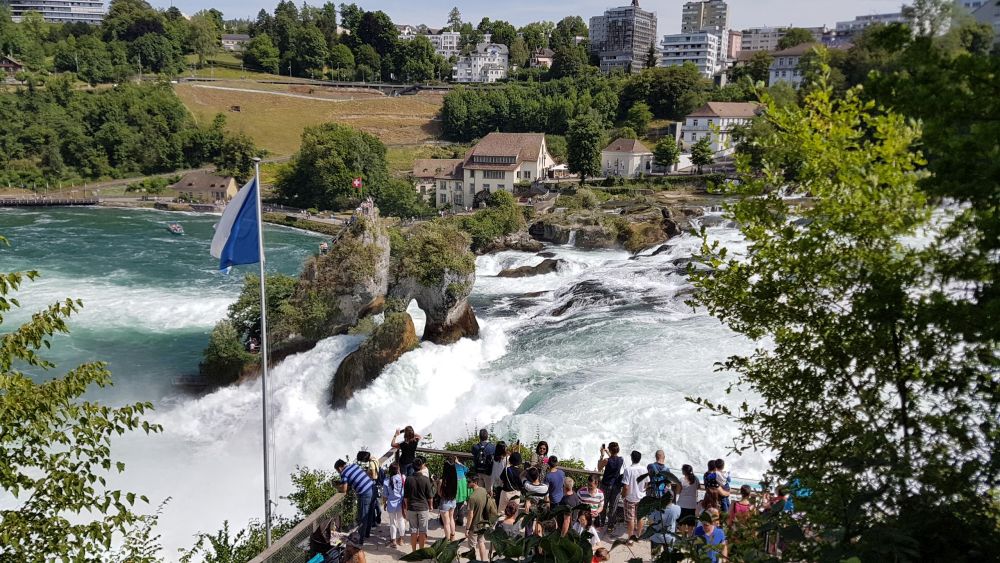 But it more than compensates for this by giving visitors the chance to walk down just mere feet from the thundering, pounding wall of water: 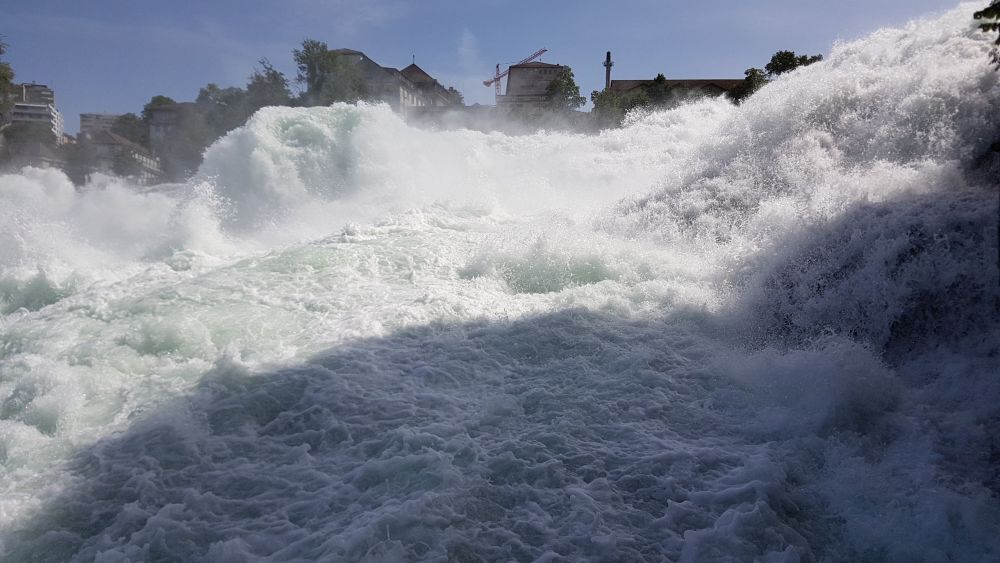 Of course, the locals here don’t speak German but rather a more evolved form of the language, known as Allemanic. So located here in the heart of Allemanic speaking Switzerland, the locals usually call it Rhyfall or even Rhyfau (tending toward the Bernese version of Allemanic).