I grew up in the Cleveland area during the 1970’s.  Some of my fondest memories of that time are of the school field trips I’d take to downtown Cleveland.  They were exciting because it meant travelling to a magical area with dark skies and intense smells. 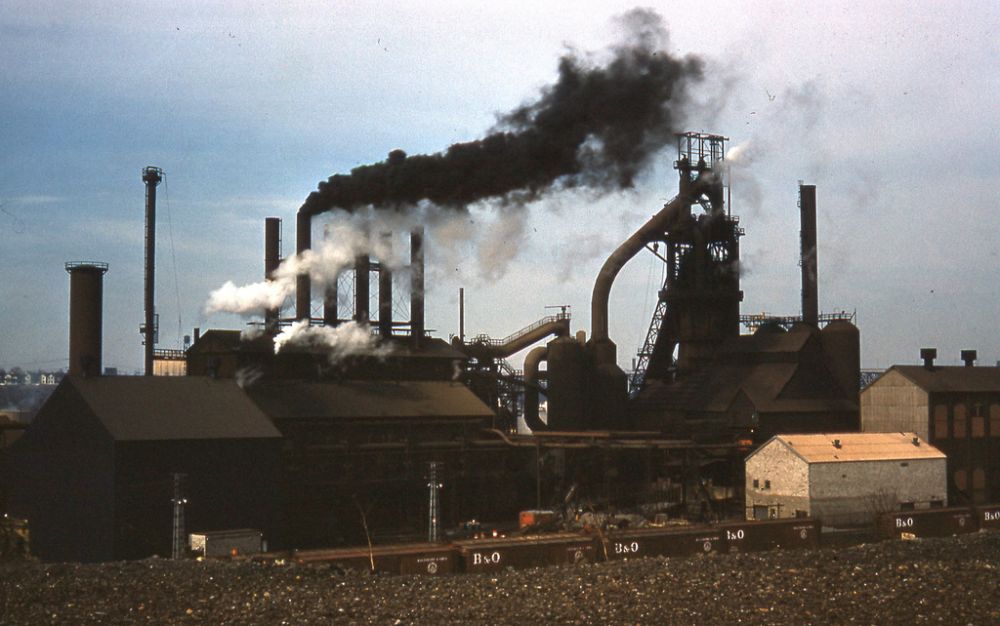 The dark skies, of course, were caused by the tons of pollution spit out by the many steel mills.  And the intense smells were from the steel mills or the chemical factories.  The Cuyahoga River was an intense chalky bright blue-white from all the dissolved chemicals, and Lake Erie was devoid of any fish.

This was years before the U.S. Environmental Protection Agency, and you could watch nice television commercials with an old Indian in a canoe crying when his canoe got stuck in the river trash.

Anyway, the mills were all shut down, and toxic areas are now high tech business parks filled with high tech people working at high tech companies.

Not everyone was so lucky to move on with the times.  A good friend of the family (my Dad calls him Uncle Eddy) was one of the not-so-lucky-ones – and you can read about his dialogs with my Dad here.