Continuing the series, here are more flowers I spotted while walking around the medieval village of Châteauneuf-en-Auxois deep within in the Burgundy country of France. These flowers were high in the village overlooking the Bourgogne countryside.

For me it is a deeply emotional scene, with the flower on the right looking longingly at the French countryside, somehow wishing it could go down there but not being able to. 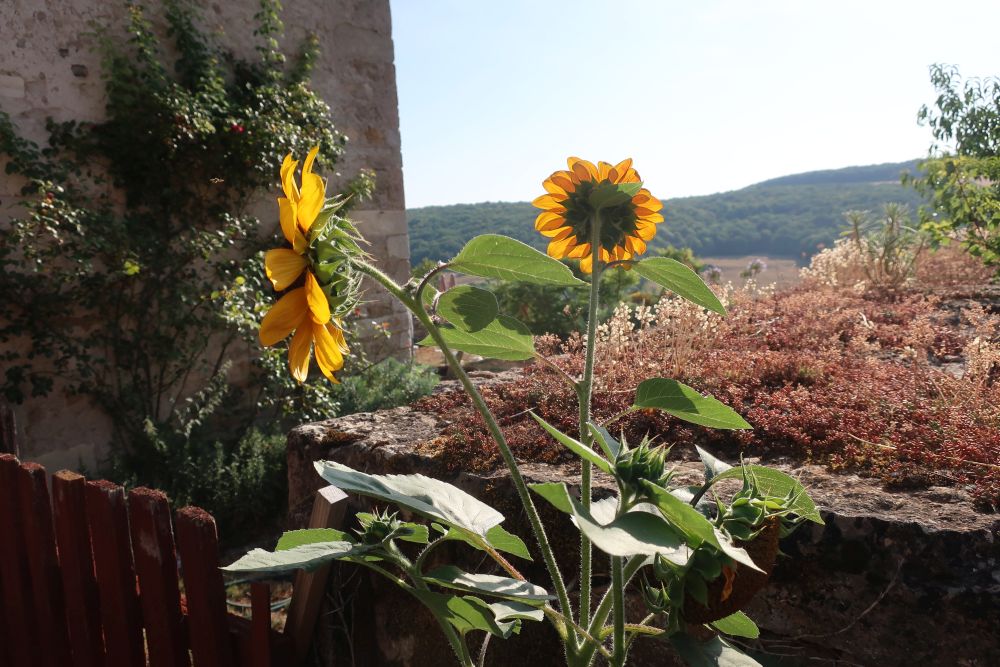 I’m actually not a very big fan of flowers per se – but I am trying to understand the in’s and out’s of the aperture setting on my little point-and-shoot camera, which makes the foreground image very sharp, but the background very blurry. I’ve had the camera for around two years now, and it was always on my to-do list to figure it out!