I took this snap one morning late in December while in the Southern French city of Nice. I took the snap from a lookout high above the city that you need to climb.  It was early in the morning, and there was only one person there – a man with a big fancy camera on a tripod.

As you can imagine, it blew my mind when I saw exactly my snap shown on 03. January on CNN in Switzerland!  According to the caption shown on CNN, this is some type of fog phenomena that is very rare in Nice.  Is it true?  Is it not true? At any rate, it is clear that the man with the big camera on the tripod was either working for CNN or else sold his photograph to them! 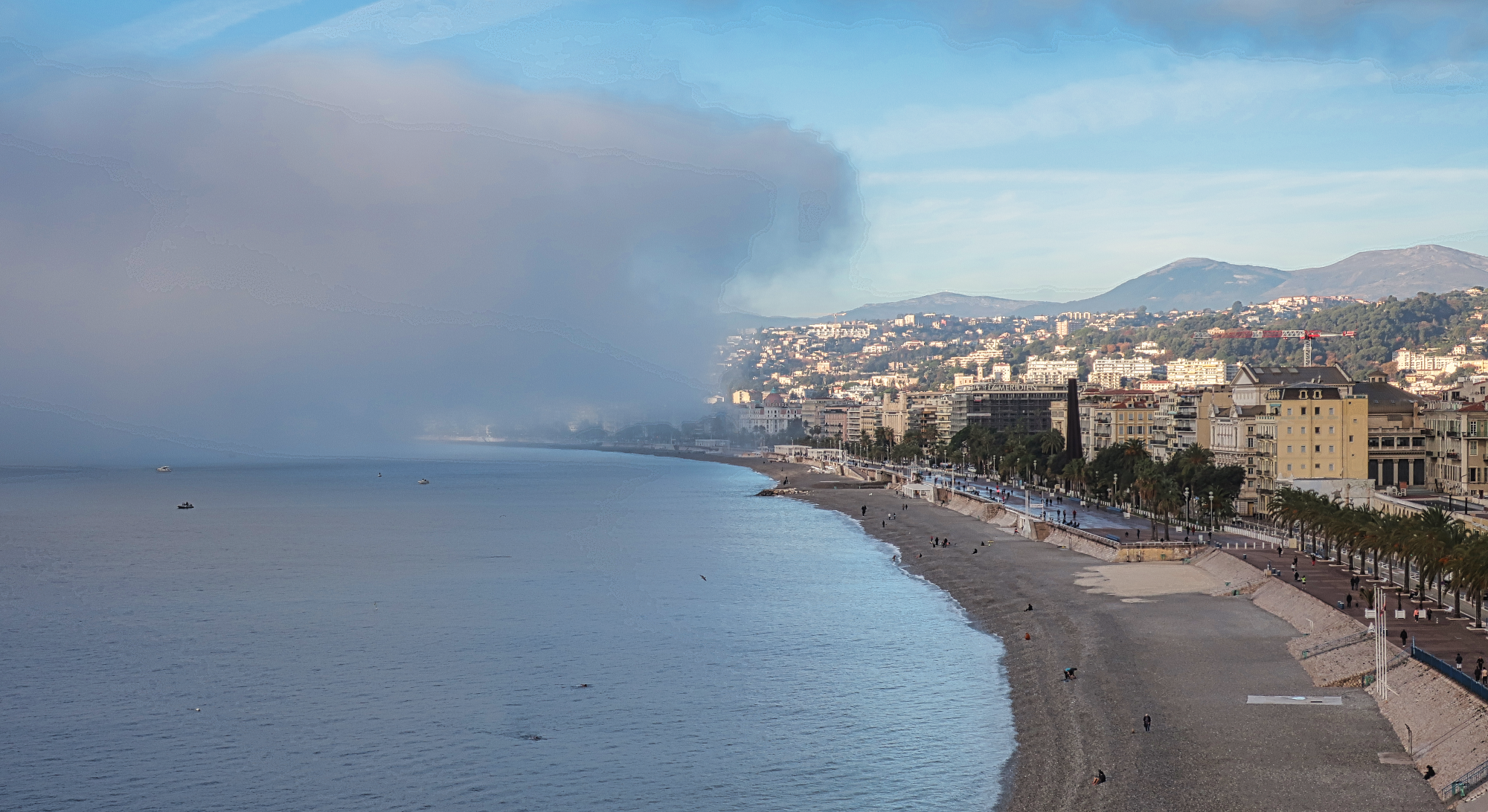