The last time I was at the King’s Cross railway station in London was not that far after the 7/7 terror attack, and I believe this was some time before the Harry Potter movies. In the first Harry Potter movie, we learn that the Hogwart’s Express calls at King’s Cross, but at the very magical platform 9-and-3-quarters,

Since then it’s been on my bucket list to visit King’s Cross and look for what I could find.

Well, I was recently there – and it turns out that the great marketing forces in the universe have taken full advantage!  They have recreated this track, and – at least when I was there – there was a long, long line with children waiting to get their photo taken, as this snap shows: 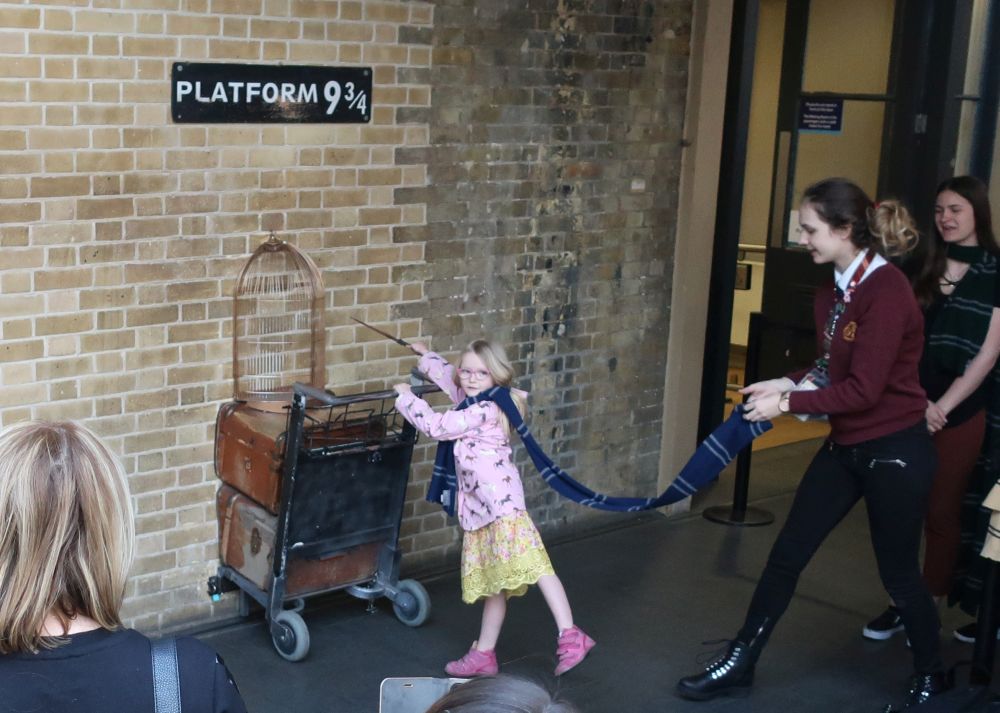 Just next to this “platform” there is a Harry Potter store, and the queue just to enter the store was filled with hundreds of people and in fact it snaked outside of King’s Cross station!