If you’ve spent time reading my blog, you’ll see plenty of entries that show the incredible UNESCO monuments scattered around the world.  Well, at least in the French city of Orange, UNESCO fails to impress.

This is the Roman Theater from the outside: 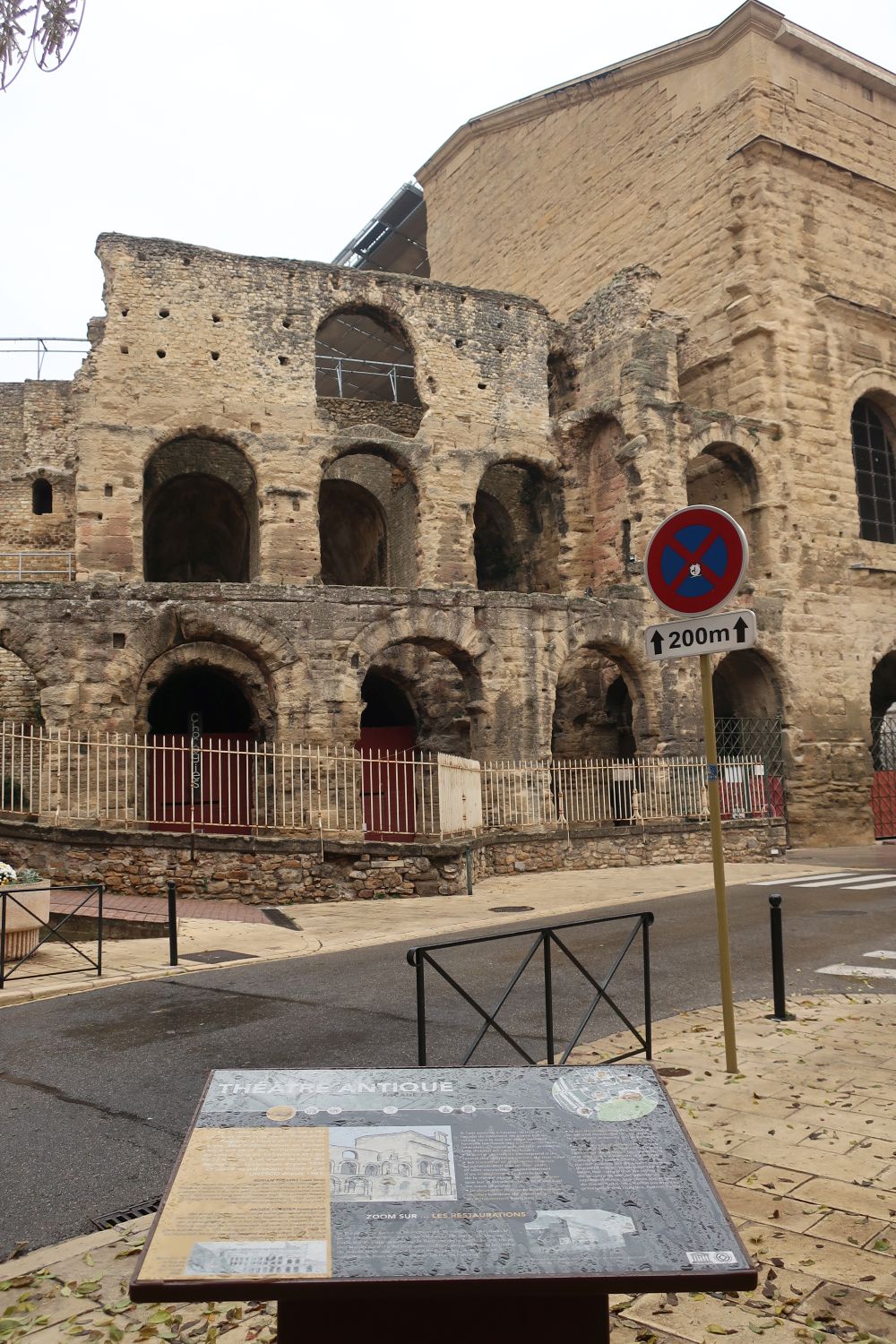 And this is the Roman Theater from the inside, looking towards the stage: 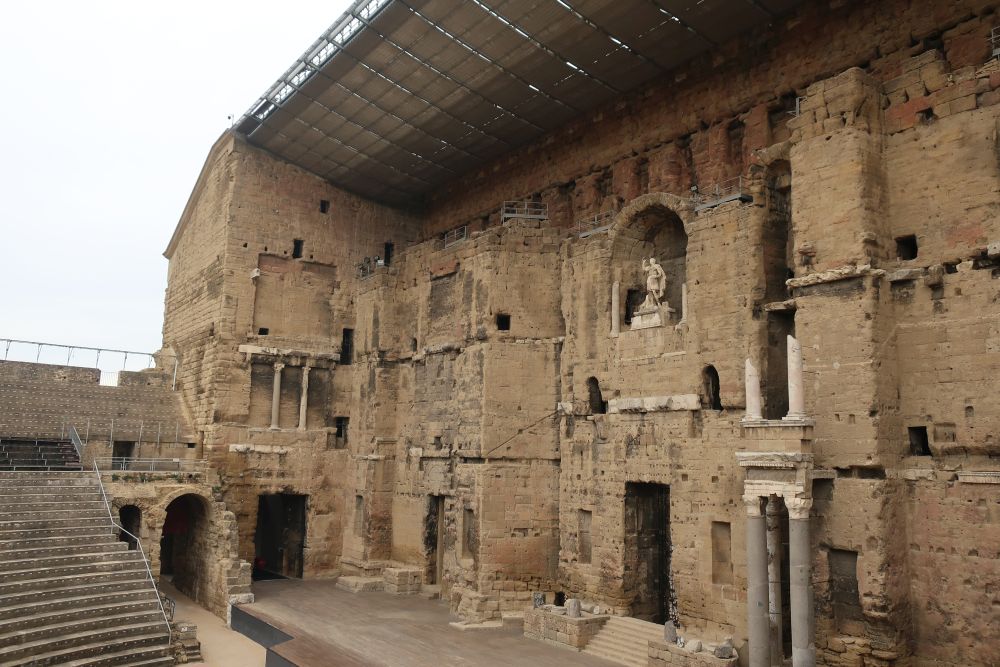 And this is Roman Theater from the inside, looking towards the seats: 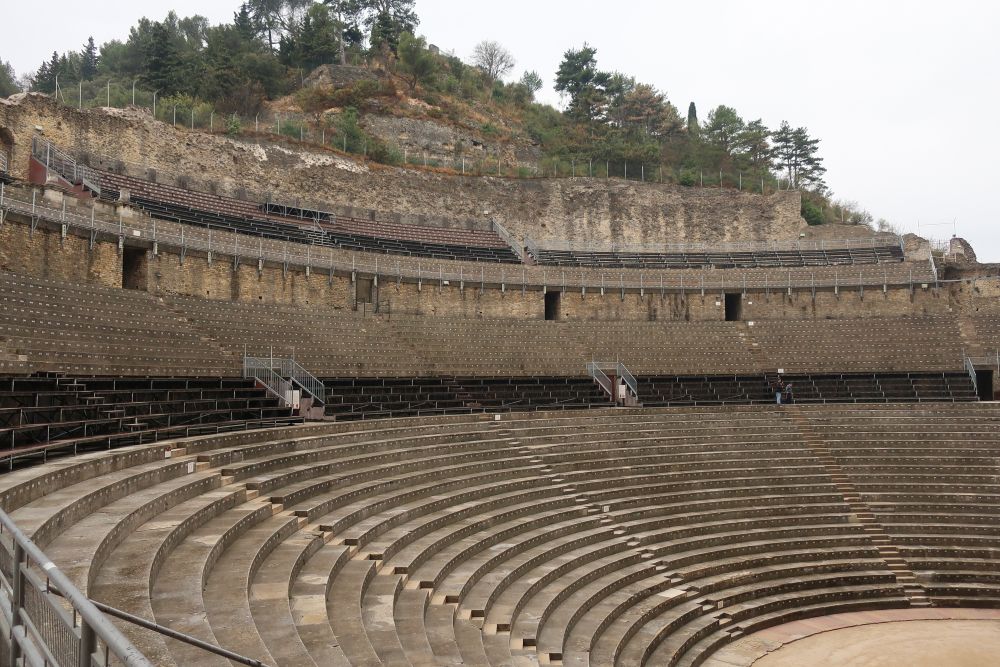 Any Roman ruin this large is impressive, to be sure.  And the fact that it dates back to 40 BC is also pretty spectacular. But . . .  compared with the usual magnitude of UNESCO sites, this one falls a bit short of many of the others.

What I thought was most impressive were not the well-worn stairs, eroded after centuries of use (and probably even more amazing when you think most people were either barefoot or wearing soft leather sandals): 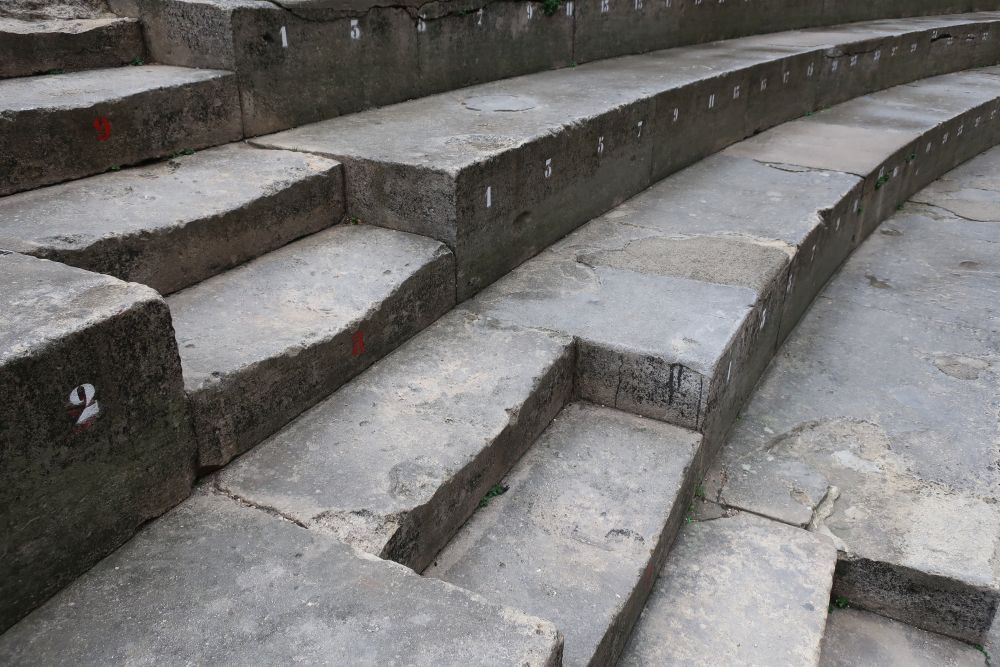 No, what I thought was most amazing were the arabic, rather than Roman, numbers!