Under the wing of an Airbus A380, that is. In any European airport it would probably be unthinkable, but here I am in a car at the international terminal of the LAX airport in Los Angeles, driving directly underneath the wing.  There was plenty of clearance – but still, things of this nature are not allowed at most European airports. 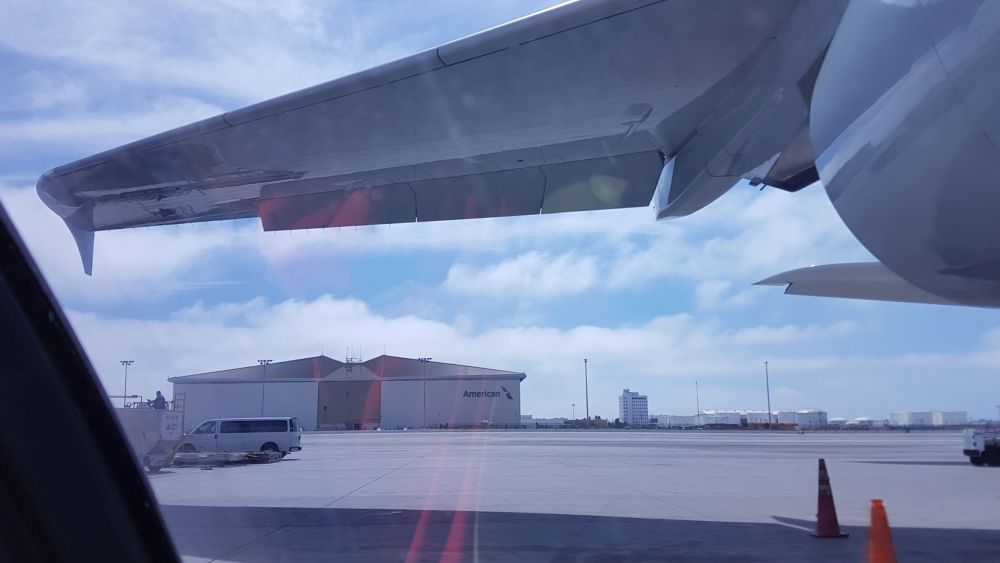 In a previous job I worked for Swissport, at the time the world’s largest ground handling company that earned its money by tending to airplanes after landing and before take-off.

But what does this post have to do with IT?

The airport at Zurich is a good example of a „normal“ private airport: if you are a company doing business there like Swissport, just ask for what you need (networks, WiFi, offices) – and the airport is more than happy to sell you what you need.

But Los Angeles is more of a public works type of airport. There are regions at the airport that are totally empty of any IT services or even wireless connections. How do you bring in innovate IT solutions when you can‘t connect to an Internet? Our talented IT crew like Rui and Juan always found clever approaches, but they weren‘t always the best approaches. For example, the network connection to our refueling facilities at LAX was accomplished via a satellite connection, but with a bandwidth measured in the high KB/sec.

Long story short: it‘s really a myth to think good IT services can be rolled out to the whole world. Many companies struggle with overcoming challenges that are no fault of their own!