Continuing the series, this is a snap as the mind blowing New York robo-train pulls into the Howard Beach JFK robo-train station: 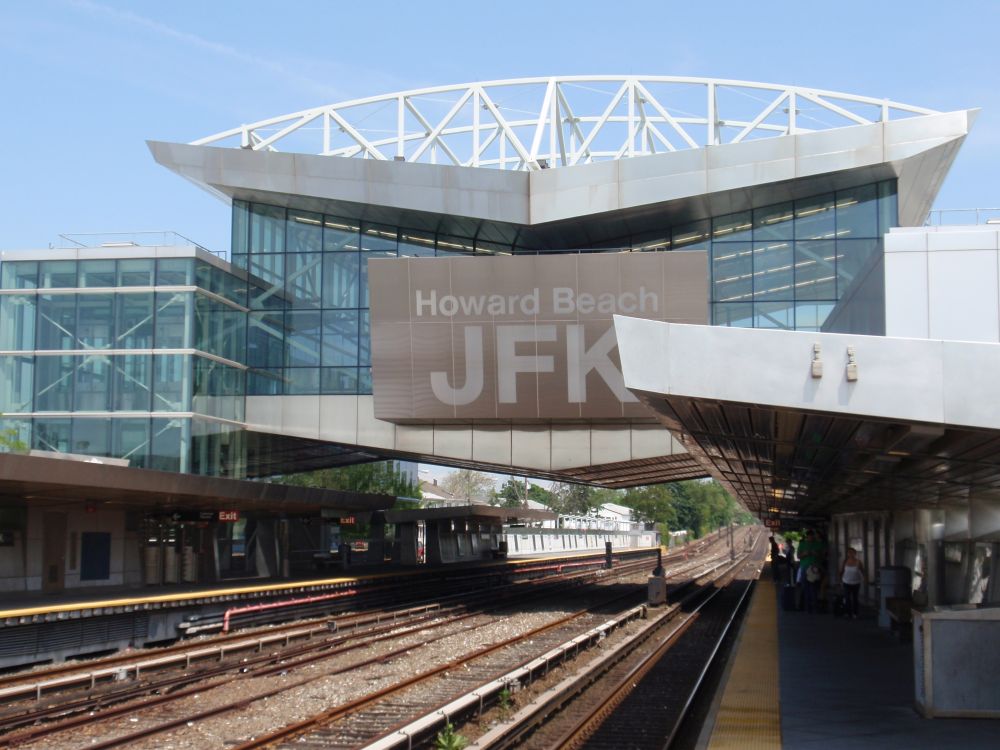 When I lived in New York, the John F. Kennedy airport was not attached to any train systems, so it was necessary to take a taxicab to access the hotel. Now, a fully automated robo-train will take you to a nearby Long Island Railroad station, from which you can catch many trains and other forms of public transportation.

Here is another snap which I took up front, which is where the train operator would sit, if it were not being operated by a robot. 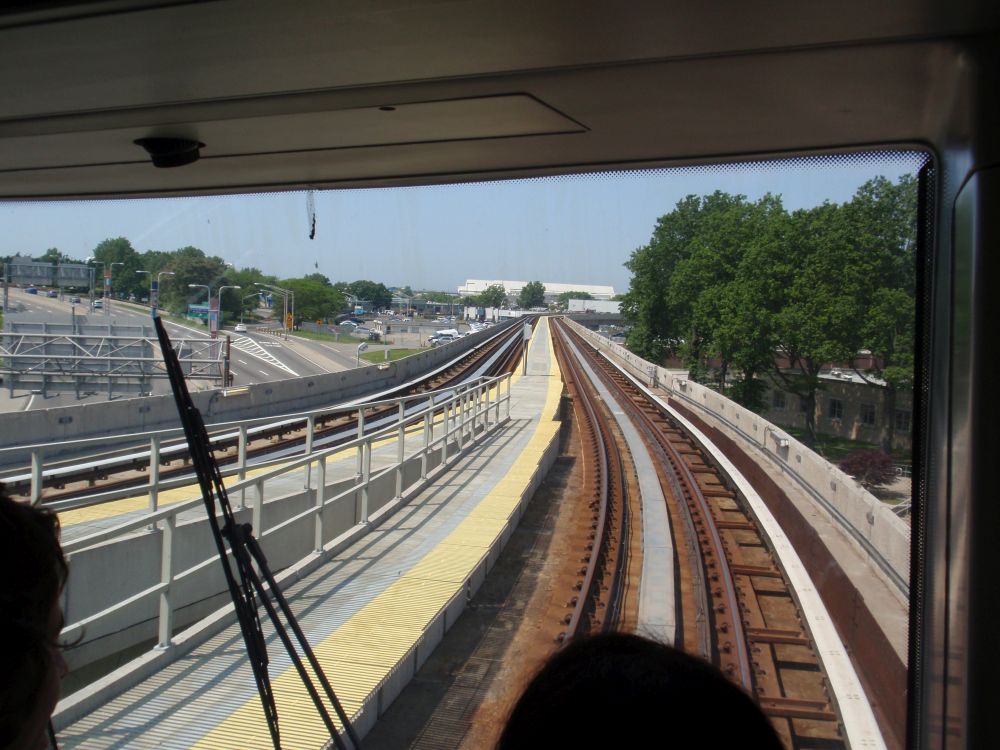 I am not sure what the robot looks like, where he sits, or even what his name is.