Continuing the series, Le Landeron is a medieval village in central western Swiss canton of Neuchatel that is one of a very tiny minority of Swiss villages in which most of the houses have been equipped with medieval dormer cranes, used for lifting things to the highest level: 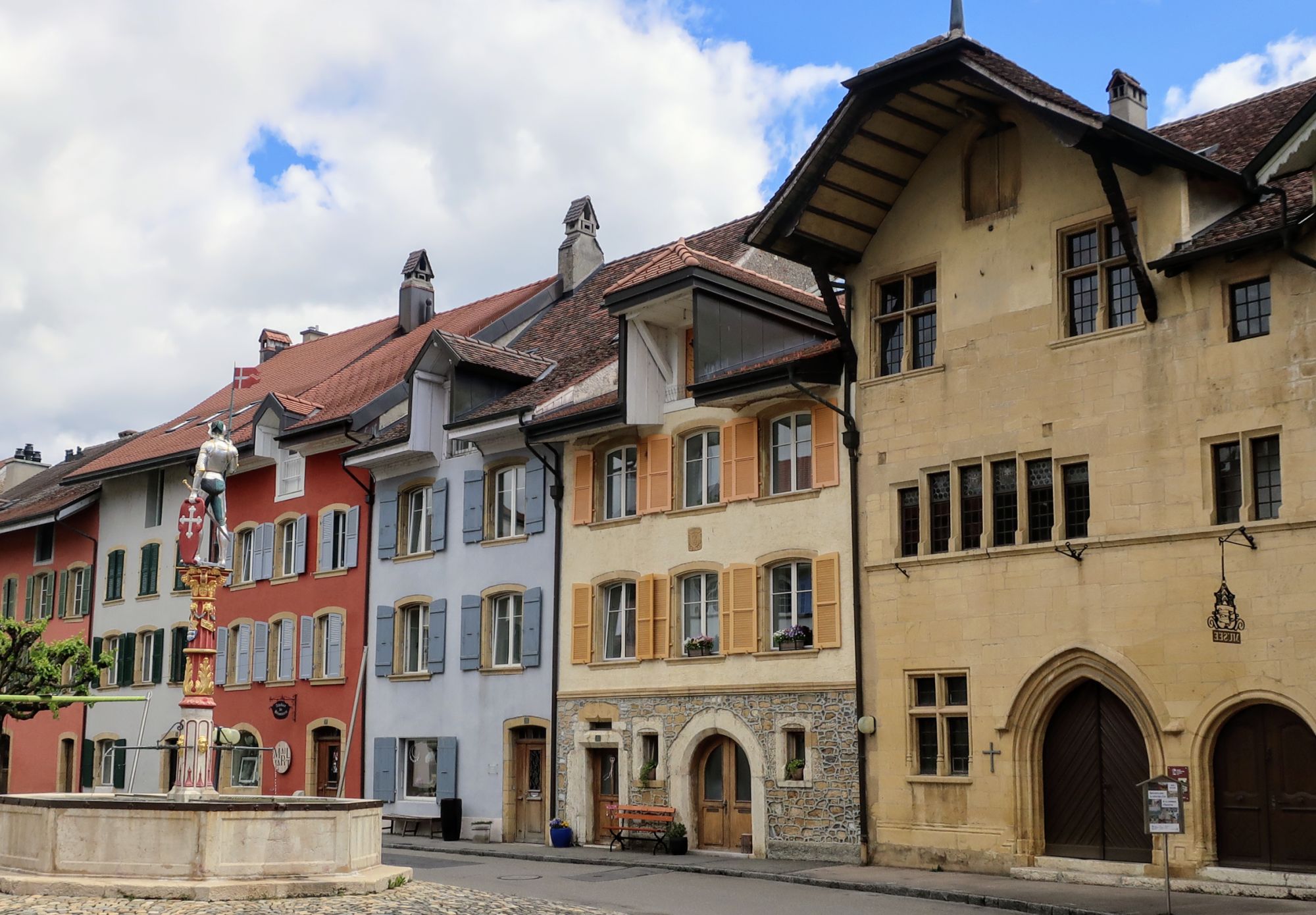 For a long time I wondered about this, until I spoke with a historian in the German village of Villingen-Schweningen. He told me that people are lazy, if they can they prefer to keep their grain in their basement, and only in cases where the water table was very high were the higher floors of buildings used for grain storage. Et viola, dormer cranes. 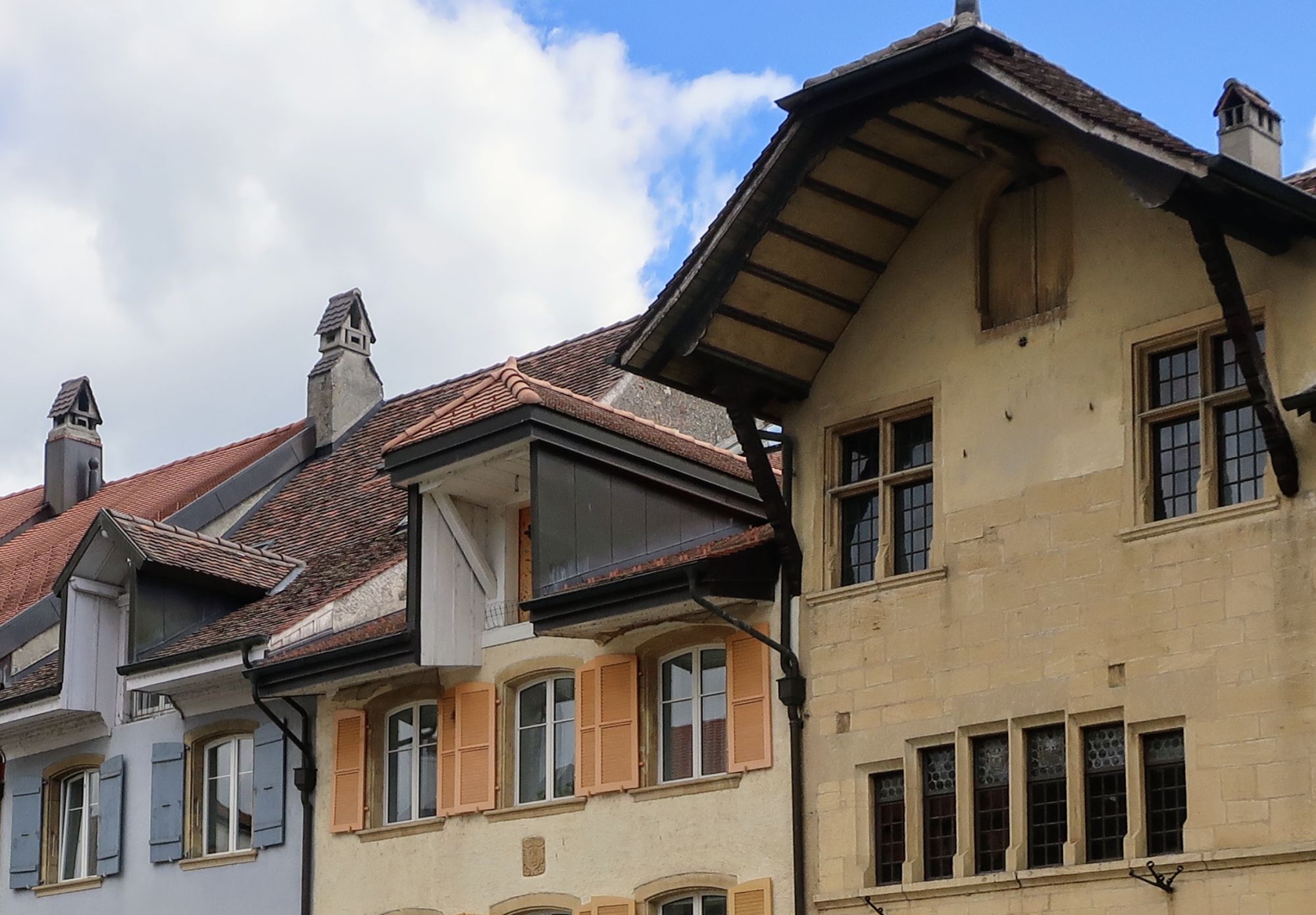