Vauban left an amazing, amazing legacy all over France which you can visit today.

First things first.  This is Vauban: 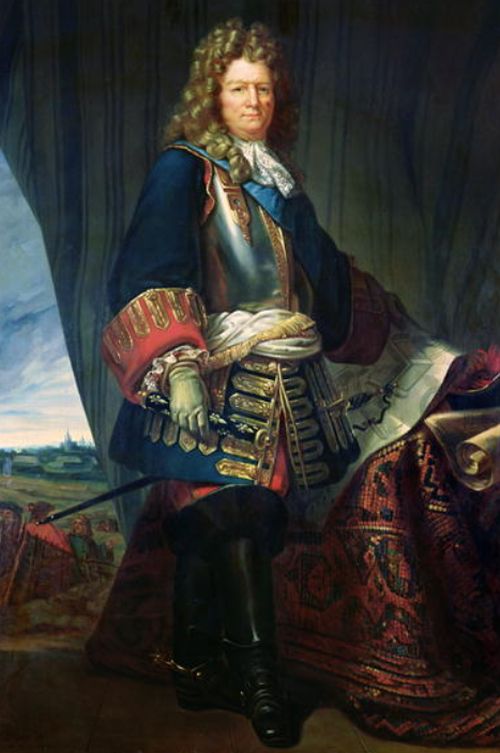 Or, Sébastien Le Prestre de Vauben,who was a military man in the late 17th and early 18th centuries in France, and he directed what at the time would be the equivalent of today’s U.S. Army Corps of Engineers.  He travelled around the border of France, constructing fortifications that were truly mind-blowing.

Case in point: there is the small village named Brisach Neuf in Alsace, on the border between France and Germany, and he transformed it into an amazing fortified jewel, which unfortunately you can only truly appreciate from the air: 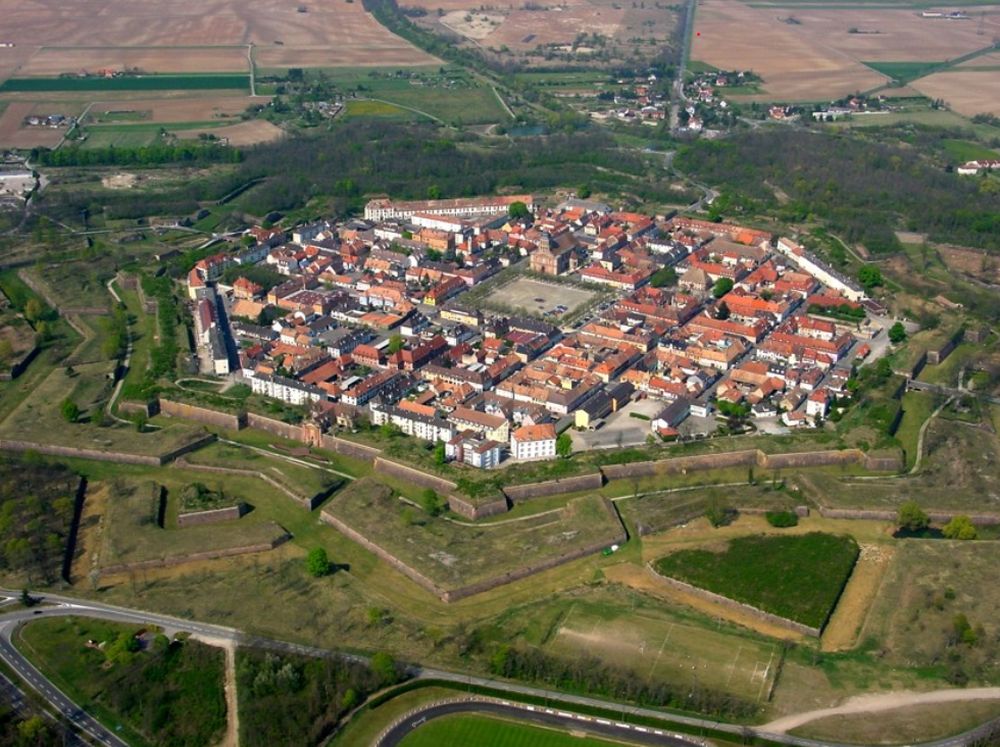 And indeed, you’ll appreciate this even more when you see the original map of the village and fortifications that he created: 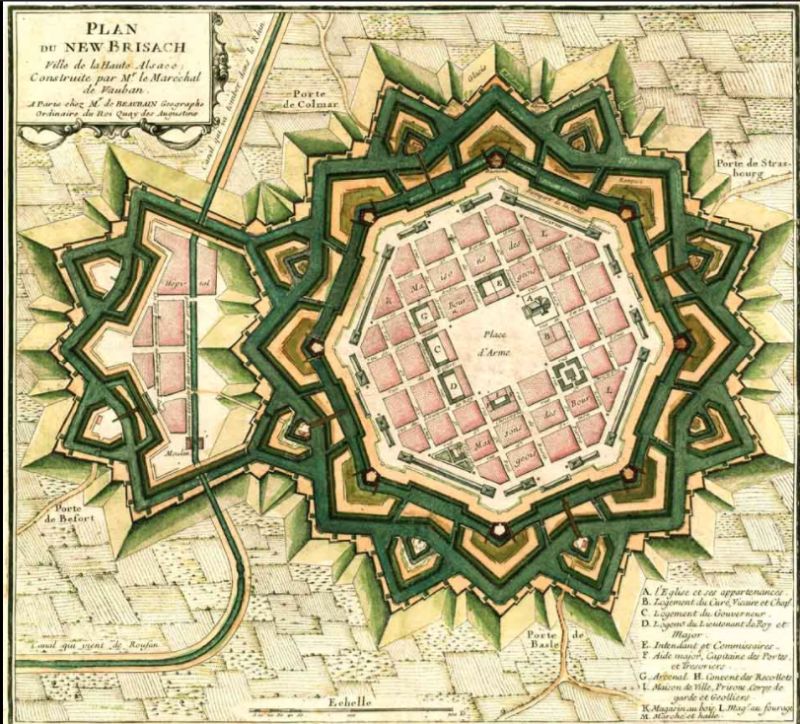 In this arial photograph, if you look at the village center just north of the town square, this church he also created is visible: 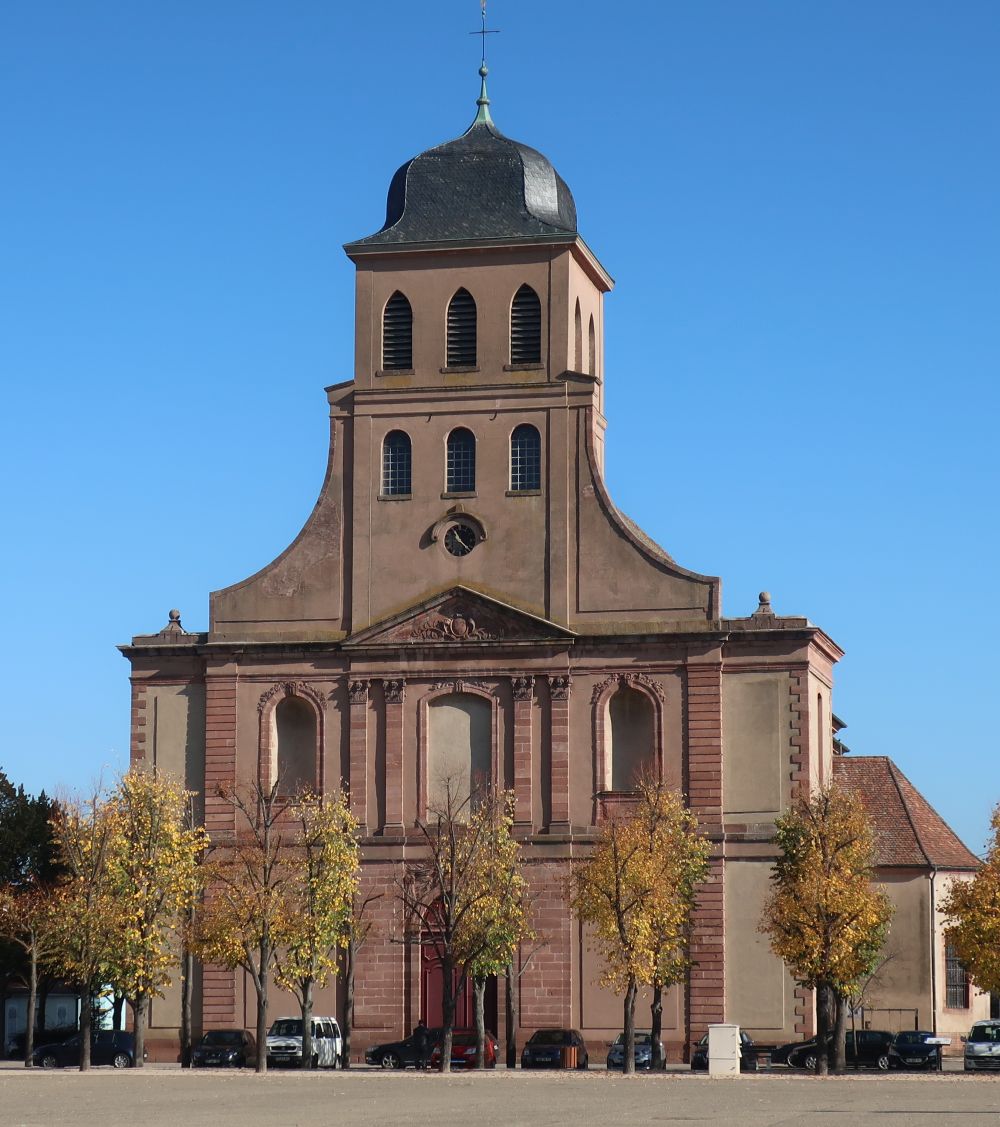 But the amazing part is the not paved area of the village, but the extremely complicated jewel structure of moats and barriers and fortifications that surround the village, 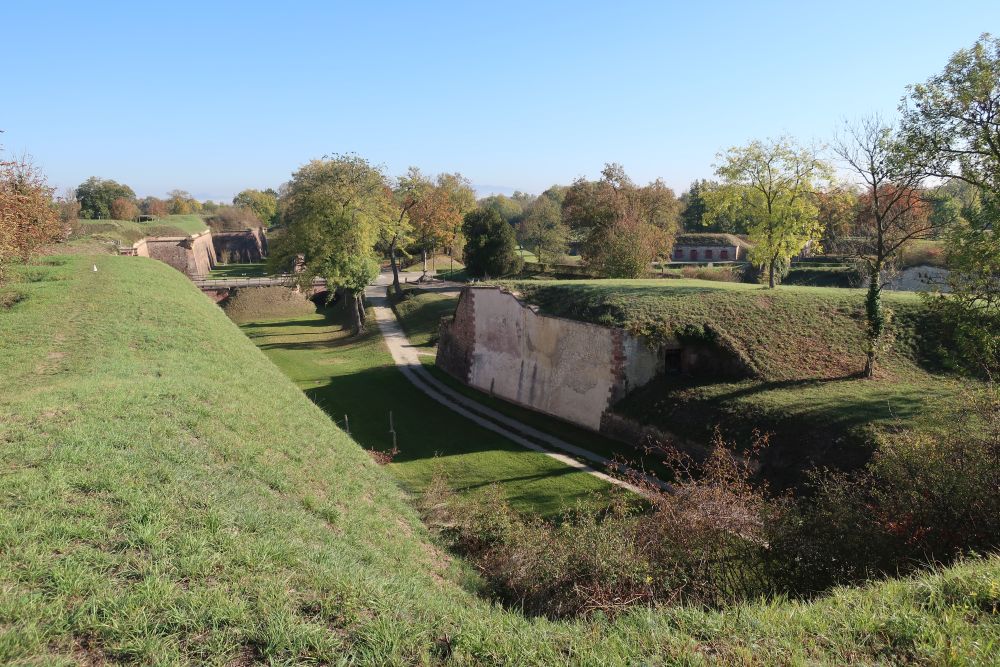 With dozens upon dozens of underground bunkers like this one. 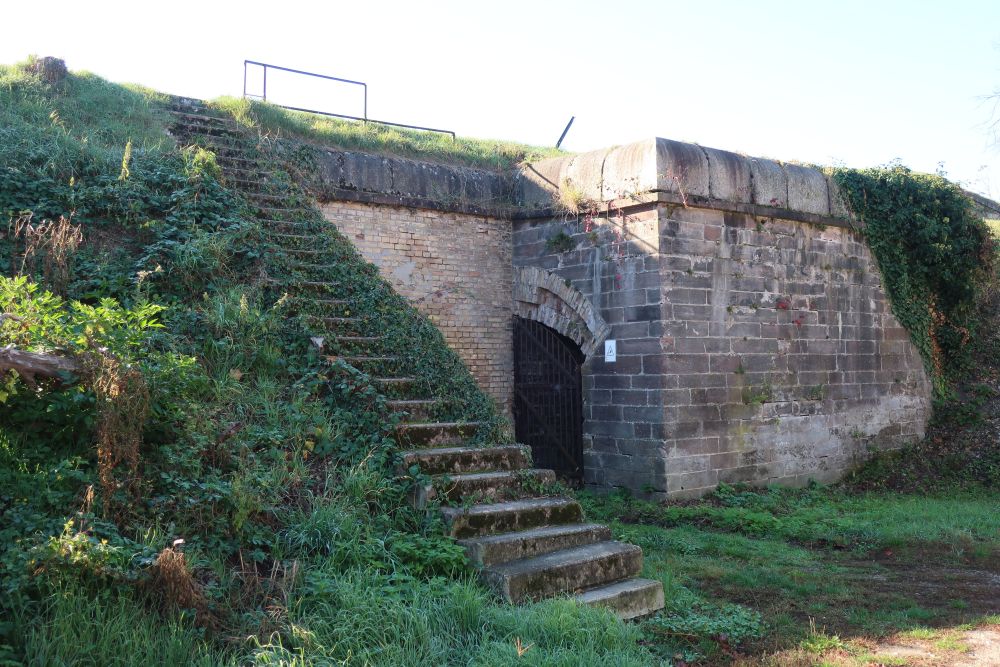