I’ve written about a number items of Jewish historical interest in Switzerland, now here’s one from Germany. During WWII the Jewish population of the southern German city of Konstanz was mostly swept up in the holocaust.  Today, as you walk around the residential area, you can spot things on the ground just outside of the doorfronts that look like this: 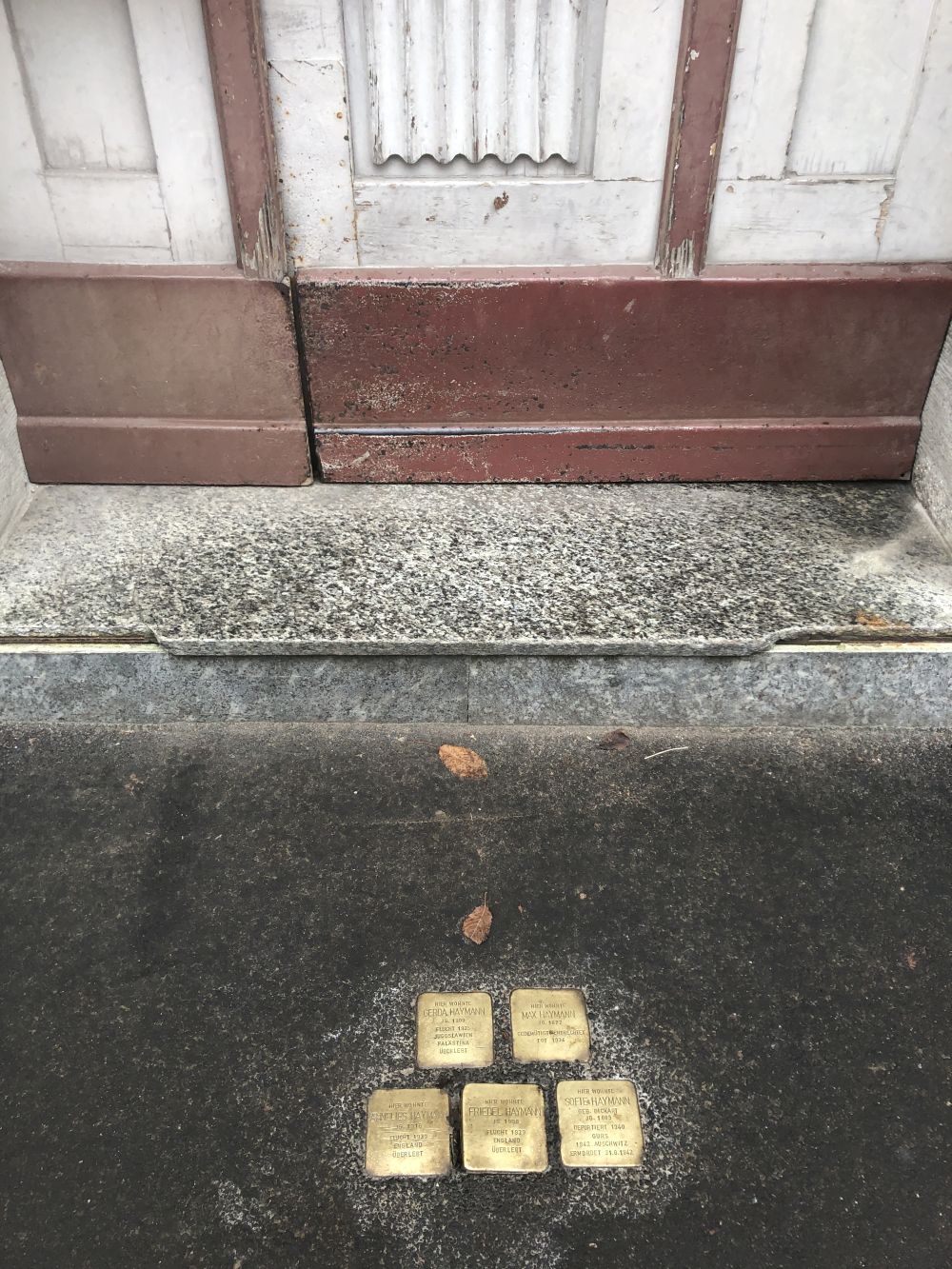 If you look closely, these are placques that bear the names of the Jewish residents that met their fate in WWII: 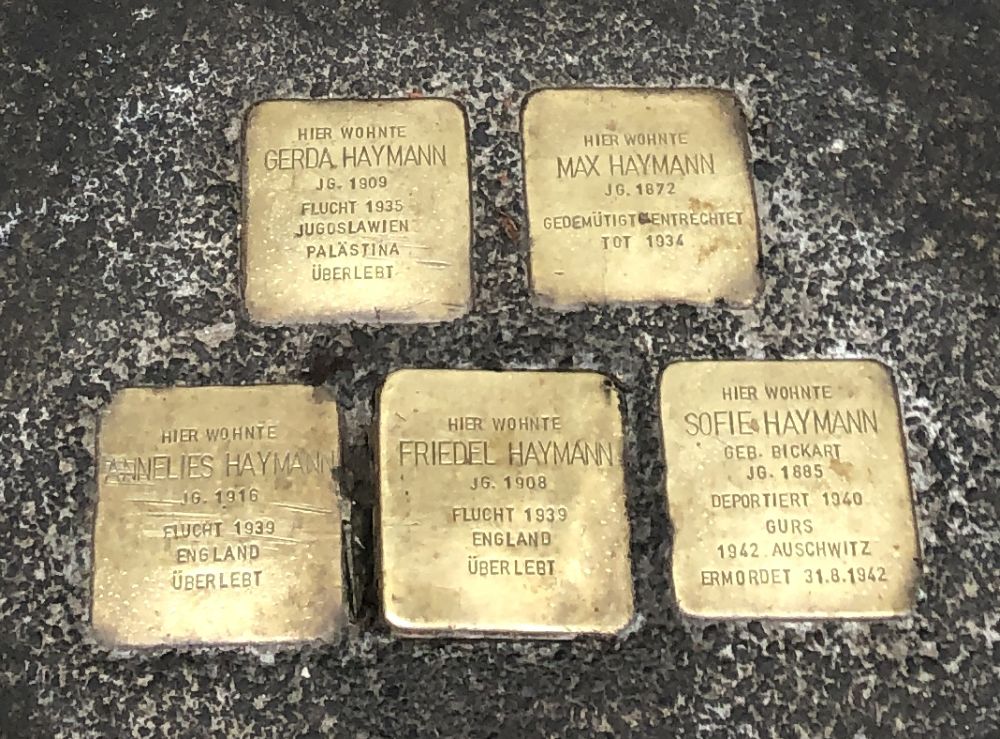 Lest you think these are all memorials to victim of the holocaust, some of these markers show that while, yes, they were victims, they did not all perish in the pogroms.  Clockwise from top left, the translations read: fled to Yugoslavia 1935, survived; slandered and disenfranchised, died in 1934; fled to England 1939, survived; fled to England 1939, survived; deported to Auswitz, killed 1942. Since they all have the family name Haymann it is a further tragedy to see how this family unit was broken up in this way.