I haven’t blogged about it yet, but France has commercialized their regional cultural subgroups for years.  Shopping centers almost universally contain a store called “En Passant en Alsace” or “En Passant en Bourgogne” that sell the local products from regions such as Alsace and Bourgogne.  The huge supermarkets (known as Hypermarchés) have an aisle that, at various times, sell the products of a different region of France than where the Hypermarché is located.

Now it seems the Schwabians in Germany are getting in on the action!

Here is a snap of a “Schwabian vending machine” located at the Stuttgart main train station, 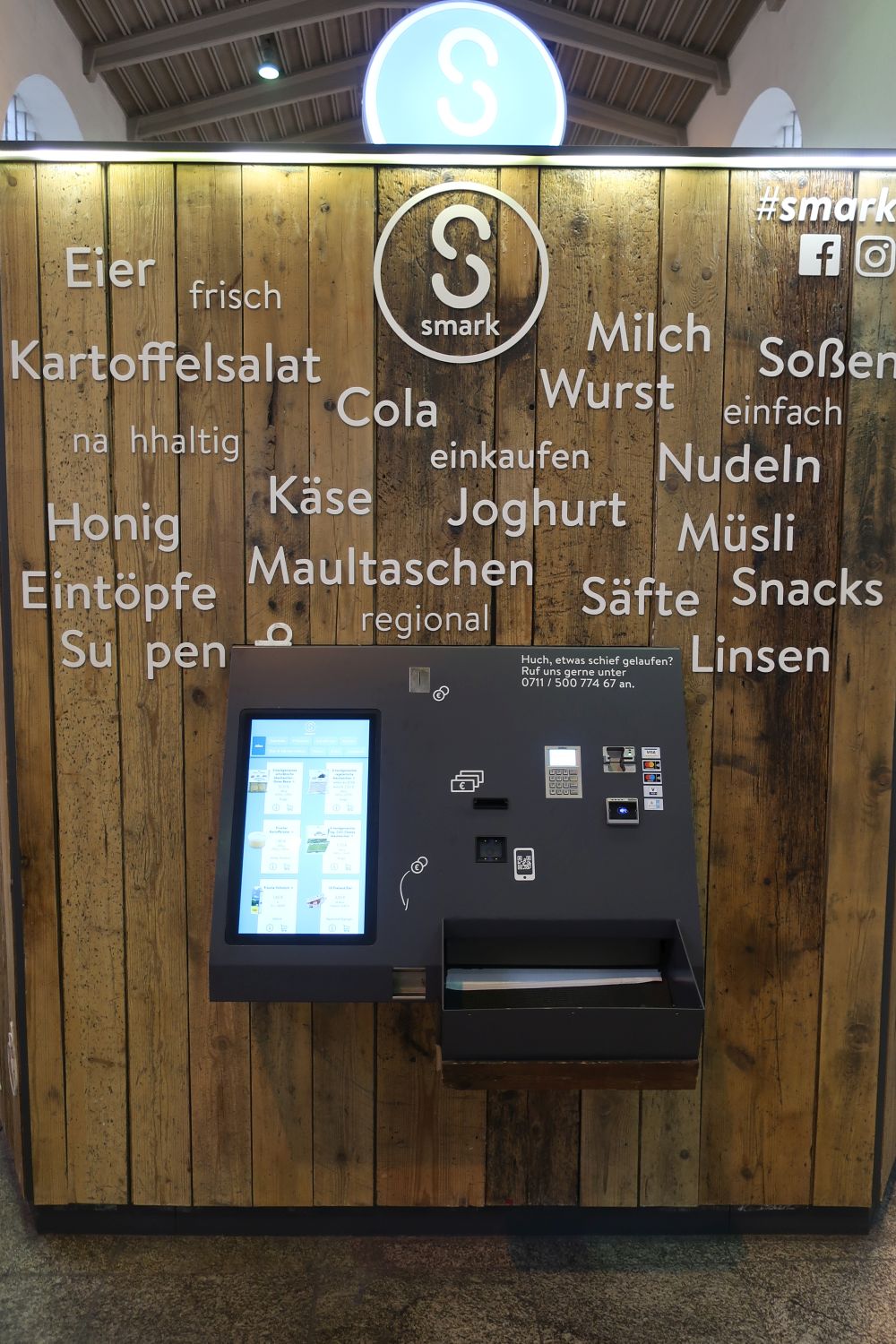 As you can see from the display, you can order Schwabian specialities such as Maultaschen and schwabian potato salad:

I’ll refrain here from any jokes (such as, in order to save money there are real Schwabians behind the wall dispensing the products instead of expensive machines).