This is UNESCO-recognized city Bern in the Kanton of the same name, in Switzerland. There are many amazing, mind-blowing things in this snap that each deserve their own blogs: 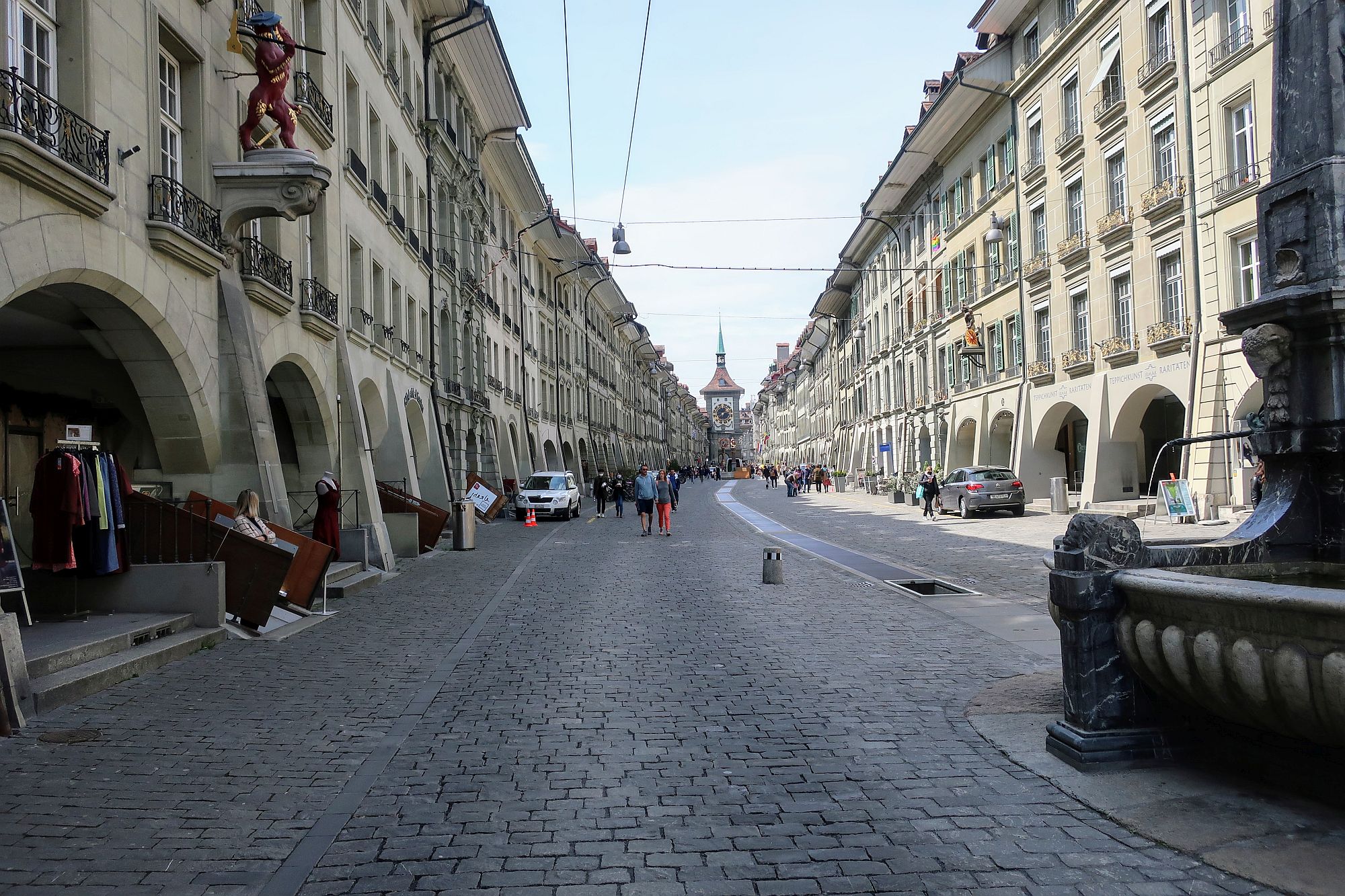 In this blog I’ll focus on the amazing, mind-blowing subterranean stores. If you look to the bottom left, you’ll see half a woman with blond hair. That is not really half a woman – that would be silly! In fact, it is a whole woman, and this woman is standing in an entryway to a store located under the street.

This snap shows many such subterranean shops: 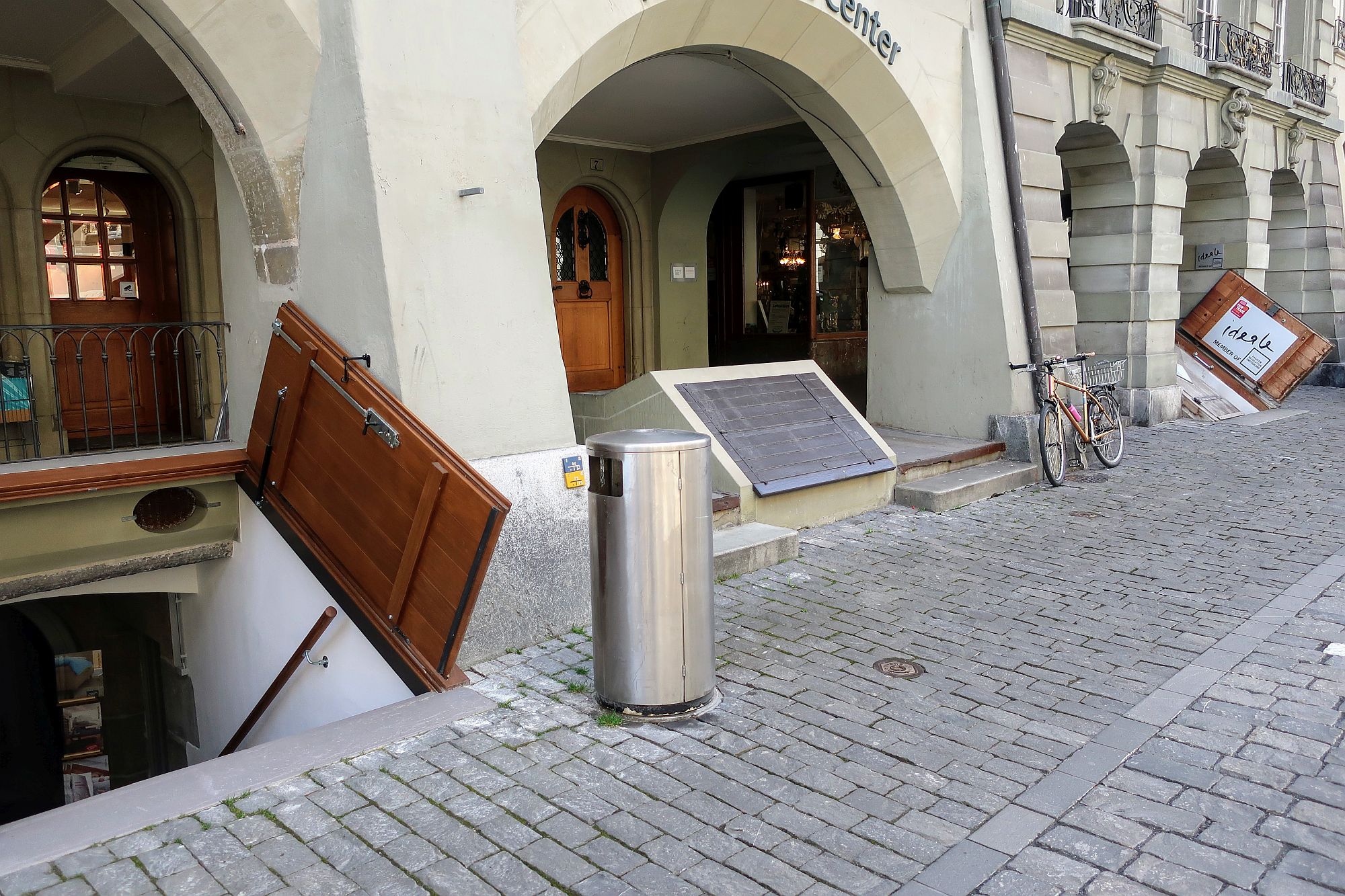 And if you get even closer, they look like this: 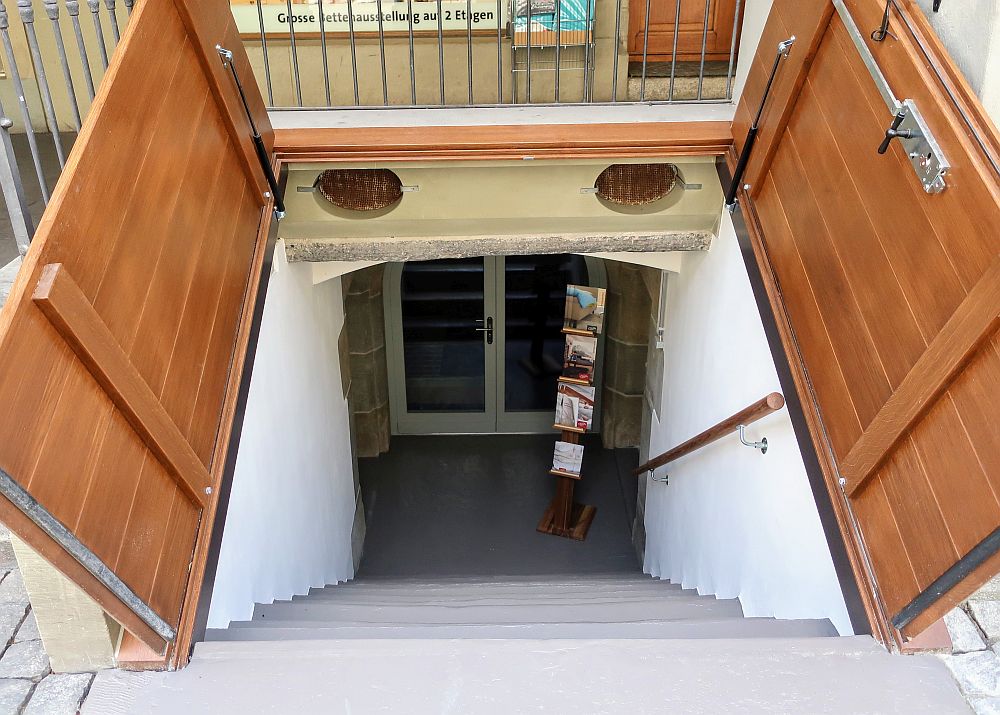 I don’t know much about the history of these subterranean shops, why for example people thought they were a good idea. I once spoke with a medieval historian (well, he was a modern historian, but his interest was the Middle Ages) and he said that the level of ground water had a huge impact on what we see today. So it is likely that Bern had a very low groundwater table – which would make sense because it is very high above a river – but that’s just a guess.