Giant Sequoia trees, which also have the amazing Latin name Sequoiadendron giganteum, are amazing amazing things. They can grow to hundreds of feet tall, weigh many thousands of tons, and live for many thousands of years. And what’s more amazing, there are quite a number of them that have been born and raised in Europe!

Here’s a Giant Sequoia that I spotted in Germany in a park next to Lake Constance, also known as the Bodensee. 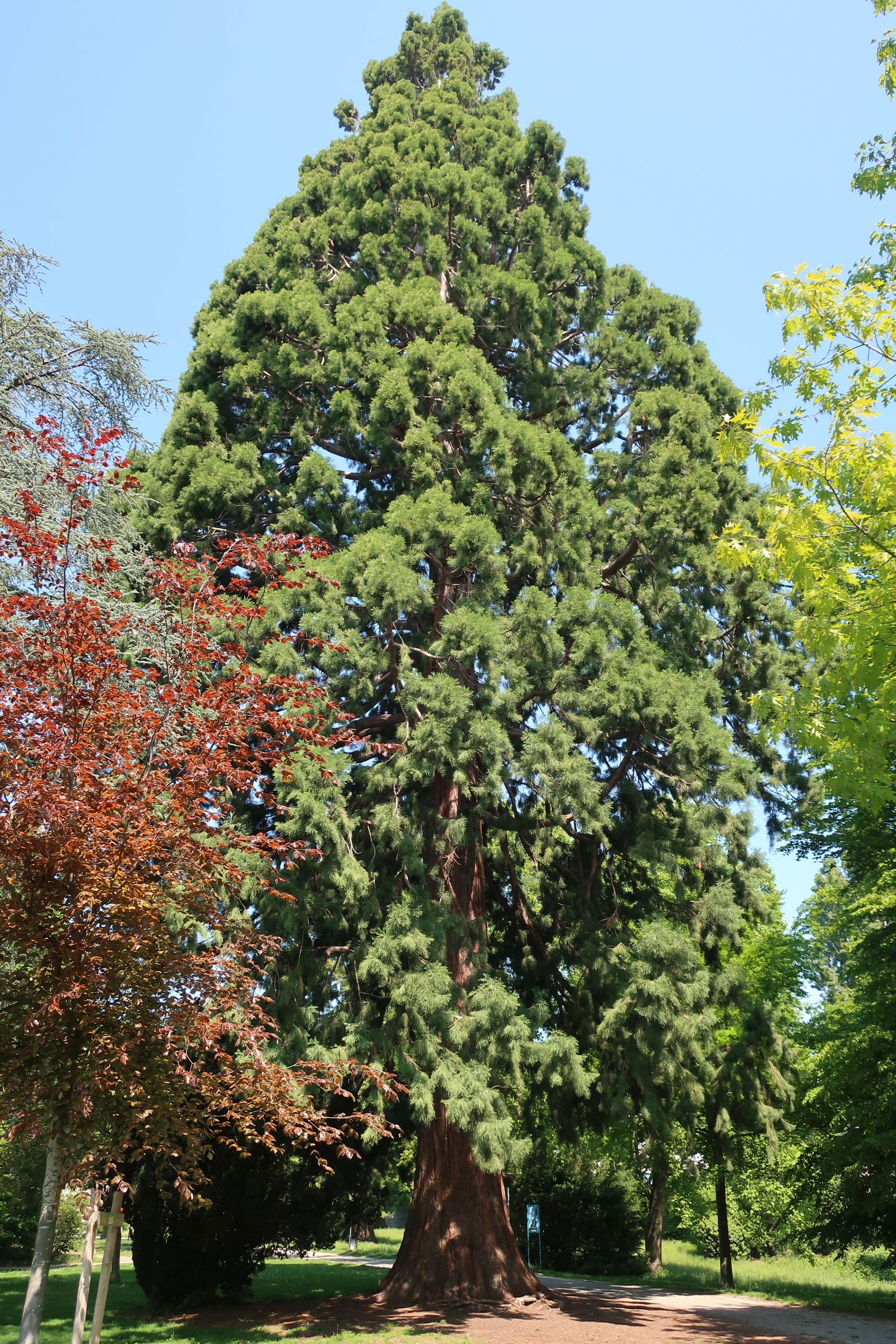 But as this sign describes, planted in 1800’s it is still just a baby.

Sadly, I am a big believer that mankind will be unable to stop climate change, so I have no hope that this fellow will live to reach anywhere near its limits. Even the natural-born Giant Sequoias of Northern California are classified as an endangered species and are under massive threat due to the increased temperatures and reduced levels of rain and moisture in the air.