There have been large communities of Jewish people living in Switzerland since the Middle Ages.  Sadly, there were also large pogroms, so their history was hardly a pleasant one.  I’ve shared some information about the Jewish community in Zürich in a recent blog post.

During a brief period in the eighteeenth and nineteenth centuries, the Jews in Switzerland were required to reside in one of two villages in the North Switzerland canton of Aargau, just a few miles from where I live: Lengnau and Endingen.

This is the village of Lengnau, and in contrast to other German and Swiss villages, the city center is punctuated by a truly massive synagogue rather than a Christian church or Catholic cathedral: 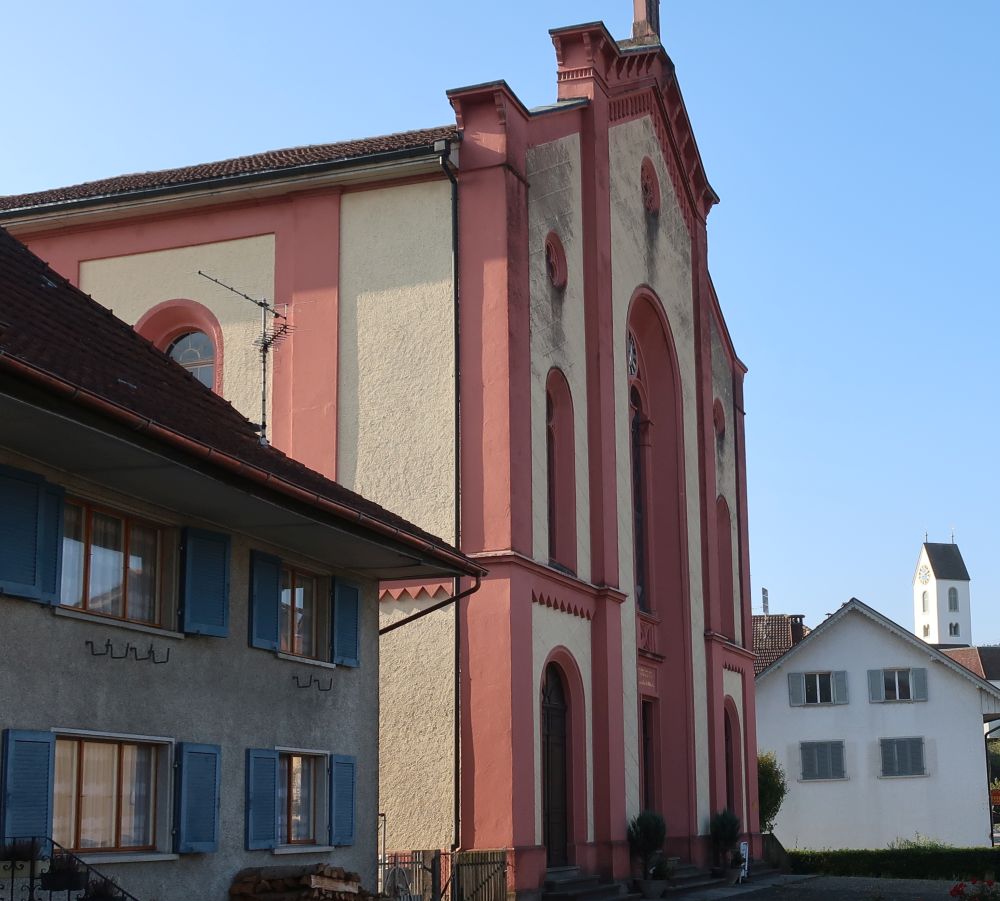 There is a Jewish description in both German and Hebrew carved into the stone arch doorway:

And a plaque in front of the synagogue shares a few details: 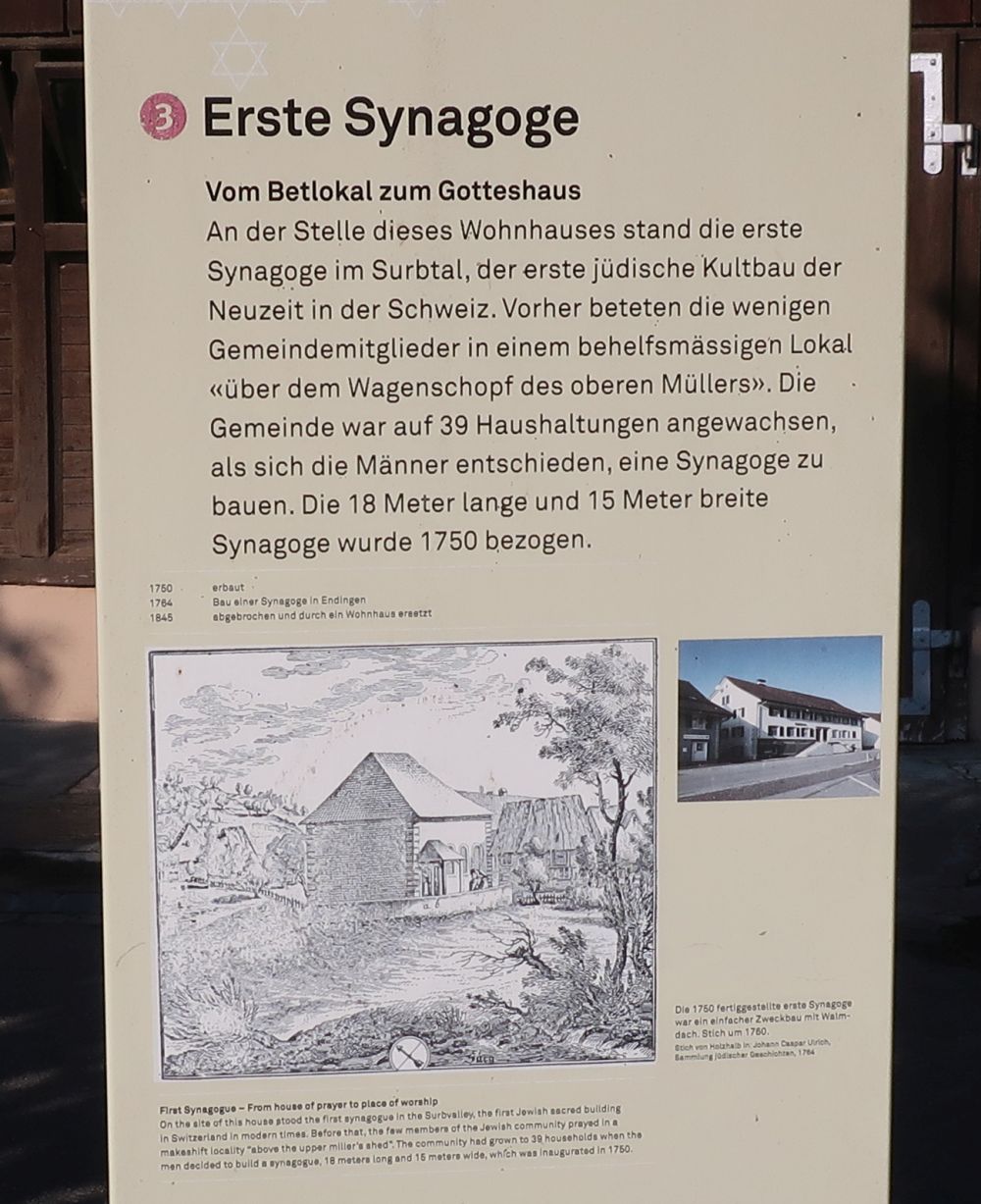 The villages of Lengnau and Endingen are filled with interesting relics from this Jewish period, and I will share some additional photos and more information in future blogs.