Although most people think of Alsace when they think of storks, in fact southern Germany but also northern Switzerland has some.

Here is the Swiss village of Wiesendangen, and on top of the tower you can see a little platform for a stork: 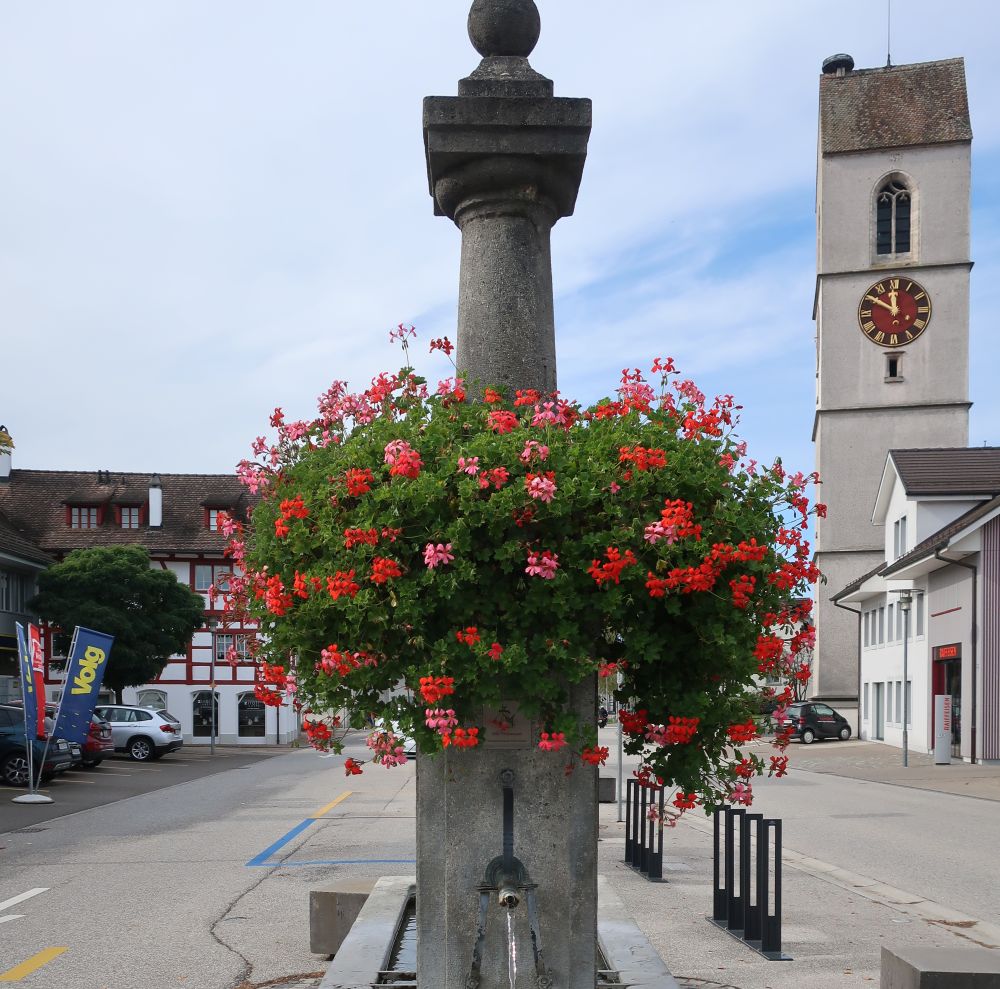 No stork there at the moment – just a few weeks ago I spotted huge flocks of them on their yearly migration. Some of them migrate to northern Africa where they over-winter, others migrate to Spain. Some, however, seem to not migrate at all – and it is not uncommon to find a few still in Europe during the winter.