I used to live on Lake Thun, and this was the view from my apartment:

Shortly after I moved here I read a book that referred to the “seven gates of Jerusalem,” which were apparently seven majestic castles that were found around Lake Thun.

Here is one of the castles, in the town of Oberhofen am Thunersee: 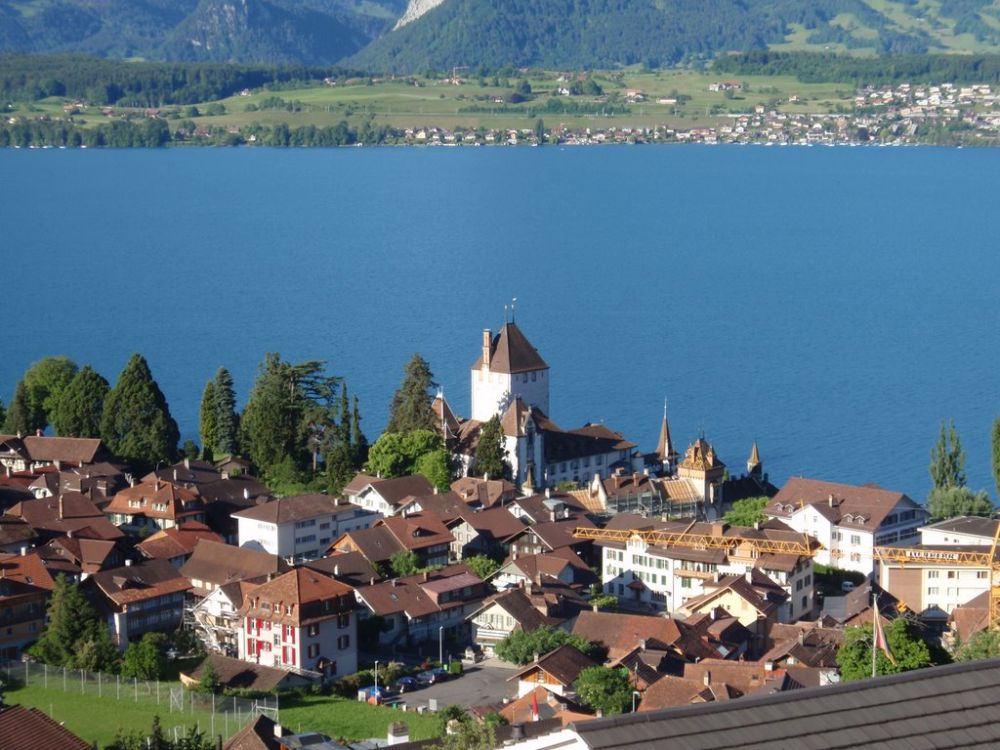 However, I’ve never been able to find the original reference in the book I read – or any other reference to this term.

To make matters worse, as far as I can tell there are only five castles, not seven: Hünegg, Spiez, Thun, Oberhofen, and Schadau.

But the mystery is still an interesting one: who coined the connection between these medieval castles around a lake and a holy city in a desert thousands of kilometers away?