Continuing the series, this snap somehow reminds me of a dystopian, futuristic landscape: 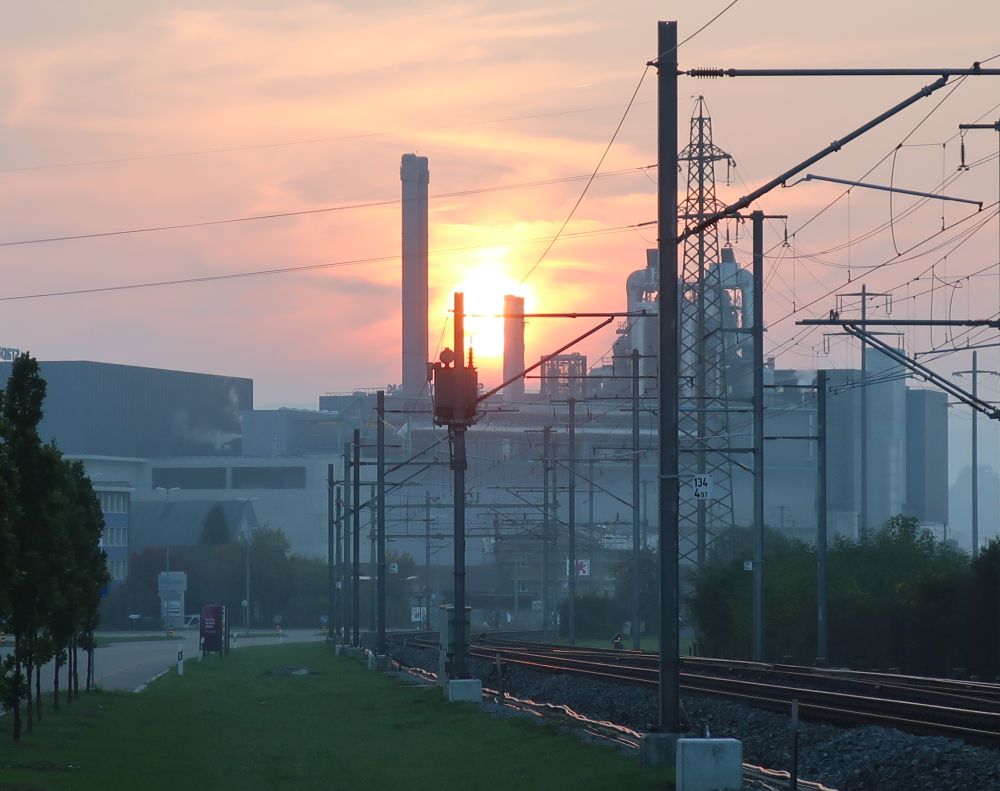 It’s the year 2042. The outside temperature during the summer in Switzerland can be in excess of 60 C, so it‘s not possible to spend time outdoors unless in a chill-suit. Winterthur is a small industrial outpost with a population of less than 100. Here you can see the sun rising above the nuclear powered carbon extraction plant. In a network of nearly 1000 stations like this circling the globe at strategic points, carbon is extracted directly from the atmosphere, converted to a solid, and transported by computer controlled railways to Spain – a long dead country in the uninhabitable zone of Europe, where the average yearly temperature is above 60 C, and the peak summer temperatures approach the boiling point of water.

Climate scientists are in unanimous agreement that these decarbonification activities must continue unabated for another forty years before the year-over-year rise of the Earth‘s temperature will be stopped, and another century before the pre-2000 temperatures will be restored.  With Earth‘s population currently hovering at a little over 250 Million, it will be a tough challenge to keep this system in operation that long.