I was riding high on heady fumes of stardom.  Then came another pinnacle opportunity. From 1965 through 1970, comic actor Don Adams starred in a James-Bond-send-up TV series named Get Smart.  He played an inept spy and the series had a big cult following. 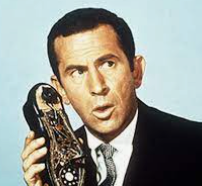 Universal, to capitalize, decided to produce “The Return of Maxwell Smart”.    And they asked me for a full blown computer lab and would I come down and help the set designers plan it out?   My boss thought it was great, told me to take whatever I needed from inventory, and I left for Burbank with 4 field engineers and visions of getting my own Oscar.

Well, we cobbled up a lab, the studio prop guys added flashing lights, I wrote a bunch of nonsense programs, and the 4 FE’s sat around in case something burned out, and had their pictures taken with minor movie stars.  Oh, the glamour of Hollywood.  The movie plot line had Agent Smart use the computer to stop an evil genius from exploding a bomb that would leave everyone in the U.S. stark naked. 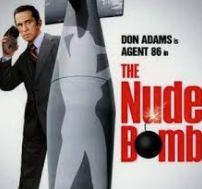 I knew this was the end of my Hollywood career, so I asked my boss:  “When the movie comes out at our local theater, why don’t we rent the whole theater for one night and take the whole company, their families and make a party out of it?”  (Ideas like this are the difference between me and Bill Gates.)  My boss thought it was great, and started negotiating. 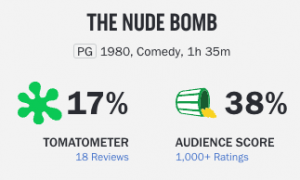 But Hollywood dreams shatter. Just as the movie was ready for release, Universal changed the title.  Instead of “The Return of Maxwell Smart”, they named it “The Nude Bomb”. NOT a good follow-up to “E.T”.  The movie was a bomb, and the company wanted some distance.  No opening night theater party, no more movies for Chuck, only 3 confused lawyers trying to get our name removed from the credits.

Reflections of a Valley Guy – Part 6: “Hollywood discovers the Valley”

Reflections of a Valley Guy – Part 7: “The Hollywood adventures continue”