It looks like I’ve climbed down between the railway tracks to take this stunning shot of the railway station at Olten, in Switzerland, meaning there would be mere seconds before a ultra high speed train crashed into me: 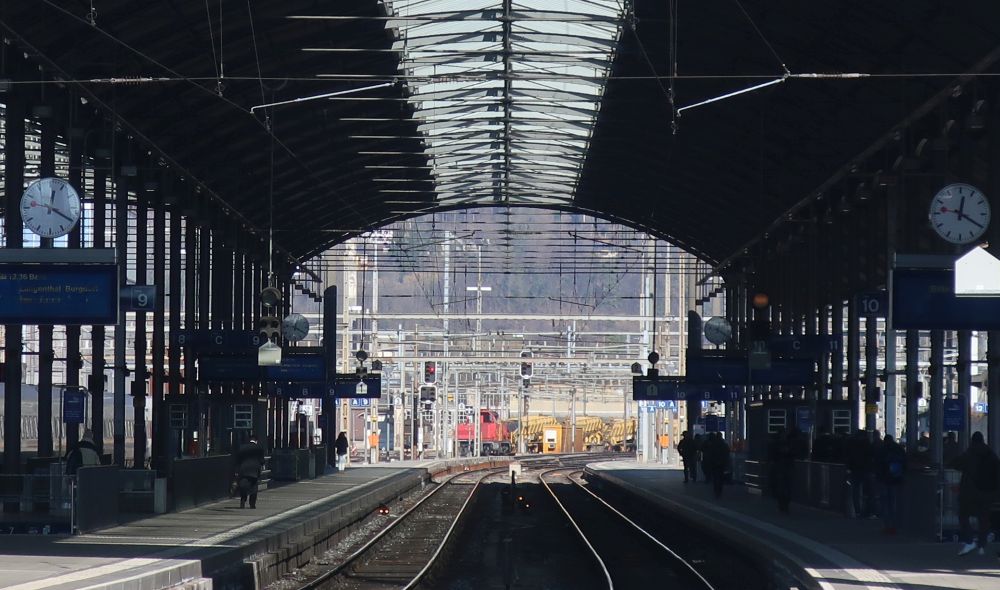 Allemanic is the more evolved form of High German spoken in Southern Germany and Switzerland, and many people consider Olten to lie on a language boundary that separates the Zürich form of Allemanic from the Bern form.

Funny story – but true: there is a train conductor for the Swiss Federal Railways that has the route from Zurich to Geneva. Between Zurich and Olten he greets the passengers with the Züridüütsch greeting “Grüezi wohl.” Between Olten and Freibug he switches dialects and greets the passengers with the Bäärndüütsch greeting “Grüessech wohl.” And between Freiburg und Geneva he switches languages completely and speaks French, “Bonjour Madams, Monsieurs.”