Today it is one of the busiest streets in the world, but when I visited many years ago it was still quiet – it was unempty until at least noon, and you’d have to struggle to meet any foreigners there at all. 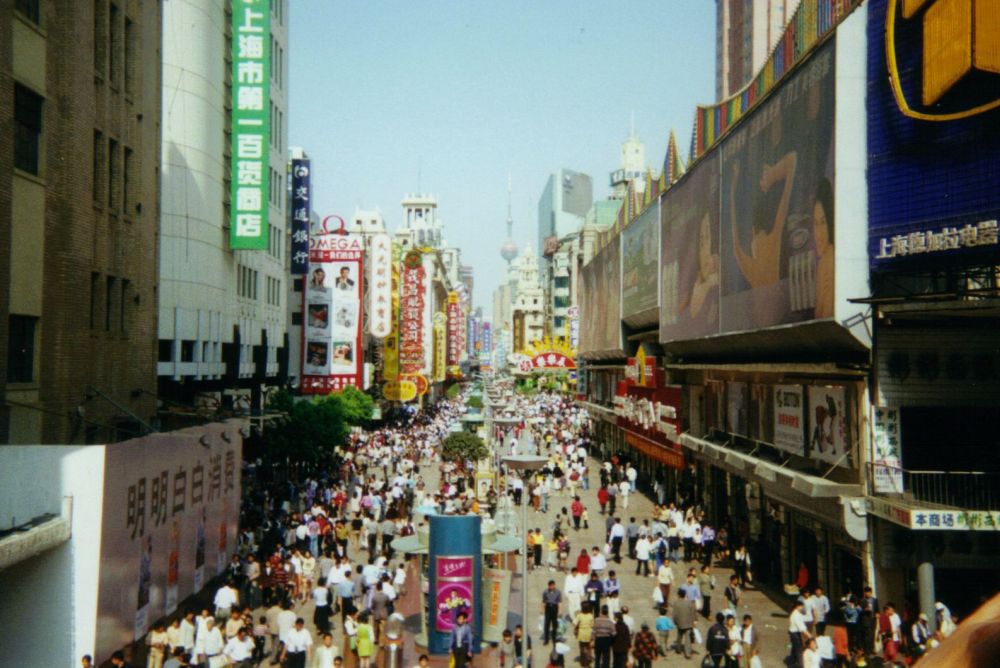 Interestingly, while visiting Shanghai as I scientist I was followed on at least two occasions by the Chinese secret police (actually, nothing unexpected since I had a background in nuclear physics, and the Chinese goverment made no secrets about following nuclear physicists whenever possible). And (as many, many people over the years have asked me) this is where my path first crossed with a man I only know as Mr. Tradecraft.

This was back in the days before China was open to the west: for example, all incoming flights had to stop in Beijing, where the passengers would get out and pass through immigration, before re-boarding and heading to Shanghai.

Another interesting story is that I shared a train cabin with a team of business leaders from Motorola, who at the time had no footprint in China and were considering opening their first factory there. So unknowingly I may have helped contribute to their business decision!