Continuing the series, I’ve warned you that Sainte-Marie-aux-Mines and Sainte-Croix-aus-Mines are places where tourists are advised to keep out.

Keep well out, that is, except for two days every year, during the summer, when they become home to one of the world’s LARGEST and most MIND-BLOWING gem and mineral show on the planet, namely, the Sainte-Marie-aux-Mines International Gem and Mineral Show.

The village center is filled with dozens upon dozens of stands: 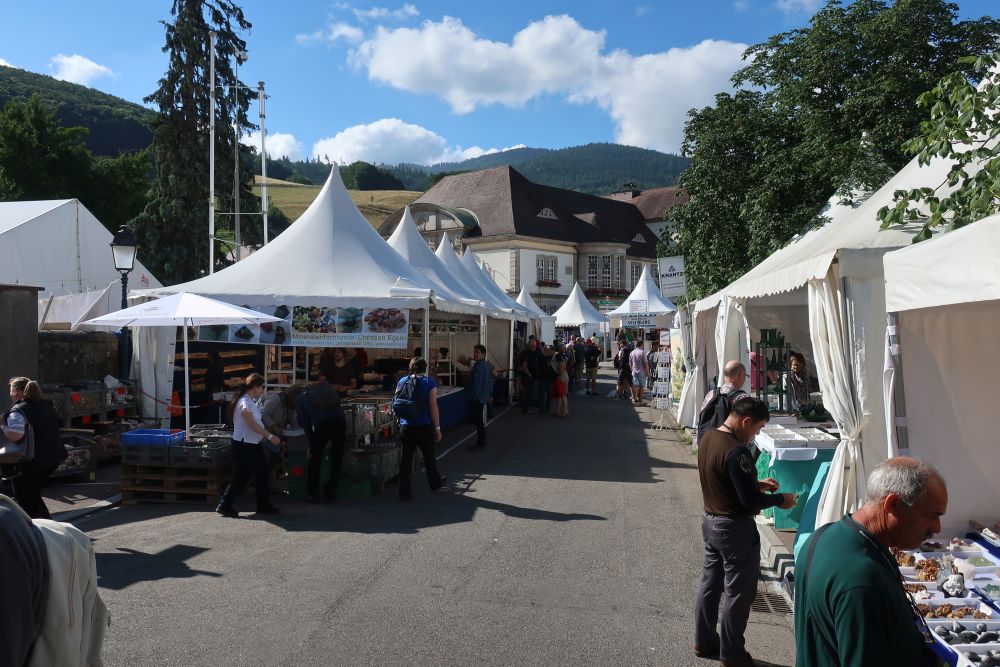 The church courtyards are all filled with dozens and dozens of stands: 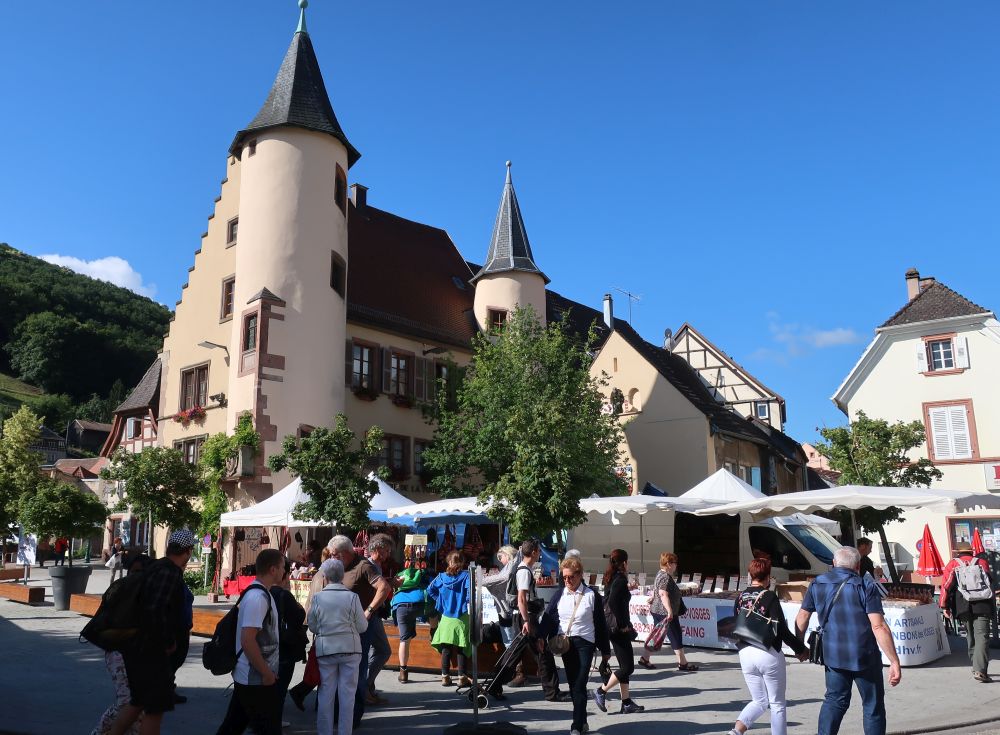 And in fact, during these two days, each and every village office building is open to the public and filled with yet more stands. No space goes unwasted. For example, the local indoor pool is also filled with stands: 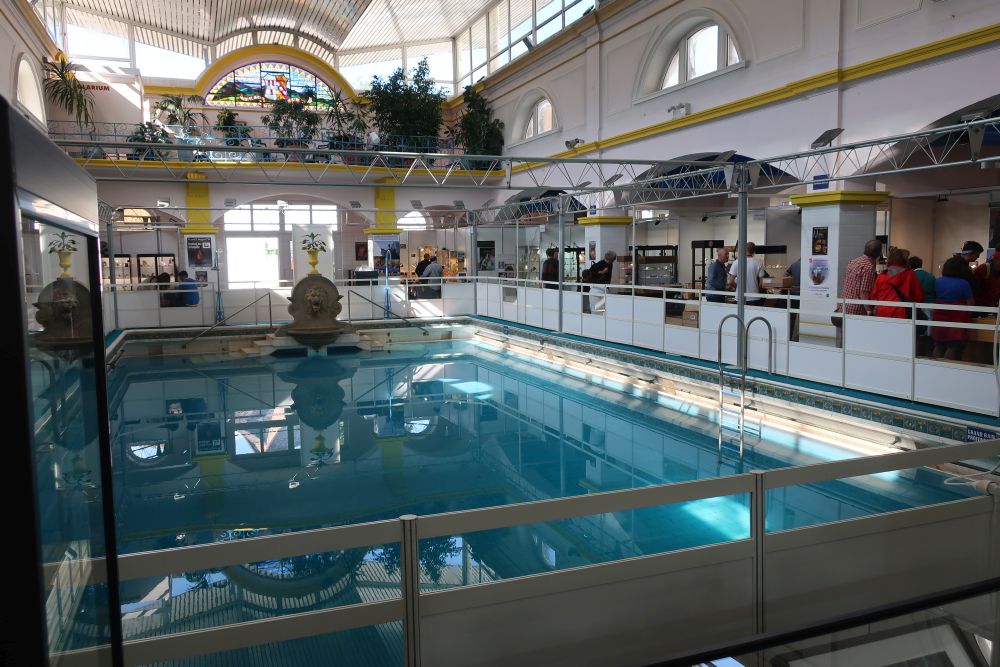