This is the world famous Gare de Lyon – but it is not located in the French city of Lyon, but rather Paris: 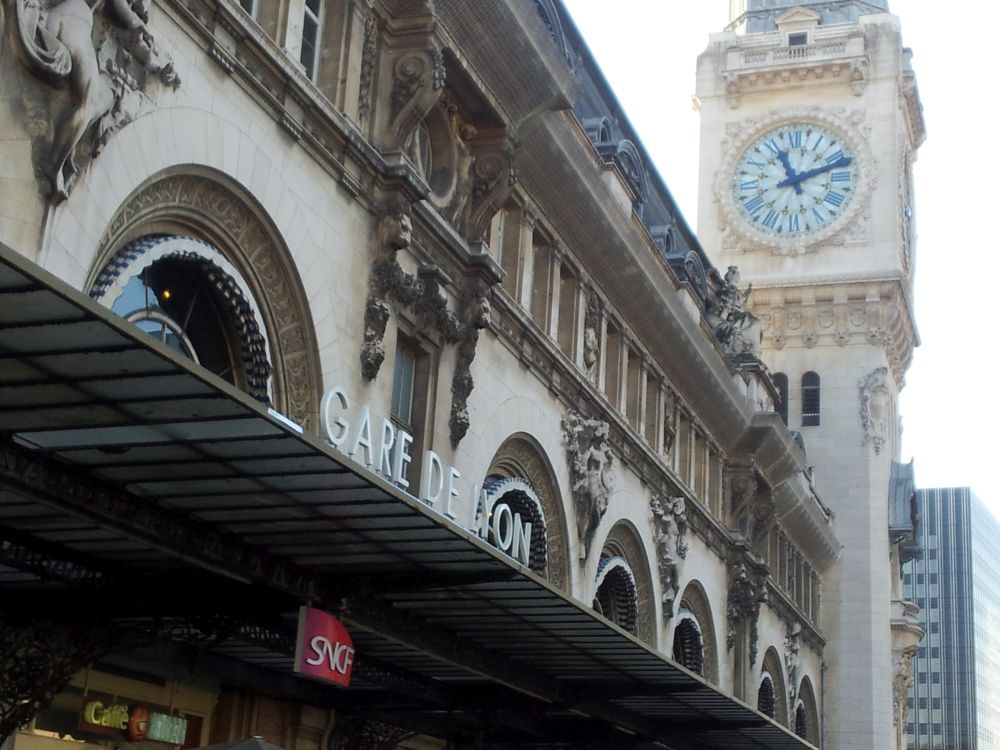 With around 90 Mio PAX per year, it’s the third busiest railway station in France!