Everyone knows that Bangalore is often referred to as India’s Silicon Valley – but not everybody agrees why.  Some say it was because Wipro got its start here – I had the pleasure of meeting Wipro’s Azim Premji, but I don’t believe this is the reason.

After living many years in southern India, I’ve come to the realization that no other place I’ve visited has such a deep, long, and intense culture of technical innovation.

Probably the best known example: Back in the eighteenth century Southern Indians invented military rockets, the British stole these and exported them back to the New World – and in fact it is these Indian “rockets’ red glare” mentioned in the Star Spangled Banner.

But here’s an even better example: ancient outdoor air conditioning.  This snap shows a temple in the Southern Indian UNESCO village of Hampi: 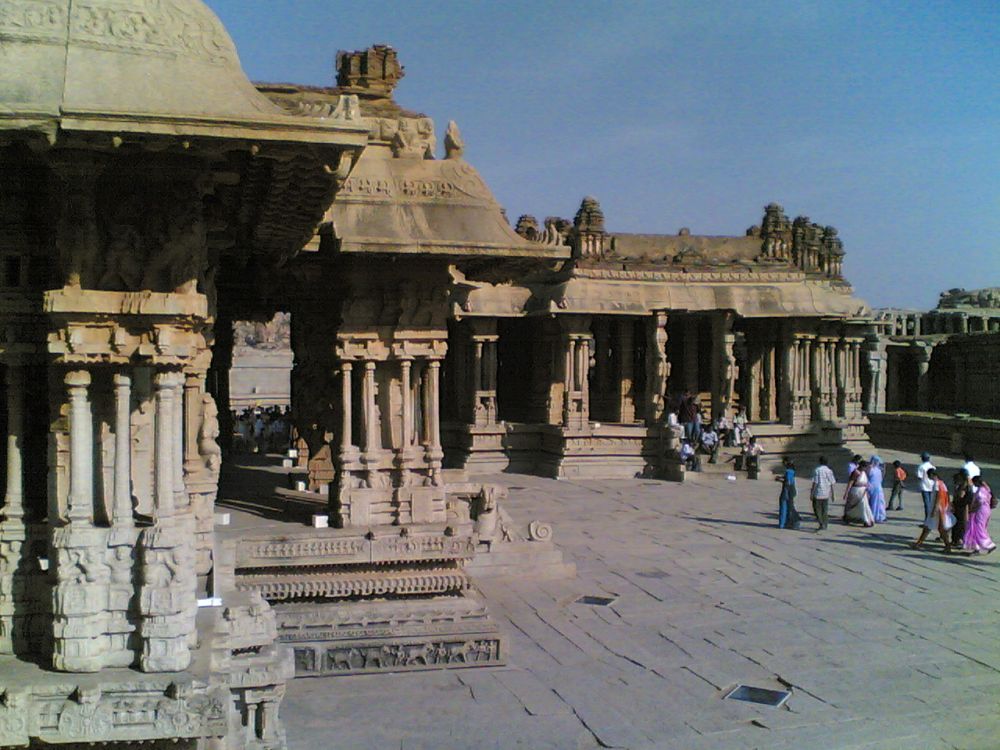 The stone columns are hollow and, when filled with water, provide a strong evaporative cooling effect.

I’ll share other examples of Southern Indian “culture of innovation” as time permits.