One of my all time favorite movies is the 1959 Journey to the Center of the Earth, starring Pat Boone and James Mason, based on the book by Jules Vernes: 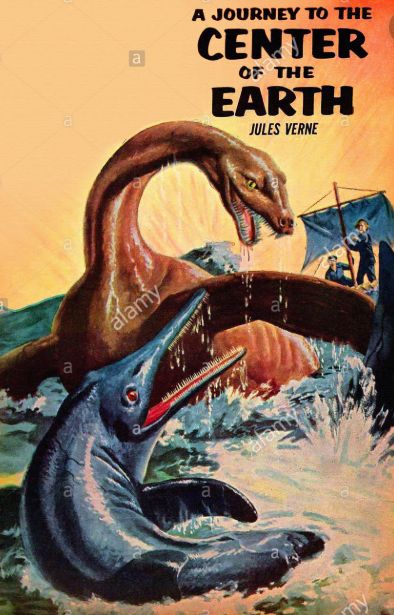 My recent Journey to the Center of Lugano could not be compared to this at all!

Lugano is a wonderful city on a pretty lake in the Italian speaking part of Switzerland known as Ticino.

When you come to Lugano by train, you’ll either alight (if you are British) or get off (if you are American) at this incredible train station: 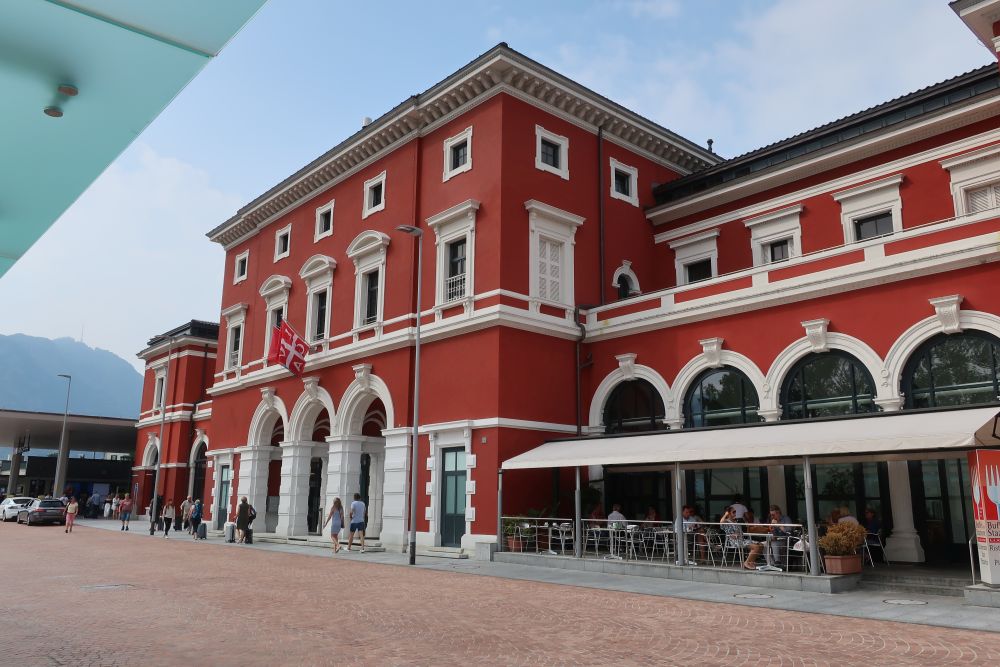 Then you’ll immediately walk outside, at which time, upon realizing that you, in actual fact, are hundreds of meters high above the city, you will either say “My word!” (if you are British) or “My goodness!” (if you are American): 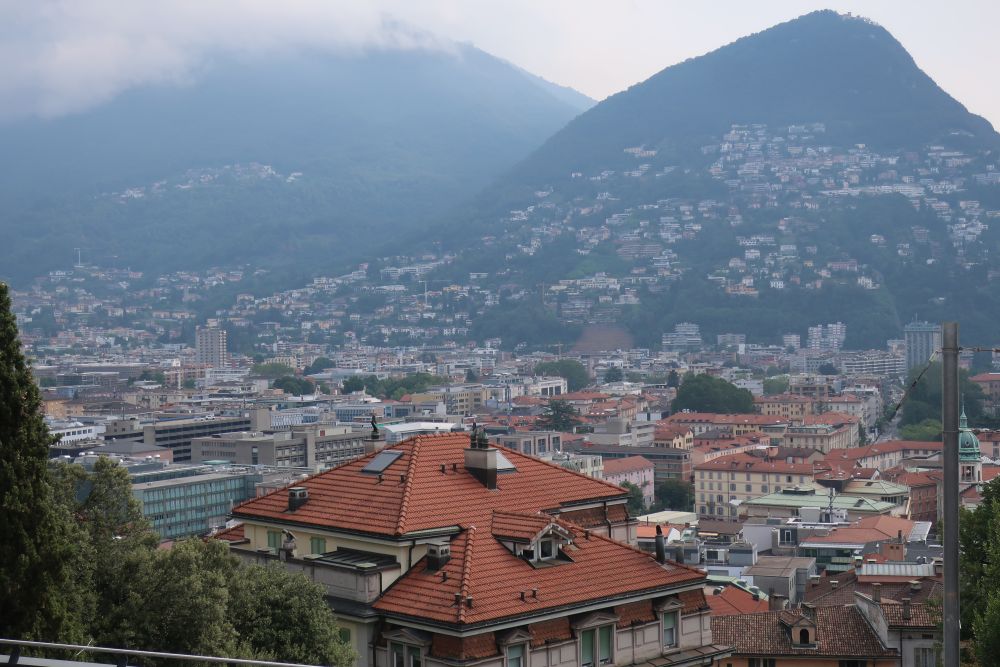 At this point it will dawn on you: you are way up here, and the city is way down there. Arithmetically, you have to add the two ways, and that is a loooong way!

So to get ready for this loooong way, in time you’ll either gird your loins (if you are British) or get ready (if you are American) and start the long, long trek down into the city.

Well, that’s what I used to do, many many times – until I made a stunning discovery! Even though I am an American, I am a loin girder, and to properly gird my loins for the long, long journey down I decided to walk back into the train station to buy a bottle of acqua in bottiglia.

And you can imagine my surprise when I saw this stunning sight!

Yes, it’s a contraption!  But not just any contraption, this is a people-mover of sort of contraption that shuttles people up and down the mountain!

It was a beautiful day, I felt fit and strong, I needed a good walk – but I decided to throw caution to the wind and try out this contraption. What use is a contraption that nobody uses!

Well, here is a shot of what it looked like as this fully automated contraption was lowered down the mountain on railroad tracks but tied to a huge cable underneath: 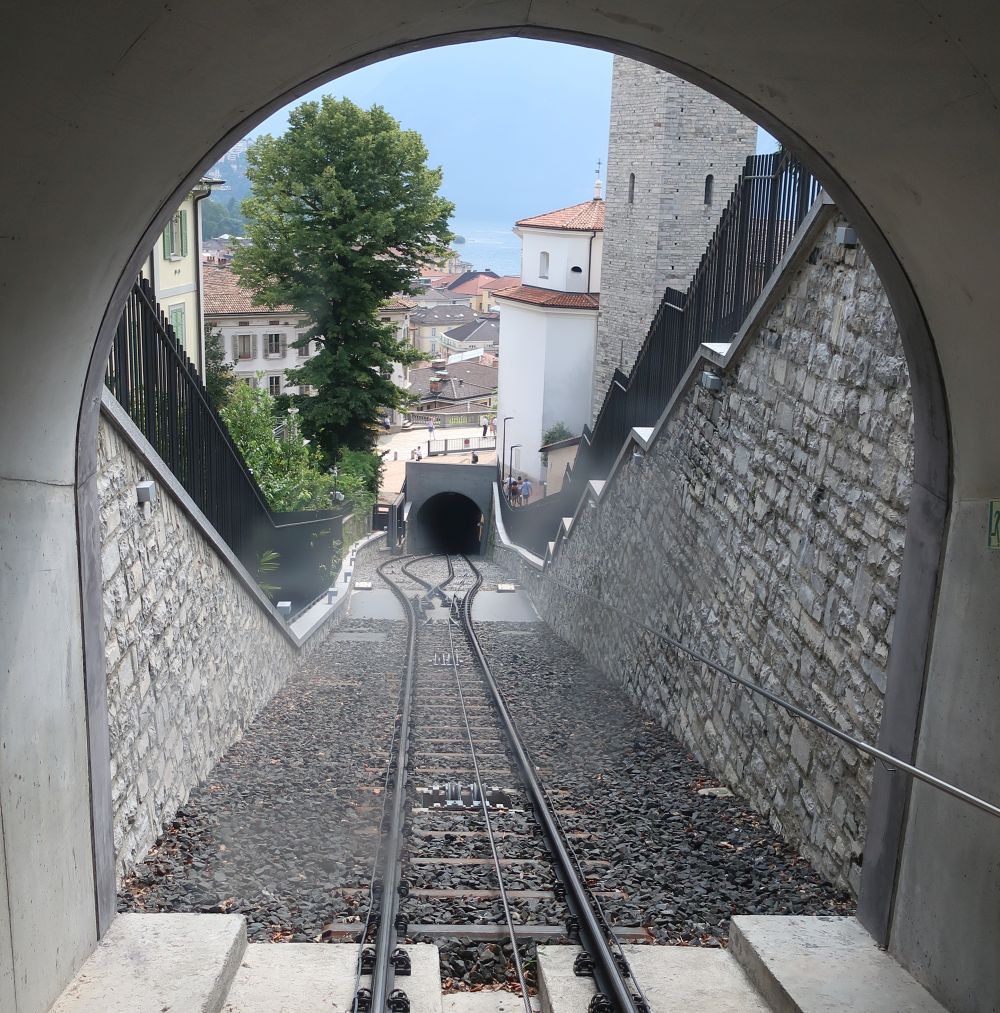 Now, I have been on contraptions like this all across Switzerland, so I was ready – I was prepared – I knew exactly what to expect. A very important principle in experiemental physics is this: opportunity favors the prepared mind.

So I had my little point-and-shoot camera out, and I was ready for what I knew what would come next!

But in case you don’t know, in fact these contraptions have two cars that are each at opposite ends of a very long cable, so that as your car is lowered down, another car is raised up: 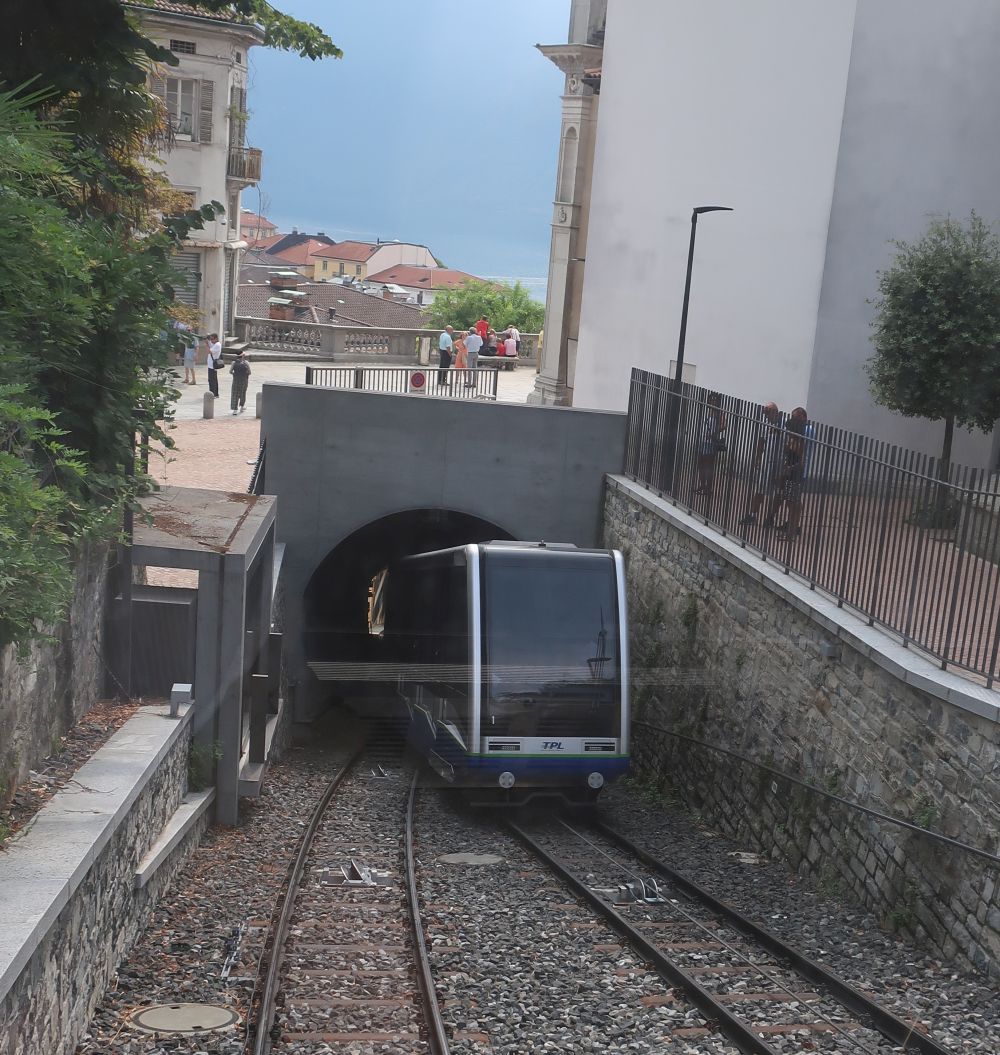 The rest, as they say, is history. Despite being am American loin girder I did not alight at the bottom but rather got out and continued on my way.

Here’s a nice shot of what the shoreline of Lugano more or less looks like: 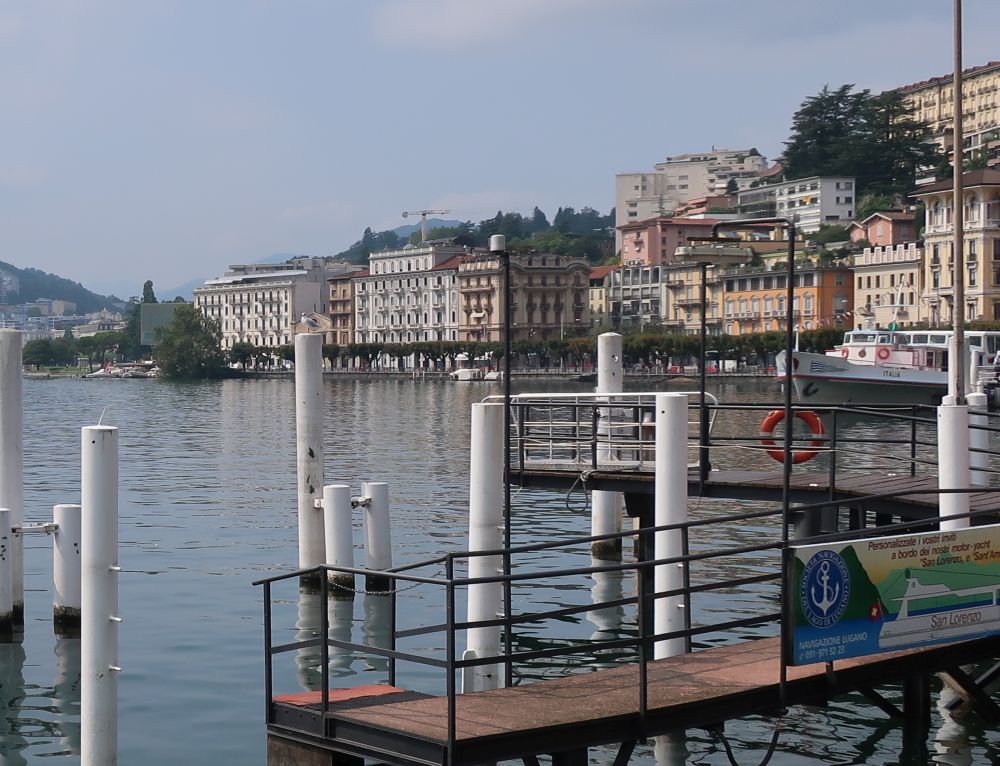 And when I was there the city was filled with shiny metallic works of art, such as this one below that, at first glance, looks like a hole in the fabric of space and time: 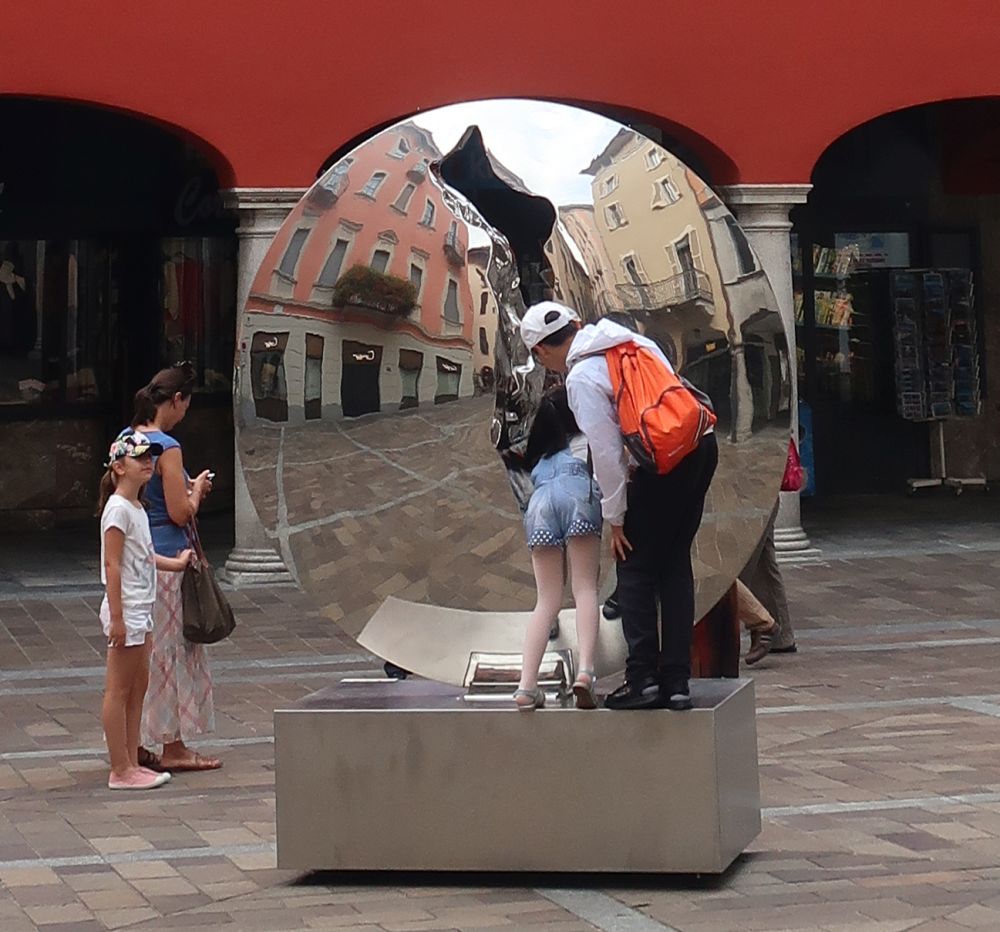