The Schwarzwald, as well as many parts of Switzerland, is filled with houses that remind me strongly of Darth Vader’s helmet. I wonder if this was just coincidence, or whether George Lukas was influenced by these when he designed his character in the 1970’s?

I don’t know specifically about these houses in Germany, but I’ve seen similar ones in Spain designed in this way for a special purpose. During the winter, the animals were housed on the lower level, and the inhabitants lived above the animals. In this way, the heat generated by the animals would rise and keep the occupants warm: 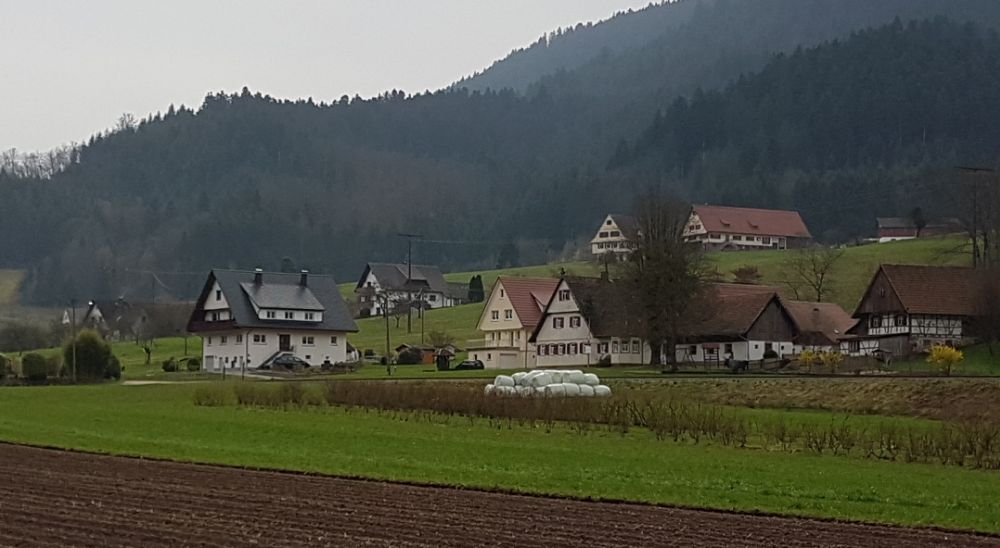 And here without the Darth Vader look is a house on a hill, deep in the Black Forest, near a creek called the Ibach. 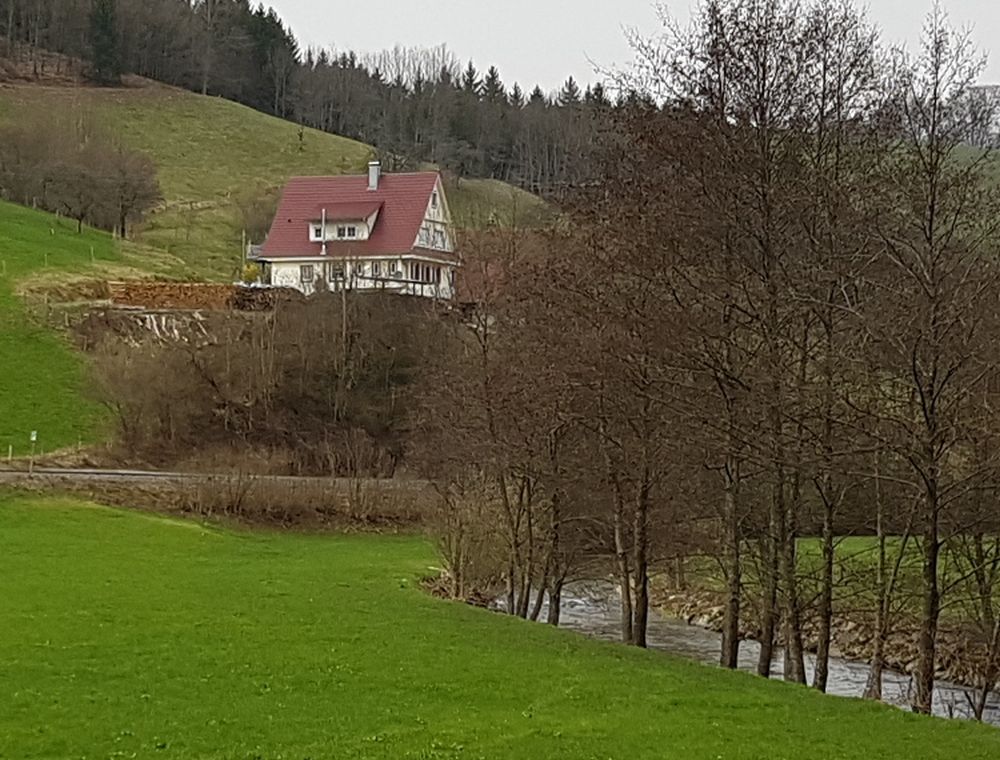