How do you couple train wagons together?  That’s easy: with a coupler!

Here is a modern automatic coupler in use with the Swiss Federal Railways (Schweizerische Bundesbahnen): 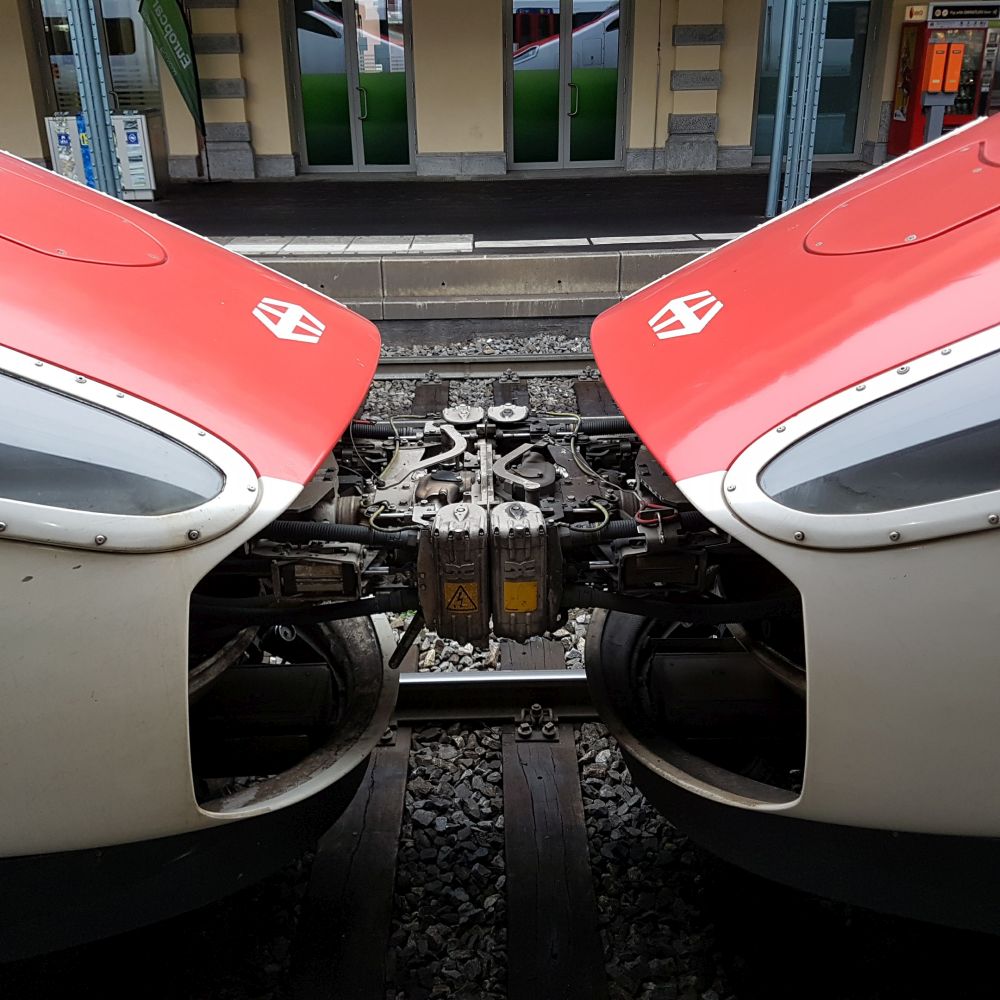 Sadly . . . I don’t know what couplers are called in German, and I really don’t feel motivated to find out.

Also sadly . . . I’m afraid I can’t truly understand the complexity of these couplers. As you can see from the photo there appear to be hundreds of small parts that are exposed to dirt and the weather – but I assume in spite of this, it must be the simplest possible design.

But wonderfully . . . I had the privilege of working for the Schweizerische Bundesbahnen and also being in the cabin of a train when the train driver used one of these automatic couplers.  He told me the process is to, quite literally, smash his train into the train to be coupled, being sure to use a maximum speed of less than 1 km / hr.  No other effort from the driver is required; the system is 100% automatic.

The older trains use a manual coupling system that requires someone to climb under the train and connect the wagons manually.  As time permits I’ll post a photo of that system.