Continuing the series, previously I showed a man-made ornamental street canal adorning the largest boulevard in the French Provence town of Cavaillon, 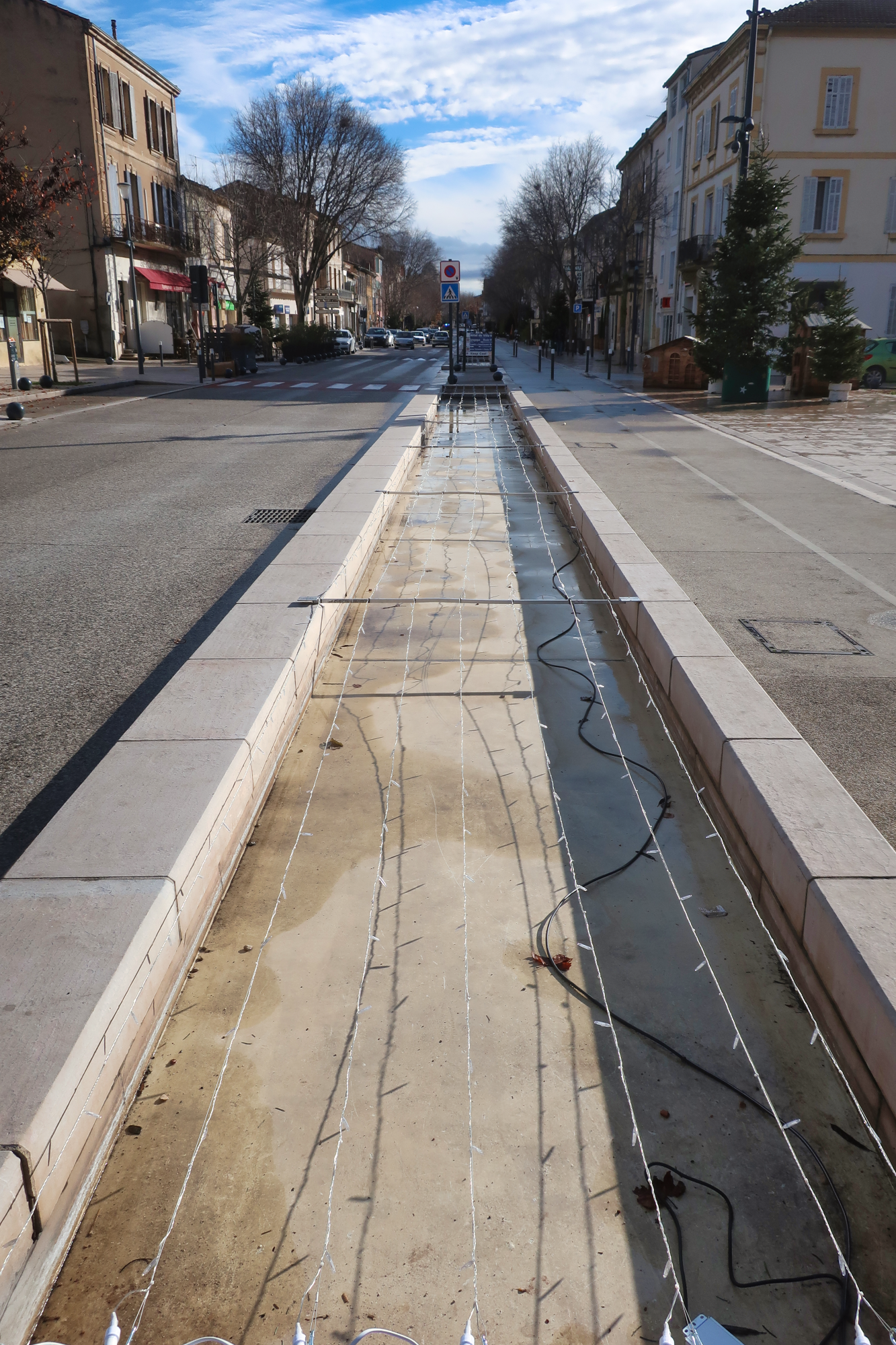 Many towns and villages have such man-made ornamental canals, so at first I thought nothing of this until I saw the following historical sign: 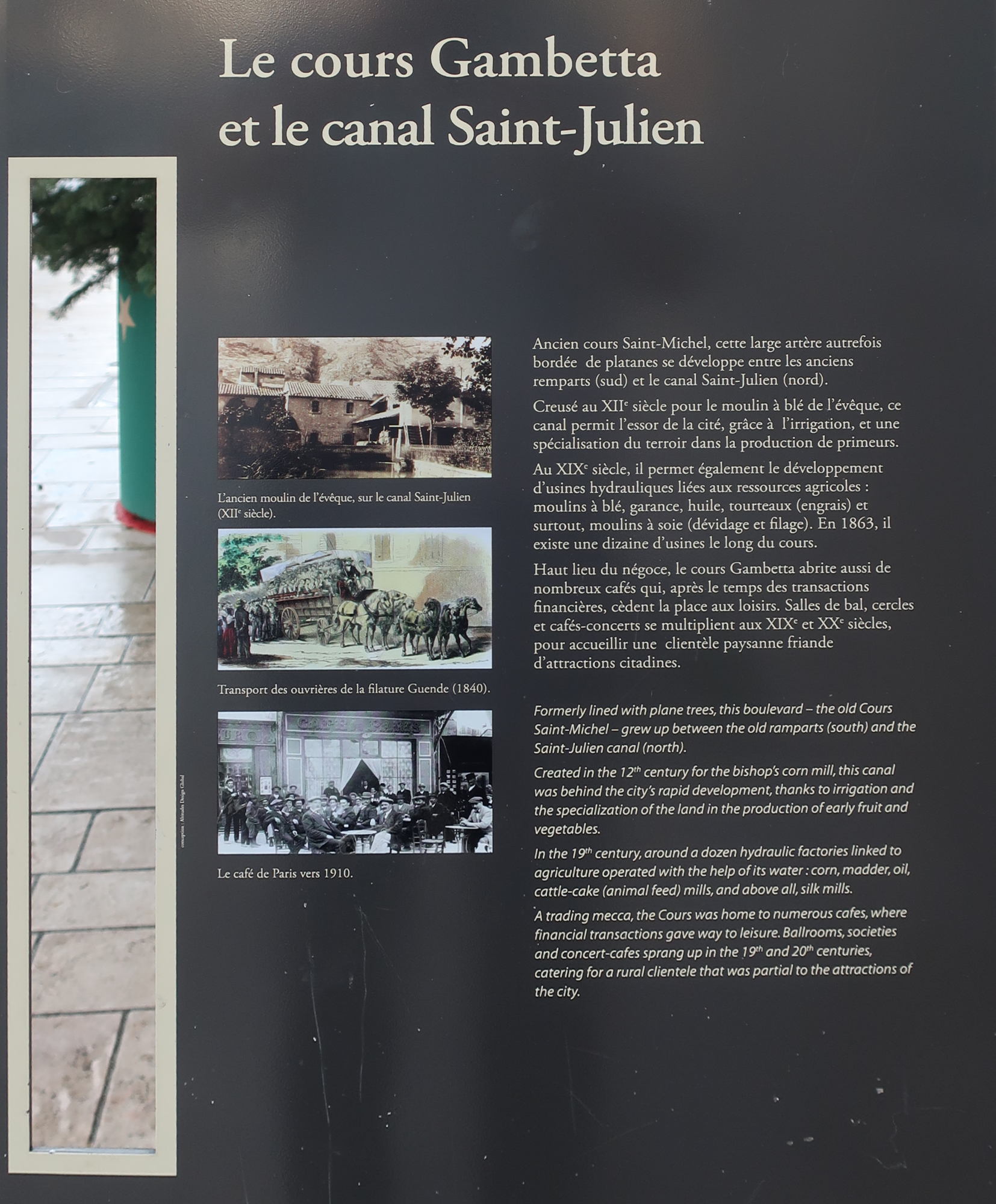 It’s a bit difficult to read at this resolution, but basically it points to this boulevard as a center for hydraulic power that drove a significant industry in this town, 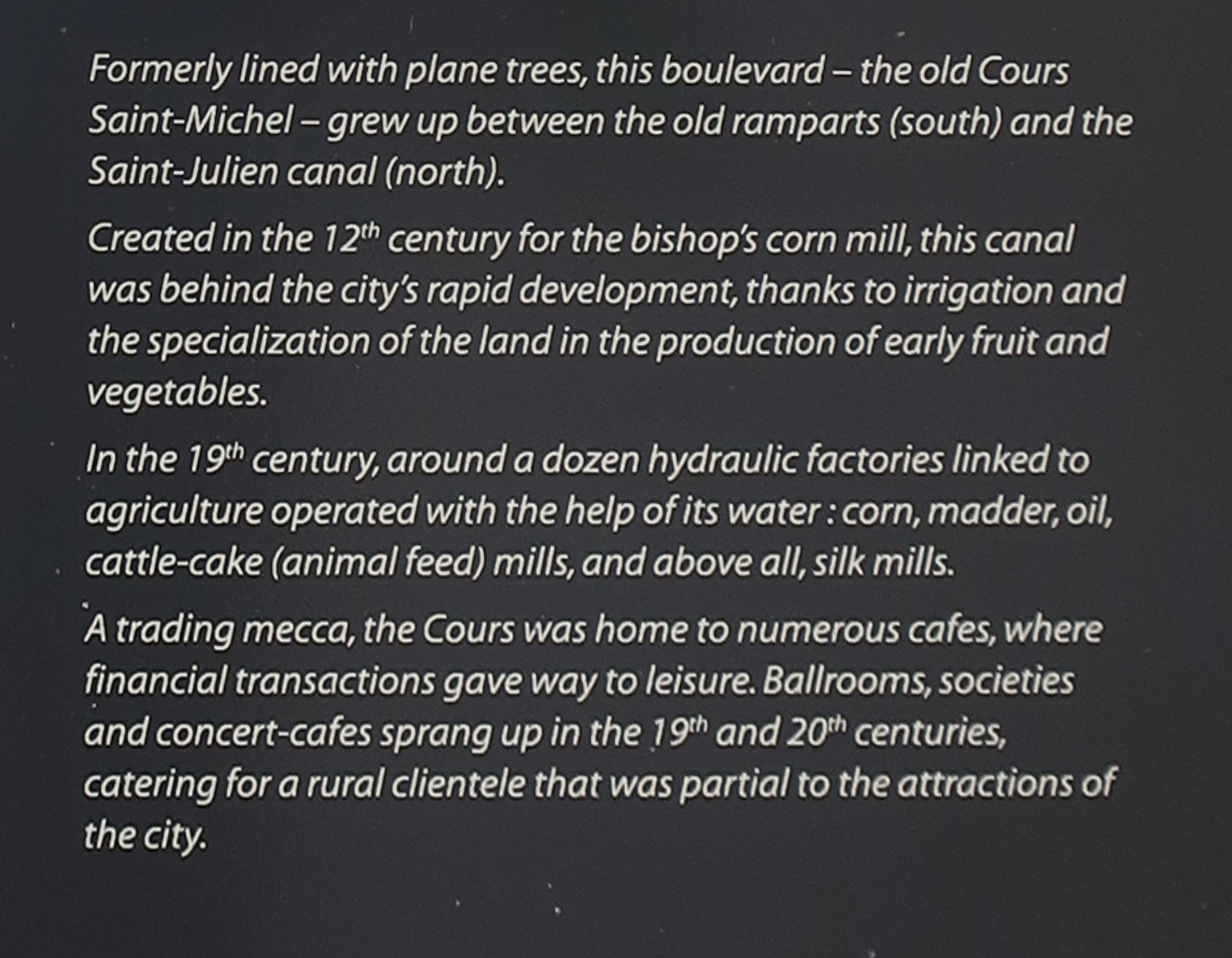 I’ll also show an expanded view of the figures: 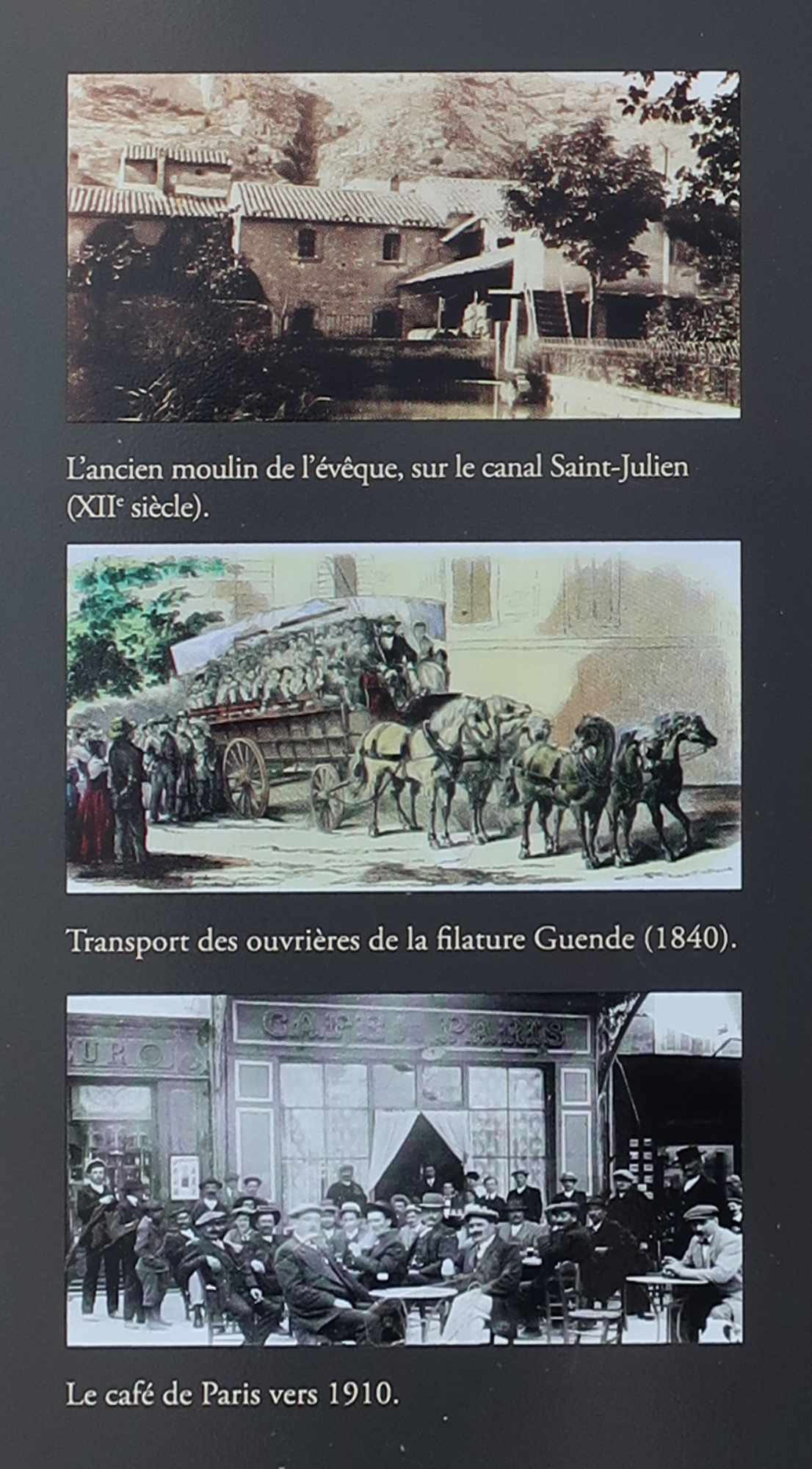 So, except for this historical sign, there is nothing really remaining in the town that would inform visitors like me that Cavaillon was once a quite important manufacturing village, relying strongly on hydropower.