As artistic a snap as I thought I could take of a building in the French village of Belfort, in the region known as Bourgogne-Franche-Comté, 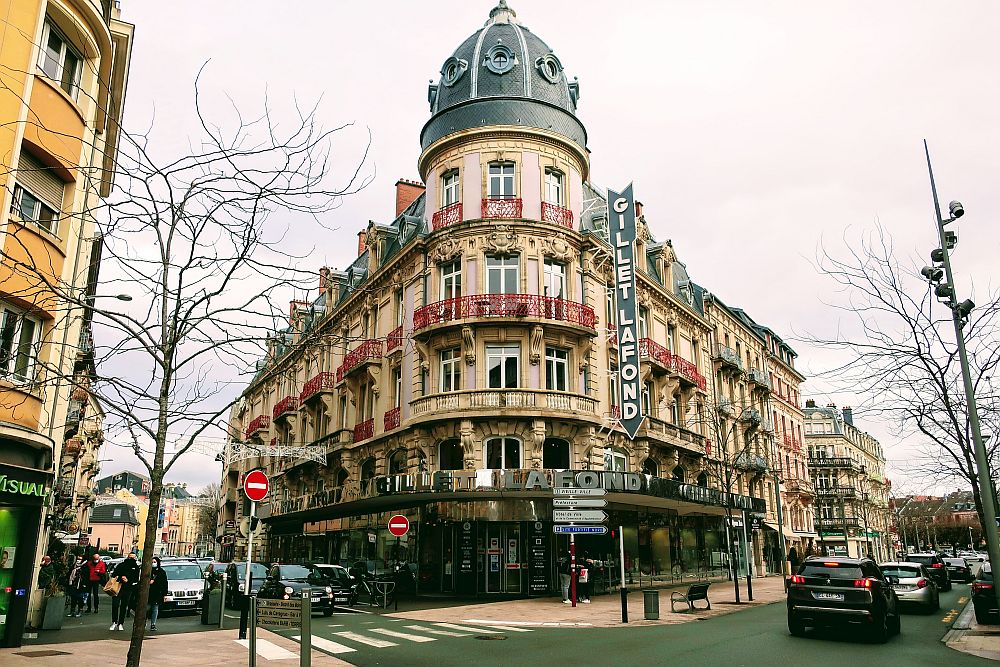 Yes, if Bourgogne sounds familiar then it probably is: it’s the original French word that is translated as Burgundy, and it’s where the French wine of the same name comes. Belfort itself is an interesting place with many historical sights and an often-flipped past; at times it belonged to Germany.