Continuing Part 2 of the series, the neighborhood is called “The Island,” it’s built on North Padre Island (a barrier island off the coast of Texas) – and it is arguably the ugliest neighborhood in the United States, or anywhere. As you can see over my shoulder in the photo above, most of the houses have no landscaping – just ugly, bare sand. 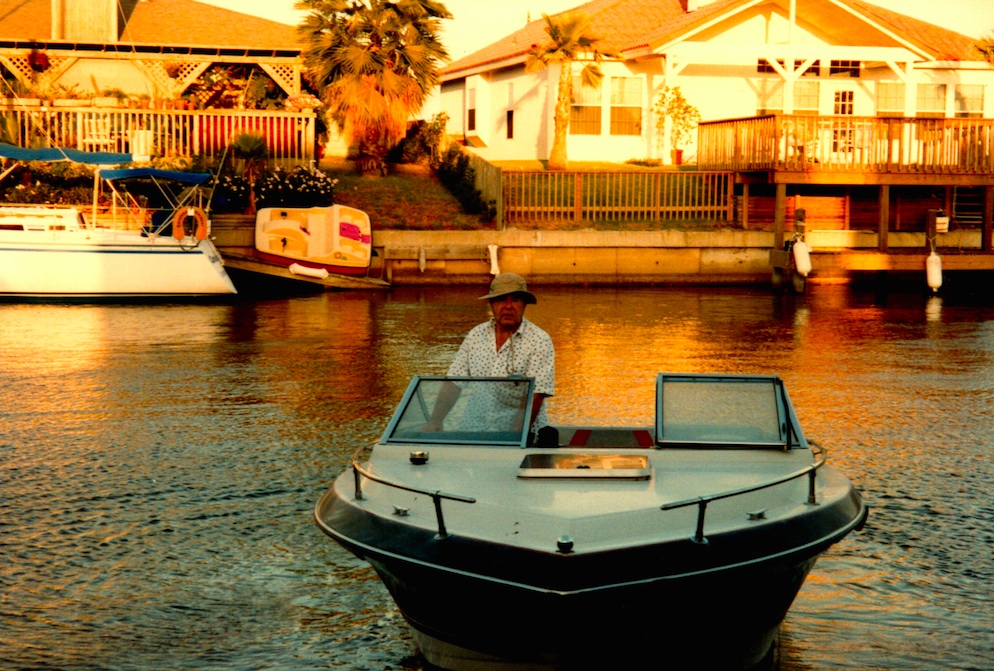 The Island is carved into dozens and dozens of canals, just like Venice only much bigger, and each house is built directly on a canal.  So instead of making the fronts of the houses look pretty, it is their backs, facing the canals, that look spectacular. 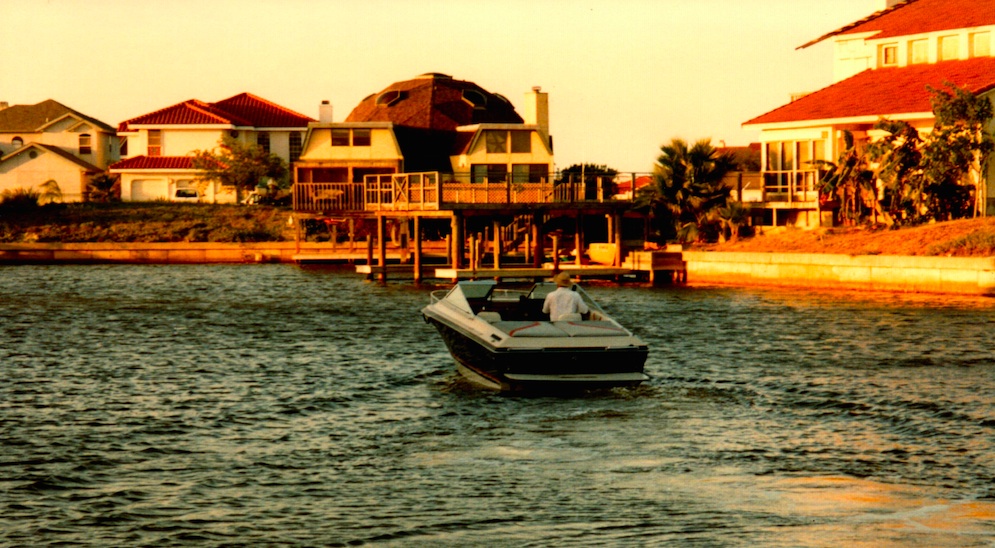 Because the canals all lead to the Gulf of Texas, they are filled with saltwater fish – making it one of the few places in Texas that you can do saltwater fishing directly from the dock on your house!