I honestly, positively cannot believe it – today marks the 20th anniversary of an article that appeared that described my work at the Max-Planck-Institute in Stuttgart! 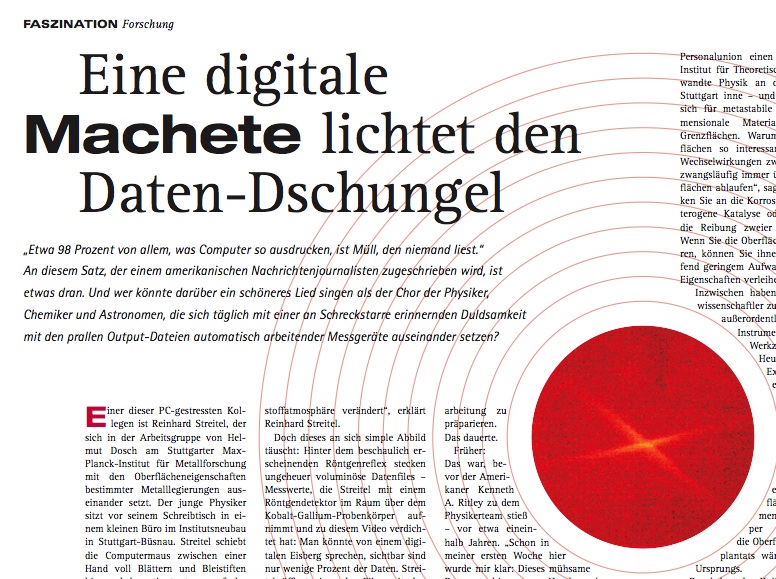 I’ve done a lot of things in my life that have made me proud, usually challenges I tackled that worked out well.

But this is one of those whirlwind cases that start out as something innocent and simple but then explode into something you could never, ever possibly predict! In this case, a little software application for my “office buddy” to visualize his scientific data that was subsequently downloaded and used by thousands of scientists!

I have documented the full story about ScanRead and DataScan.